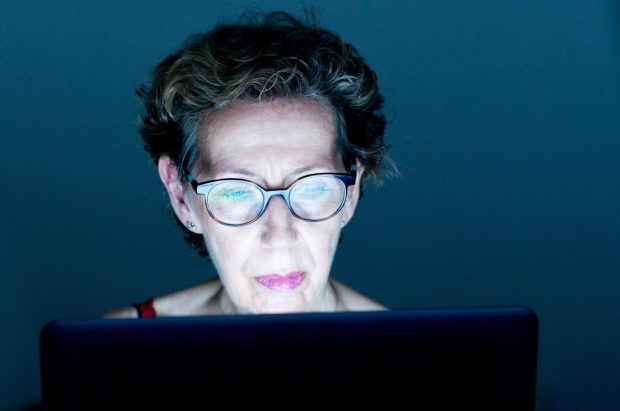 By Martin Gladman · On July 8, 2017 ·Photography by Nico van Haastrecht

In 1911, two anonymous men invented a contraption that used light to attract insects. When the insects made their way over to the light, drawn in by its shine – ZAP! – they were killed via a 450-volt electric shock. Back then this device was reasonably primitive, but as time progressed this little invention has come to be known by many, especially in more rural areas, as the humble bug zapper.

More formally known as an ‘electrical discharge insect control system,’ the logic behind the bug zapper was simple: find something that attracts insects, something that lures them in, then set up a trap, so that although they think they are ‘going to the light’ they in fact are being lured to quite an unpleasant doom. With bugs being so easily fooled, it is no surprise that this little machine now carries names along the lines of ‘the exterminator,’ ‘the annihilator’ and ‘the enforcer’.

In 1928, seventeen years after the development of the electrical discharge insect control system, we saw the invention of another contraption, a machine that could flash light onto a screen in such a way that captured a moving image that was happening somewhere else, casting an illusion it was happening in front of us. At the time this device was revolutionary, although initially, much like the bug zapper, quite primitive, but with the many technological advances that have come to be, we now know this machine more commonly as the television.

As time has progressed, not only now do most homes across the world have a television (in 2011 it was reported that there were 18.7 million working television sets in private dwellings in Australia, that’s an average of 2.2 per household (1)), but they also have multiple other screens like tablets, smart phones, laptops etc., which like the television, manipulate light to make us think something is happening in front of us, when it is, in fact, not.

According to The Nelson Total Audience Report, in 2016 the average American spends over 50 hours a week staring at screens, purely for entertainment purposes (2). More frightening though, according to another report, is that there are countries such as China, Indonesia, Brazil and Vietnam where their screen usage is even higher than America (3).

Now for some this may not seem like very much, but when we break this down, as stated by Douglas Gentile, Professor of Psychology at Iowa State University, in any given week we experience 168 hours (4). On average, the working week for most makes up 40 hours of the week, sleep takes up roughly 49 hours per week (based on 7 hours of sleep a day), personal care such as eating, cleaning, dressing etc. takes up roughly 21 hours (3 hours per day), which leaves us with 58 hours of free time each working week – over 50 of which we are spending on screens, entertaining ourselves. That’s quite a lot of hours.

To expand on this though, in an average life of say 80 years, we experience 4160 weeks of life. If, for the purpose of this exercise, we crudely crunch the numbers, that’s 208,000 hours of our lives that we spend looking at screens, not for work or practical reasons, but purely for entertainment. Of course this number will vary between people depending on their age, location, socioeconomic and lifestyle choices, but again, for the purpose of this article, let’s use this number for the sake of example.

To put this number into perspective, it takes roughly between 600-4480 hours to build a house (5), around 9600 hours to become a sports expert and an estimated 26,880 hours to become a leading astrophysicist, with this number being inclusive of both study and experience (6). That’s a little shocking, to say the least, when we compare the timescale of these productive activities to the 208,000 hours of entertainment based screen time.

So what if we dedicated just one tenth of this time (that’s 20,800 hours) to doing something other than staring at a screen for entertainment purposes? Considering that 60% of all deaths and 43% of the global burden of disease could be prevented by basic self-care (7), what would happen if we used just one tenth of that time – nothing more, nothing less – to caring for and nurturing ourselves? What would this mean for our health and quality of life? Not to mention our healthcare systems, budgets, superannuation etc.

But what if we spent this time, again just one tenth, dedicating it to supporting or contributing to humanity? What if, for example, we did decide to become an astrophysicist? Not only could we keep a day job, cook, clean and sleep, but we’d then still also have another 181,120 hours to spend on anything else we wanted to do. Imagine what we could do with that time!

So, bringing it back to the electrical discharge insect control system, is it possible that our screens are in fact not too dissimilar from the bug zapper?

One would hope as a human species we’re a little brighter than bugs, and for the most part we are, in that if one of us turned on a television and we were zapped to death, then another person did it, we would most likely stop turning on televisions.  But what if the ‘death’ in this circumstance isn’t one that is instant, nor literal in the sense that we physically die? What if it was one that is subtler, more longitudinal and more about zapping us not only of our ability to apply ourselves to life, but also robbing us of what we could each be bringing to ourselves, to each other and to the rest of humanity? When you think about the contributions just one person can make to humanity, let alone hundreds or millions, this situation is quite disturbing.

Maybe we aren’t as clever as we think.

So next time you watch and laugh at bugs who lose their lives as they get tricked by a false light, consider for a moment that maybe so too are we, and if we’re laughing at the bugs, it would be interesting to consider who it is that is in turn laughing at us, for boy oh boy, would they be laughing – it’s a rather sadistic form of entertainment.

Will we continue to be tricked by the illusion that is entertainment, or will we flip the switch and expose that ‘light’ for being nothing more than what it is – false. Or will we take a look outside at the stars and see an example of a true light, one that burns bright and reminds us of who we are and all that we are capable of? I know what I want my life to be about and I’ve wasted more than enough time being consumed by false lights.

Could it be that we have been sucked into an ’electrical discharge human control system’? I’ll let you decide.

Further Reading:
Where does our entertainment stop?
Technology: Are you Connected?
Television was my Religion
That’s entertainment? Wired for distraction

Martin Gladman is a Social Worker, Counsellor, Life Coach, Teacher, Public Speaker and Complementary Therapist based in Melbourne, Australia. Martin presents and teaches simple and practical ways of responding to life, supporting people of all ages to rebuild, reconnect and recommit to living a life that is vital, full and healthy. Martin has supported people world wide, of all ages and backgrounds, to re-engage with life, establishing real and sustainable change for the better.