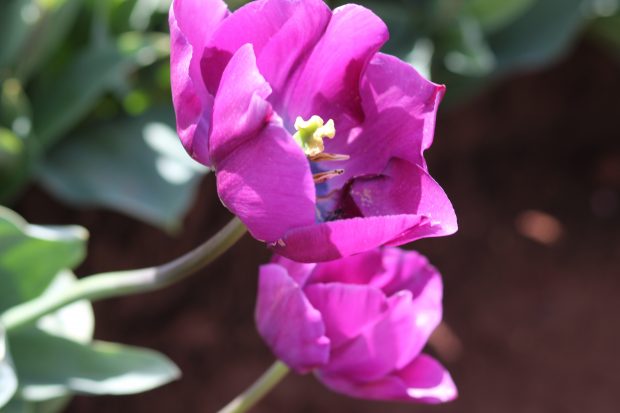 Our Relationship with Ourselves is the Start of All Things

By Alexis Stewart · On October 20, 2016 ·Photography by Leonne Sharkey

When I was about 20 years old I momentarily pushed my pet hamster under water in anger because it bit me. I had bought myself a hamster because my best friend had a couple and it seemed like a really cool thing to have. I remember feeling disappointed that I got absolutely nothing back from my hamster… it didn’t make me look cool and neither did it love me.

In my late teens and early twenties I relied on boyfriends for my sense of identity. I made sure that I was never without a boyfriend or at least someone that I was chasing because I felt that without a boyfriend I would not have known who I was. Flirting and hooking guys in was a constant game and one I played even if I wasn’t particularly interested in the guy.

As far as my relationship with myself went I don’t think that I consciously knew such a thing existed and anyway, I thought that I was fine as I was.

What is startling for me to realise when I look back is that I wasn’t at all aware of how much I was struggling, even though I was binge eating, in desperate need of attention and pissed off a lot of the time. In fact I was more than pissed off, I was actually livid! At the time I was very clear about what I perceived to be the cause of my anger; I thought that it was ‘other people’ that made me angry, especially what I considered to be the ‘stupid ones’! I would feel so much anger building in my body when I was listening to certain people talk that I would imagine doing horrible things. This happened a lot and yet still I had no conscious awareness that I wasn’t ok.

It has taken me a long time to understand why I felt the way that I did, and that understanding has been supported immeasurably by the teachings that Serge Benhayon shares through Universal Medicine. It is because of this increased understanding that the judgement that I have towards myself has decreased: however the judgement that I still have towards others indicates that there is a lot more self-judgment yet to be uncovered.

I have come to feel that judgment comes from lack of understanding: once we understand why a person is behaving the way that they do, it becomes impossible to judge them. That’s not to say that we can’t be horrified at the appalling things that happen in the world, of course we can and indeed we are, but understanding takes any judgment away.

Looking back, I recognise that I was in anguish. I had chosen to disconnect from myself to such an extent that I had literally broken adrift from any kind of footing that I had.

I was lost at sea with no idea where land was. What is fascinating now for me to feel is that although it was a very painful time of my life, I had very little awareness of the pain that I was in and the reason why I was unable to feel the pain that I was in, was because I had chosen to sever my connection to myself.

I chose to disconnect from myself at about the age of 8 because I didn’t know what to do with the painful feelings that I had in my body as a result of being picked on at school. I hardened myself to give the false impression to others that it didn’t hurt, when in fact I felt like I was being suffocated from the inside. From that point onwards I continued to harden my body and bury my feelings in a myriad of different ways and eventually ended up so far from where I had begun that I forgot that I once had a starting point of Me.

What makes our disconnection from ourselves even more harmful is the fact that everything, as in every-thing that exists outside of us, is set in motion first by our relationship with ourselves.

This is colossal because most of us have chosen to disconnect from ourselves at some point in our lives, which sets up a mirrored response in our outer lives. If we have a dysfunctional relationship with ourselves, then this will result in dysfunctional relationships with everything and everyone else. It’s basic maths, there can be no more or no less. But because we have chosen to pretend that we don’t know how life works, then we all scrabble around making out that we really can’t understand why life is so hard.

Women spend lifetimes talking to one another trying to fathom out what deep down they already know. But who’s going to be the one to stand up and call out the farce? “Not I”, I hear you cry, and we all know why. We are all involved in a cover-up of such gargantuan proportions that we have made a silent pact to not break the silence… and so we all keep the charade going whilst pretending to know nothing about it.

Deep down every single one of us knows that it is our relationship with ourselves that sets every-thing else in motion, but the responsibility of that feels too big and so we pretend that we don’t know.

What I have come to learn from my own experiences since attending the workshops of Universal Medicine is that if I want to change any-thing that is outside of me, then I must change it in my relationship with myself first. Others can only get as close to me as I get to myself. If I want to be loved for who I naturally am, then it is my responsibility to love myself in full first. If I want to stop judging those around me then I must stop judging myself. Life is maths, nothing can exist outside of us that doesn’t already exist on the inside: we can’t conjure something up out of nothing, it’s just not possible. Likewise, if there is something going on outside of us, we can’t throw our hands up in the air and say “Ain’t nothing to do with me.” Again basic maths – if it’s on the outside then it’s on the inside.

Our relationships with others become the most incredible tools to see what needs addressing in the starting place of every-thing, and that is in our relationship with our self.

When we have each returned to our true relationship with ourselves, one that contains love and nothing else, then so too will our world be a reflection of that love.

By Alexis Stewart, Dedicated Student of The Way of The Livingness, Partner to an amazing man, Mum to a beautiful boy, Yoga Teacher, Disability Care Worker, Sydney

Further Reading:
Returning to our essence
Being Chinese – Being True to My Self
Is that all there is?