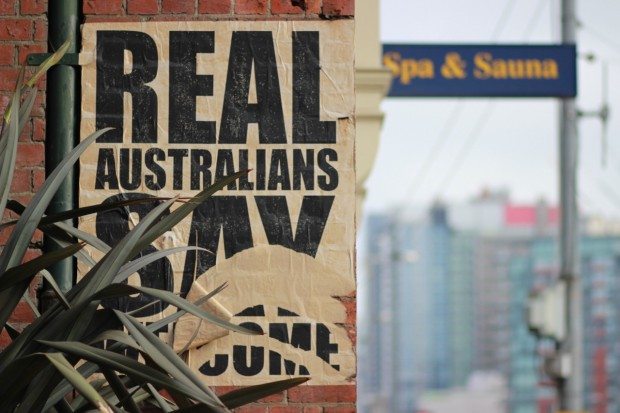 By Christopher Murphy · On November 25, 2015 ·Photography by Leonne Sharkey

“Another boat with Refugees found capsized, 55 dead, many of them small children”. (News Headlines)

As I walked on one of the treadmills at my local gym today, focusing on my own body – how it felt, how I was breathing, making sure I was connected to myself – I had quite a realisation.

I have observed that there is a lot of fuss about refugees at the moment – in the media, on political agendas, basically everywhere you look. No big realisation perhaps, but this realisation came when I pondered upon the reception they are given; how we actually meet them?

There is this huge ‘problem’ (as some people are putting it) called refugees. We call them a problem before we even meet them. They flee from war, famine and many other forms of abuse. Many are already broken, sick, injured, or all of these. Many have been abused before, during and even after their plight: some raped and beaten, some have seen loved ones murdered, or drowned, and they have risked their lives (some many times over) to escape their tortured existence. They arrive most often in the West and are invariably subjected to hate, discrimination and further ‘mental’ torture when they are already in a state of total desperation.

It’s as though they are not humans, they are something else – a burden on us, a nuisance, a plague of unwanted debris – and not our responsibility. And we are told by politicians and other authorities that they come here and cause problems, they have no money so we have to support them, they are lazy, they are criminals, all tarred with the same brush; we are even told that many of them are supposedly ‘undercover terrorists’ that will try to kill us in the years to come.

And this is not a question of politics, e.g. of political parties saying “Yes” to 5000 more refugees when they know there is an election on the horizon, or saying “No” to the same question to catch the other end of the vote.

On considering this further I wondered – have we forgotten that we are all the same? And that despite our circumstance, no one person is better than another.

And I also wondered why we feel this way about refugees … particularly as not too many generations ago many of our families were refugees in one form or another.

We do not own this planet, though many think they do. We are all one global community so anything that happens on this planet is for us all to consider. We are all custodians of this planet – and this crisis of refugees is on our watch.

What if rather than the question “What should we do with them?” or “How can we send them back?” we might consider –

“What is truly going on here that in our so called modern age (with all the technology and infrastructure that we have) we have ‘refugees’?”

Surely with all the technological advances etc., human atrocities like refugees should be long since extinct?

How then can we work together as a global community to reframe this issue – more so as to offer the true support that is needed? And why is it that this problem is worsening by the day and yet many of us are watching as bystanders? Or seeing the harrowing pictures on the news yet are not feeling to speak up or act in some way?

I’m not raising this here so that we necessarily each drive down to our nearest port and collect and house every refugee (though that is an option), but so that we take a step back and look more deeply at what is going on. And if we do take a step back and ponder, we may just realise there are many ways to help; individually, as groups, organisations and governments, and that even the smallest things can move mountains as our collective creativity knows no bounds when we open up our hearts to these societal atrocities.

If we treated this as a community issue and worked on this together we might consider many options – it could be just by making one meal for one refugee or it could be taking a family into your home and treating them as your own family (as here on earth in truth we are just one big family). Or people of great wealth, companies, institutions, governments, with many homes or properties or resources, could provide “homes” (not just shelter) for several or many families. Every drop, from the tiniest kind word uttered from a place of love to the grandest action, will help the world become a better place for us all to live in, together.

If we stop to realise that together as a worldwide brotherhood we could act to make changes together, to meet these fellow equal human beings with compassion, with love, honesty and respect instead of the way we treat them now, perhaps they would no longer be the ‘problem’ we all fear.

What if the ‘refugees’ became an equal part of our society, as they all truly deserve to be, no longer mirroring the hate and mistrust we project onto them? And in this they could start to feel ‘safe’ again?

There have been refugees in society for many lifetimes. It is obvious here that the issue is not going away, but worsening, and that we haven’t as yet got to the root of the issue nor to the truth of a response.

Isn’t it time for us to consider this more deeply?

Living in the comfort of a lovely little town close to the Oslo fjord in Norway since 1991, although I often wonder what I am doing way up here in the frozen north, as I do love the hot sun and sea of warmer climates. Brotherhood is the real deal for me, not least at work in the kindergarten with my tiny fellow brothers, human beings. Lover of diversity, nature (that is absolutely gorgeous over here), cooking and now expressing through the written word.