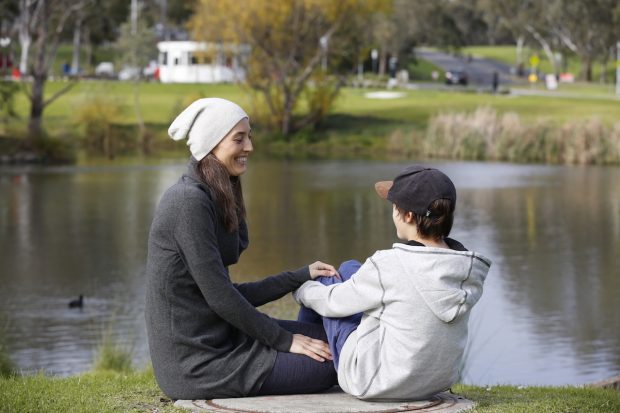 By Maree Savins · On July 19, 2016 ·Photography by Emilia Pettinato

What’s really going on for us when we become addicted to something? I’m not just talking about addiction to drugs, I’m talking about those subtle addictions that go unnoticed as they are seen as socially acceptable.

From what I have observed in life, subtle addictions appear to be different for different people. It might be going hard with exercise, eating a particular food like hot chips after a stressful event, a glass or two of alcohol to end the day, obsessive surfing, visiting the pub, the pokies, football, lawn bowls, sport, lollies, cigarette smoking, a handful of nuts before bed… these are only some of the addictions that I have clocked so far.

Personally, I have recently let go of a 20-year addiction. I knew it for years, my friends knew about it, but I just couldn’t bring myself to stop. This addiction ran through three generations, and so it was something we all shared as a family. In fact, our addiction gave us something in common and so it became our social glue, so to speak.

It’s time to own up!

For 20 years I have come home from work and turned on the TV to watch the series Bold and the Beautiful. That’s my addiction (one of them at least).

If I had an appointment and couldn’t get to a TV, I would record the episode and watch it as soon as I got home, not wanting to miss it even though it could go weeks before something significant happened. If I forgot to record the show, I would ring one of my fellow viewers or wait for the repeat at 9am the next morning.

As I began to explore my addiction to Bold and the Beautiful, I remembered back to the early days when I would get home from work and feel quite agitated. I would make a cup of tea and sit down to watch the show to ‘unwind’. It was ‘me’ time, a 30-minute block in my day just for me, where there was to be no demands upon me. This continued into my parenting years.

It had become clear to me over the past few years, as I observed myself and my behaviour more closely, that there was much more going on than just watching a TV series.

I could see that at the end of the episode, I would actually be quite annoyed and frustrated and would say “that show is ridiculous!” – but the very next day you would find me in front of the screen again. I just couldn’t bring myself to stop… that is, until last Christmas when the decision was made.

Through all of this, I didn’t turn the TV on and am still coming to terms with the reality that the real reason for the addiction was because I had not really honoured myself during the day and had taken on way too much, jumping to the demands of others at work and in the home.

Training everyone to leave me alone at 4.30pm on a weekday was imperative because it gave me breathing space, just for me, but I had to question why I was living in such a way where I so desperately needed to escape.

My Bold and the Beautiful addiction was a time where I could check out of the realities of my life that I did not want to feel or deal with. I could involve myself in the glamour of the show, the beauty, the gorgeous clothes, the relationship drama, not to mention the emotions… a lethal concoction. It was all above board for it was just a TV show… wasn’t it?

It was quite timely that during my withdrawal period, I was observing a young boy I know well, who was addicted to screens. After playing a particular game, the child would talk incessantly like he was on speed and would talk only about the characters in the game. It could go for hours at a time. When he spoke he felt so intense that it literally took my breath away.

I observed how the child used the game to connect with others, because that was the next best thing to a true connection. I could identify with this obsessive nature.

Acknowledging my own socially accepted addiction allowed the understanding so that we could talk about what was really going on for both myself and the child, and we made a decision together to connect with ourselves more deeply, and to start sharing about our own ‘real’ lives.

We purposefully began to speak about our day and how we were feeling, not as we busily worked on something else; instead we sat down and shared intimately.

Purposefully reviewing the details of my day each afternoon, instead of checking out to Bold and the Beautiful, allowed me to make small but significant changes so that this ‘me’ time was not something I needed desperately. I made sure that ‘me’ time became the little things throughout the day, like taking a break from the computer at work and going outside, enjoying a bath, a moonlit walk, or cooking a special meal.

And although I can still feel the inner stirrings around Bold and the Beautiful, a particular lure to sneak a peek, what I now know is that the change that has been offered to me is far more lovely than the checking out that I previously subscribed to.

Checking out allowed me to bury my feelings, but only until such time that they bubbled up to the surface to be dealt with anyway.

There is far more going on with our subtle addictions and obsessions than we may allow ourselves to acknowledge, and although they may look OK on the surface, the energy in our bodies that we can feel driving us is not so pleasant at all. Digging a little deeper to find out why we are doing what we are doing, can provide an opportunity for us to make true and significant change towards a more honouring and fulfilled life.

Further Reading:
Tattoos and Tattoo Removal: from Addiction to Self-Acceptance
The Addiction Nobody Discusses
What is addiction and why do we become addicted?

In my childhood I grew up on a farm which provided the ultimate freedom to explore. The country lifestyle was simple and fostered my natural curiosity about life, people, nature and our natural cycles. This way of life was impressionable, leaving lasting memories that I still cherish today as an adult.