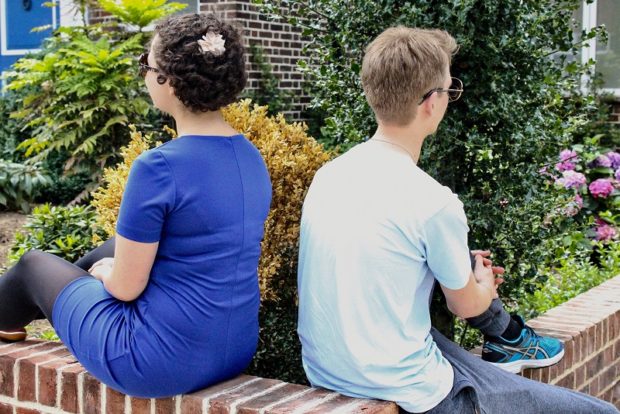 Couples, Family, Relationships 404 Comments on The Break-Up I’d Rather Have

The Break-Up I’d Rather Have

By Michael Brown · On September 10, 2018 ·Photography by Dragana Brown

Almost a year ago, as I write this, I split up with my girlfriend of nearly 2 years. Prior to that we had been friends for 3 years, getting to know one another. During our nearly 2 years together as a couple, we had plenty of amazing times: road-trips across Europe, her visiting me in Australia whilst I was doing an internship in Sydney, my spending days in Amsterdam with her during her placement year and naturally numerous wonderful dinners, walks and musings across London Town, where we lived together.

When the time comes in any type of relationship for it to change or move on, we can get hurt, build bitterness, experience resentment or even go as far as taking revenge, particularly when the relationship is romantic – something most would say we hold as being very precious to us. As a 21 year old man, I have seen too many of these instances to count, all the way from primary school till now, with school friends, colleagues, relatives, people in my life in general and even what comes up on social media where it’s as if there’s a rule that where there is a break up, there is a drama. Insulting names get hurled around, accusations, blame, fury, rage, friends/families split sides, so called ‘evidence’ ends up being posted online and what not.

What’s interesting for me was that for many years, this was all I saw, so this was part of the package, i.e. ‘normal.’ When my first girlfriend and I broke up, it was arms up in the air ready to blame, shoot threats, lie about her/the circumstances/events and at the same time do everything to get back with her (seems crazy I know!).

I had the same experience with my second girlfriend. I made it clear that there was no contact to be made, let alone friendship to be had. I made the same clear to all her friends, some of whom with I used to have lovely, close relationships. All that just because they were involved with her and part of her life in one way or another. Seems mad when I look back now at how many wonderful human beings we can cut off from our lives just because of one hurt, allegedly from that one person. I say allegedly deliberately, because life experience has shown me that we get hurt by ourselves, not by others.

For me to look back at this and see the unfounded behaviour with clear eyesight as I do now, may make you wonder if I have had some sort of a wake-up call or a revelation as to the fact that this was not the way I knew we should respond when our relationships came to an end.

So, if you are wondering – the reply is a resounding Yes.

This moment came when I travelled to the little town of Hoi An on the East coast of Vietnam. It was there that I was invited to be part of a family dinner with Serge Benhayon and his household and had the most magical dinner that would completely transform my perspective on relationships. The dinner was full of the freshest fish, greenest veggies and most delicious desserts. However, it was not the food that would hallmark this assemblage for me: it was the interactions instead.

Gathered around the table were Serge Benhayon, three of his four children, Miranda Benhayon (Serge’s wife) and Deborah Benhayon (Serge’s ex-wife). The very scenario of a current and an ex-wife sitting at the same dinner table could well be (and I’m sure has been) the basis of some comedy sketches. However, in this instance it was more of a parable than a comedy, although there was plenty of hearty laughter at the table too.

What I witnessed at that dinner table was beyond what I could even take in at the time. Here was a family who by all laws of societal norms should have had a great big division sign down the middle with children choosing sides and their favourites, wife and ex-wife bickering, hostility, disparaging remarks towards the husband from the ex-wife, jealousy, comparison, envy… the list goes on and on. This family however was clearly bucking the trend. This is a family where it didn’t matter what their titles were within the family unit – mother/daughter/ex/present/father/sister… irrespective of all the circumstances, there was not an ounce of undertone in the conversation, not a sliver of jealousy, nor looking down or up at any other member. To see that this was possible, let alone a reality lived with such ease, was a mind-blowing experience for me.

So, what was my take away from this dinner? And no, it wasn’t the left-over fish or the most amazing desserts – those I managed to polish off there and then. My take away takes us back to the beginning of this blog and to my most recent girlfriend.

The process of the romantic side of our relationship coming to an end took a few months and many heart to heart conversations. At times we stumbled across a few challenges and frustrations, yet we never completely abandoned our sense of humour, or the knowing that we were merely learners and teachers of our own life stage. We continued to live as a family, sharing meals together and supporting each other where and when needed.

Even after we both agreed the time had come for the romantic side of our relationship to end, which included physical intimacy, we carried on living together for the next 8 months. I worked on holding nothing against her and to continue to love her as a friend. We went on weekend trips together, shared conversations and cooked for each other. During this time people around us gradually became aware that we were no longer ‘together’ but still living together, and some of the remarks I heard during conversations made me stop and consider how rare our situation actually was. How rare it is to continue to love one another, when the access to bed chambers has been closed off. Remarks that came were: “She’s still living with you? Doesn’t she have her own family?” and “That’s so weird!” “Must be very tense?!”

I couldn’t help but appreciate the role models in Serge Benhayon and his family and how they had inspired me at a very young age (I was 13 on that trip to Vietnam) to take the same/similar steps years later and to walk through the whole process of my own separation from a girlfriend with greater ease, dignity and LOVE. Based on what I have seen in society, it is blatantly obvious it would have been much more ‘normal’ and socially accepted to go the usual route of hurt and all that accompanies it: resentment, bitterness, blame.

Published with permission from the Benhayon family and my ex-girlfriend.

By Michael Brown, Maths Student and Manager in Retail

Further Reading:
End of a Relationship and the Expression of Love
What is the Science of Appreciation and how does it evolve all of our relationships?
Relationships are about evolving – the key to making relationships work

With love of people at the core of his raison d’etre, and all things numerical, scientific and humourous (or was it houmous ?), maths student with distinctions, a retail manager, community volunteer, piano player, delicate, dashing, and all in all, downright debonair.