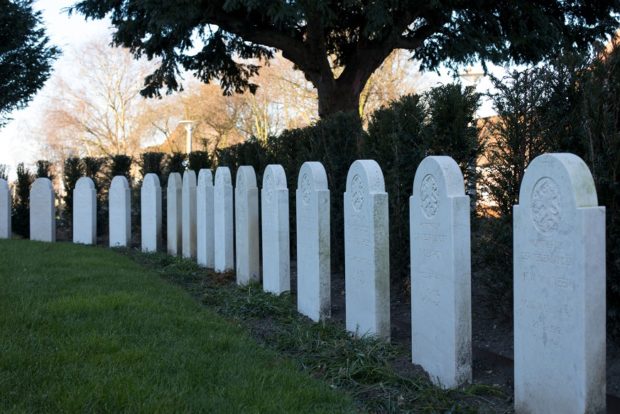 Global Issues, Social Issues 584 Comments on The Evil in War

The Evil in War

By Elizabeth McCann · On March 31, 2018 ·Photography by Nico van Haastrecht

The dictionary’s definition of war is “a state of armed conflict between different countries, or different groups within a country.” (1)

The word ‘war’ comes from the old high-German language word ‘Werran’ – to confuse, or to cause confusion.

There have been many wars recorded throughout our history, and equally well recorded is the devastation wreaked by armed combat. War results not only in the enormous loss of life of those involved, but also in the loss, pain and grief experienced by their immediate and extended families, and also by their network of friends and acquaintances.

In the earlier combats, the causalities were mainly the result of what happened on the battlefield, but with the advancement of technology, war has increasingly caused chaos and destruction, not only on the lives, cities and lands of people engaged in the war, but also on neighbouring countries too.

Now, I have never been to a battlefield, but I have seen first-hand the destruction caused to the human frame and the emotional state of soldiers who had been on the receiving end of chemical warfare.

In the mid-80s when I was working at a London Hospital, I was called out one night to come and x-ray some soldiers who had been poisoned by mustard gas in a Middle Eastern country.

I was shocked to my core by what I witnessed that night as stretcher after stretcher was brought in of young men with a picture of their country’s leader resting on their chest. Their injuries were appalling: their skin was burnt and covered with blisters, their eyes sore and smarting, their noses running, but worst of all, they had the most horrendous coughs as their lungs had been burnt from the inhalation of the gas. I could feel how sad, miserable and broken these men were, and some of them were only sixteen years old.

Here I saw first-hand not only the epitome of the meaning of the word war – to confuse or cause confusion – but the true horror and real effects of war.

Mustard gas causes internal and external bleeding. It attacks the bronchial tubes (airway tubes), stripping off the mucous membrane. In severe cases, it can take a person four to five weeks to die of mustard gas poisoning.

Later, I was horrified to read in the newspapers that these young men had been flown across to the UK and other countries in Europe for propaganda purposes. They were used as pawns by their own country to prove to the international communities that a rival country was using chemical weapons.

There was no consideration for the suffering or wellbeing of these men: they were pawns in a political game. They were placed in a pressurised aircraft cabin with a severe lung condition, where one soldier died en route and others died later in hospital. They were removed from their loved ones and sent away to a hospital in a foreign country where they did not understand the language. They were used to demonise the country that was using the chemical weaponry and to rally support and sympathy for the country whose troops were being poisoned by the mustard gas.

My limited exposure to some of the atrocities of war has left me with a feeling of the futility of it all. When will we ever learn that in war there are no winners, just maiming, loss of life, untold misery, suffering and destruction? The end of the fighting on the battlefield in no way means that the war is over.

The suffering and misery of armed combat can continue for many years. Landmines planted during conflicts continue to explode, often killing and maiming adults and also children. Also there is the question of the state of the mental health of the men and women returning to civilian life. Having seen first-hand the horrors of war, I wonder how are they going to cope? In 2010, 462 service men were killed in action in Afghanistan and Iraq and another 468 took their own lives after the war. (2)

Proof, if ever there was proof needed, that war continues long after the ceasefire.

When will we ever learn?

Further Reading:
At War With Ourselves
Similarities Between the Start of World War II and Brexit
History repeats itself, war after war: on Greek tragedies, Love actually and a true beginning to the end of war

Loving my elder years living in beautiful Salisbury, a small city in southern England. I am often found enjoying the beauty and joy of the kingfishers as well as the abundance of wild life that have made the water meadows their home. I can also be found supporting with love and dedication the amazing work being carried out at a junior school and also at a couple of hospitals within my community. A writer, walker and gardener I am forever deepening my relationship with myself, so as to uncover more of who I am and my purpose for being here on earth.