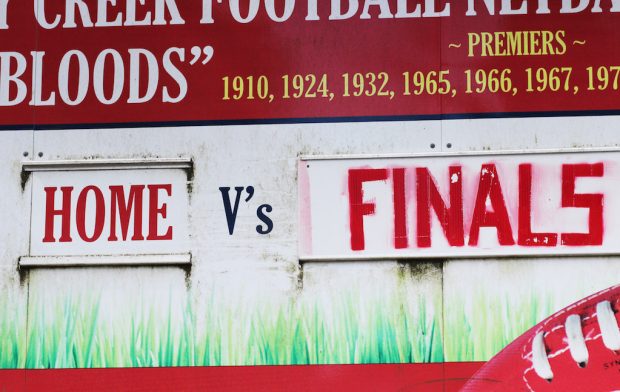 An article by Adam Warburton ‘Sport, Competition and Fiery Debate’, with the comments and the associated discussion, have got me reflecting on other life experiences with sport, competition and any team events, and what else may be really going on beyond the surface level cheering crowds and uniforms.

What is it we crave and seek in the apparent unity of a sporting team, and is it really being delivered?

Whilst I was never really into sport, as participant or spectator, I had an interesting brush with premier league soccer in the UK. I lived for a time in a northern English city, once built around the cotton industry but now pretty deprived; a hardened and miserable place with the unenviable title of least recommended city to visit in the Lonely Planet, and across a variety of studies, also rated as having one of the lowest life satisfaction rates of the British Isles, as well as lowest average ratings for self-worth and higher misery ratings and associated suicide rates.

Even the residents, (many of whom are dear friends I remain in contact with today) were just as scathing about the city, prospects and quality of life, the saying “It’s Grim up north” was a lived daily reality for the majority – there were hearts of gold under it all, but life was hard, and people lived hard, with whole suburbs of ‘no go zones’ for the police.

My once wealthy ancestors had in the past been huge sponsors of the local premier league soccer in this city – and I’d often wondered why, what was the point? There was the obvious (although empty) gesture of being seen as ‘successful’ and showing off one’s status, but I had been told there was a belief in an old school benevolence – to ‘give back’ to the city that contributed to the wealth. I still didn’t get it as I wondered what a soccer team did for a city.

Then while I lived there, the team found a new uber-wealthy sponsor who poured money and resources into buying the best coach, best players etc., and again the team rose to the top of the league.

To give you a taste of the usual mood in this town, I remember my time there in my late teens. Wide eyed and 16 years old, fresh out of small town rural Australia, I walked past a woman in the street and smiled at her; she looked at me in bemusement with hardened disgust. “What the bloody ‘ell are you smilin’ at,” was her embittered response. This wasn’t an isolated incident, I soon learnt that spontaneous displays of joy were frowned upon in this place… but not so when sport was involved.

After the injection of cash from the club’s new patrons and the club’s subsequent win, this miserable town, where worth-less-ness was ingrained and multi-generational, transformed into a hub of celebration and partying on the streets.

People were more open and actually spoke to each other. There was a rare and tangible ‘pride’ and a sense of belonging in the populace; there was an appearance of ‘unity’ between different cultures, different classes, even peoples’ postures were more upright and gait more lively.

You might hold this up and say “that’s what sport offers, that’s the justification for my ancestors pouring resources into the club,” or even “there’s the value, self-esteem and (confected) joy for a downtrodden community.”

…. BUT (and it’s a huge but!), as it was gained through external circumstances or events (not internally reconnected to) and but a mere isolated display of unity, it was short-lived. Very short-lived indeed.

As soon as the elation of the premiership win was over, it was back to business as usual – shut down abject misery, possibly worse than before in reaction to the loss of the ‘high’.

It did not reconnect people to their own real worth, it distracted them from missing it for a short time.

So my revelation from reading Adam’s article, the comments and reflecting further, has been that not only does the competitiveness in sport and elsewhere in our society set us up from young to make us think our worth is external, not only does it divide us – country against country, city against city, suburb against suburb, ‘us’ against ‘them’, me versus you and ultimately me against myself – whilst tricking us into a false unity, it also provides an effective distraction from that which we are missing to begin with (the true unity we deeply crave) through entering into the whole ‘proving ourselves externally’ farce – what a doozy!!

I really appreciate the opportunity to reflect on this subject and to ‘real-eyes’ that it is the true connection that we are missing – between each other and within ourselves – and that this connection can never be made or maintained through ‘limited unity’ such that we find in competitive sport or any kind of triumph over another.

Further Reading:
Exercise – it doesn’t need to be hard work
My Turnaround from Competitive Running to Connection with Me
Competitive sports: the pursuit of emptiness