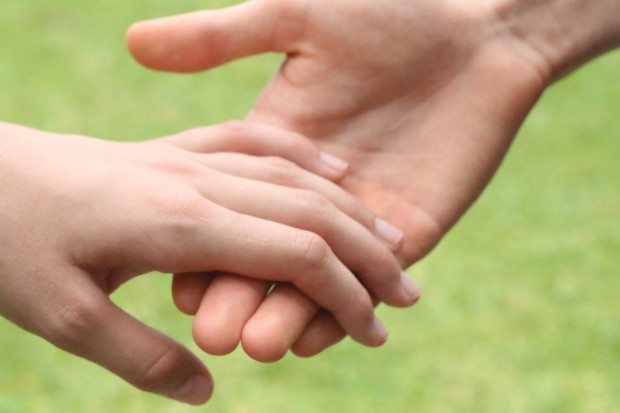 Embracing the Potential for True Relationships

The subtle manipulations in relationships were a complete mystery to me; I thought it was in fact just a part of normal life. I didn’t know what true relationships were like as I had always experienced those that were less than true.

For example, I had a boyfriend who was often on the edge of being physically abusive so I wore clothes he liked just to keep him happy because if he was upset the threat of violence was present. I walked away from this relationship but later chose one where I was controlled emotionally. Looking back I can see clearly how the sulks and the brick wall which appeared around my partner whenever I planned to visit family for a few days were his attempt to keep me at home. I would pander to this control by preparing all his meals for the period I would be away. It never occurred to me at the time to discuss with him the manipulative behaviour within our relationship that we were both party to, and to seek another way together. Alcohol played a part too and he would be more demanding when he chose to drink.

I have attended many Universal Medicine presentations and the relationship groups in particular have been so revealing.

True communication within relationships is not something we are taught at school, and if our parents do not openly communicate with each other and with us as kids, then this lack of truly talking and expressing with each other is what is ‘normal’ to us.

I have felt my understanding, not only of myself but also of others, is unfolding and this is allowing me to begin to be more honest – knowing any issues or behaviours in a relationship need to be addressed and openly talked about as they affect everybody. I remember when my relationship was breaking down my partner said, “Get some counselling and sort out your problem”. At the time I knew this wasn’t right but I didn’t understand then that teamwork was the key, meeting one another in love and only love, in order to develop a relationship that was true.

Then came the truth from many Universal Medicine students, male and female alike, sharing honestly and openly about the dynamics and subtle manipulations within their relationships. It completely opened up my eyes, ears and everything else to my behaviours and the behaviours of the people around me. The truth I have heard spoken by many students about their own behaviour in relationships unlocked something inside of me – the knowing that I had felt all along but hadn’t understood.

Recently a new colleague arrived at my place of work and we felt quite easy around one another from the start. I could feel that he was anxious in this new job. A week or two passed and I was observing how the relationship between him and myself was developing: he began to make jokes with me and we laughed a lot. Then I could feel a subtle change, an undertone was appearing – I could feel how with his jokes he was making fun of me and putting me down. At first this was so subtle it was almost imperceptible … until it came to a day when the subtlety stopped with a joke that hit me like a hammer.

I felt that in order for our relationship to continue to develop without hurtful behaviours it was important to discuss with him what I was feeling. We sat together and I explained how I could feel the energy of the jokes and that they felt less funny and more hurtful to me as they were directed at me whilst making him feel ok. He welled up with tears; he felt the truth of what I was expressing in that moment.

Seeing my colleague reconnecting to truth and being open to hear my comments was a truly beautiful moment. How many times do we speak but remain unheard?

For him to be willing to accept the power of the spoken word and how it can affect others, whether that be to empower or not, was a step forward in our relationship and one I could not have taken alone. He took a huge step towards me and all others in his willingness to understand.

I now understand the importance of true communication in all relationships. In order for a relationship to be based on Love it must be based on Truth; this means taking a moment out, feeling what is happening in any given situation and honouring that by communicating it. This of course means communicating my absolute appreciation of those around me who are part of my life as well as discussing those less than truthful moments, both of my own and others.

I have felt empowered to express in relationships from all the sharings of many Universal Medicine students and feel such an appreciation for this honesty, which allowed me to feel what was at play in this relationship.

Ideals and beliefs learnt from childhood about what it is to be a wife, mother, daughter or son, father, and brother can lead to behaviours in relationships which are neither loving nor truthful.

When we say ‘relationship’ we usually think of our partner but I realise now every single person we interact with we are in a relationship with. In every moment there is an opportunity to share truth with another, to support them and ourselves to become more aware, and with that we actually grow and deepen our connections with each other and allow true relationships to develop and strengthen.