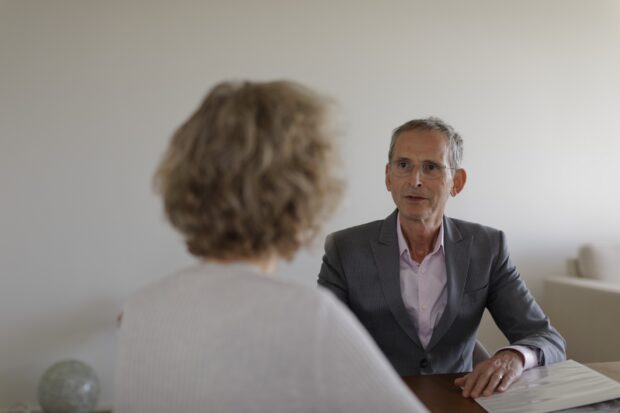 There is so much that goes unexpressed.

Take for instance the day that I was told I was being made redundant from my place of employment. It was at 5pm when my manager called me in for a meeting – never a good sign. Our relationship up until the month before had been a very honest and open one and I could feel how uncomfortable she felt having to deliver the news she was about to deliver.

Although my manager suggested that the decision came from higher up, which I’m sure it did, as I sat there listening to what she was saying I could feel that she had had a role to play in the decision-making process too.

Over the years I have come to understand the part that energy plays in our every interaction and how supportive it can be to consider what I am feeling despite the words I hear being spoken. Doing so in this moment allowed me to feel and observe the energy of what was being presented, rather than absorbing the words being spoken. This moment was for me to give myself the space to see the energy coming through a person first, thereby making it less personal and less likely for me to go into reaction and blame.

So while I was listening to the words, I was also feeling the greater truth of the bigger picture, trying to understand what was really being said. Yet I still felt conflicted and wondered why.

Having had a few days to reflect on the events as they unfolded, I recalled a number of times where I had felt impulsed to ask for a meeting with my manager, but subsequently dismissed this impulse with any number of excuses. The sales team had not made target two months in a row and I could feel the immense pressure my manager was coming under as it was looking like those two months were turning into three. The previous month, when it became apparent that they wouldn’t make target the second month, I offered to go through leads that were coming in that the sales team simply did not have time to follow up on, however my offer was declined with the indication she would do this herself.

It was the only offer of help I made. Looking back now (and even at the time) I realise my manager could have done with more support and I have to ask myself why I didn’t approach her again. What stopped me from opening a conversation with her to simply say, “Hey, I’m here if there is anything I can do to help”? What if I had been more insistent about asking to sit down with her to run through what I could do to ease the pressure she was under, even just a bit? And I realise I had an expectation that as the manager, the person in charge, she should have been delegating and instructing. It felt easier and safer for me to sit back, not stick my neck out and wait to be approached.

My manager knew I could set aside the project I was working on and also knew I had experience in sales. So I also considered what had been holding her back from asking for or accepting help – not just from me, but from any of the team. I realised that sometimes asking for help can be seen as a sign of not being able to handle a situation or be in control of it, a sign of weakness. Sometimes we actually enjoy the struggle and the drama for the recognition it gives us in the same way hitting or exceeding the monthly sales target does. Although we can speak of ourselves ‘as a team’, when the stakes are high, our choices can sometimes come down to individuality and a resistance to handling a challenging situation any other way.

And then came the moment of truth: was my intention one of truly trying to help or was I trying to fix things? By fixing things I mean trying to make things better/rescuing and then being recognised for having done so, denying another the opportunity to feel the consequences of their choices. What if the other option, allowing them to be and respecting their choices, even if they stayed in struggle and individuality, was actually the more loving and supportive choice for me to make? Is that what I was doing, and if so, why question it?

The choice of how to respond was mine. Having been allowed to feel the consequence of my choice to dismiss my impulse several times, I can now feel how unsupportive this decision ended up being; not just for me, but for those around me as well. This lesson has given me a renewed appreciation for the power of holding steady and responding to the impulse coming through me by offering what I am feeling to offer, which then allows me to hold space for others to make the choices they are choosing to make.

I’m not saying the company would have come to a different decision about letting me go had I been more responsive to the situation I was observing unfolding around me, and I’m not asking these questions to judge or belittle myself or anyone else in any way. I’m simply taking a step back, looking at the part I played in all of this and, regardless of the outcome, calling myself out and saying I had a responsibility here too, while asking where my responsibility truly lies in these kinds of situations.

It’s so easy to step into the role of the victim, especially if, like in my situation, I found myself being let go ‘out of the blue’. I could, if I wanted to, keep playing the victim card and milk it for all it’s worth. There’s certainly a bottomless barrel of sympathy out there for victimhood.

But where would this tactic lead me? Doesn’t victimhood keep multiplying, presenting itself in different and sometimes disguising ways, such as engaging, enabling and draining? Who gives it the energy to keep multiplying itself? Victimhood is an energy that has to be sustained, it has to be fed. So the learning becomes: “Do I continue to seek out situations that will feed it again and again?”

It’s an ‘ouch’ moment, one that I can either choose to expand from, or use as an excuse to continue to play the victim and find myself surprised by the next ‘out of the blue’ situation. In the end, it’s not about being made redundant, but about every moment that either completes itself or not through my awareness and response to it. The only time we experience regret is when we have ignored and overridden the impulse of our Soul to connect and express. But If we choose to connect and express from that connection in every moment, each moment is complete and kept simple with no regret and no confusion.

So perhaps my feeling conflicted at being let go is not so much about being let go as it is about not having supported myself and those around me to the best of my ability when I had the opportunity to do so. Perhaps it’s about the awareness or regret of leaving things unexpressed and unfinished when I had the chance, on a daily basis, to express and complete what was before me. A chance to bring my all to everything I do, and if not, letting myself feel the consequences of that choice.

Bringing something to completion with purpose is so much more than a box-ticking exercise – it offers us the opportunity of true understanding and expansion. Completion is a natural part of our evolutionary process and brings a settlement to and within the body that allows for awareness and spaciousness to expand and so guide our every following movement, allowing us to ask not “Why?”, but “What’s next?” because the why has already been answered and completed.