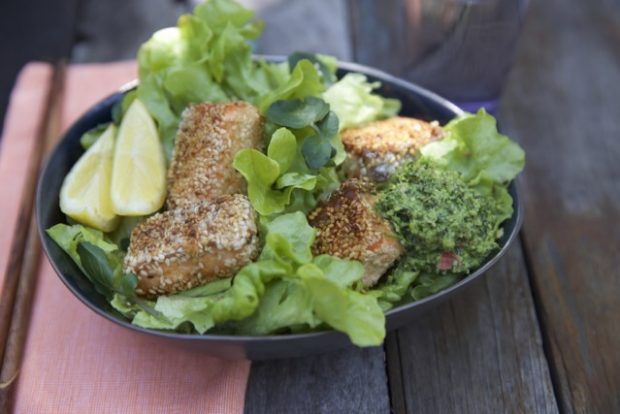 Healthy diet, Healthy Lifestyle 862 Comments on Food Choices – From Eating for Taste to Eating to Nourish

Food Choices – From Eating for Taste to Eating to Nourish

A couple of years ago I came across some ideas about food choices that challenged everything I thought I knew about my body and the effects of what I put into it.

The idea of not drinking alcohol or caffeine and giving up gluten and dairy sounded ultra-healthy, but the thought of no cake or mojitos ever again? What a boring way to live, I thought.

Back then I judged making different food choices as an obsessive eating habit – a disorder even – where some foods were deemed ‘bad’ and others ‘good’.

The people I met who lived like this didn’t see it or describe it like that, but neither could they explain to me exactly how it made them feel in a way that I could understand. It goes without saying that it’s pretty challenging to experience what it’s like to be in someone else’s body.

If I really wanted to know and understand why anybody would eat that way out of choice, rather than necessity, I realised I would have to give it a go for myself.

I also noticed that people who’d made what I would have called ‘unconventional’ food choices, based on how different foods made their body feel, didn’t seem to be wallowing in a world of deprivation and self-pity.

In fact, they seemed more alive and fulfilled than most, and just getting on with their lives. It was me who was making a big deal about what they chose to eat, not them.

After suspiciously keeping my distance, eventually my curiosity got the better of me and I caved in. Giving up cake, champagne and ice cream had to have some benefits other than the obvious health ones, otherwise why bother with the effort? It was time to investigate.

I gently put to one side the cake, champagne and ice cream, in an experiment that I imagined would last a few weeks or months. Often I had a beer or glass of wine, bread, cheese or something else that I was attempting to temporarily abstain from in the name of my not very scientific experiment. But it didn’t seem to matter.

The less I ate of foods containing things like gluten, dairy and sugar, the lighter, cleaner and clearer my body and my mind felt.

It still amazes me that food can affect my body so much, because until recently I had never really considered the link between what I eat and how I feel, and even the quality of my thoughts.

But as I started making different choices about what to eat, I noticed that things began to change; the way I responded to situations was changing. Difficult conversations, although still difficult, became less intense. The internal emotional whirlwinds that I’d created (and blamed on others) took less time to dissipate. It felt like a fog I’d been living in – one that I couldn’t see even existed before – had started to lift.

The links between my body and my emotional and mental state have become much more obvious. When I eat lots of heavy food or too much food, I feel heavy, weighed down and foggy – like I’m operating on battery-saving mode.

It makes it easy for my mind to slip into a quicksand of circuitous and dull negative thinking and I start to feel lethargic and bored. Instead of focusing on what I can contribute to a situation and bring to others around me, I make it all about me and my life. My self-obsessed thoughts turn into a distraction and I forget about my responsibility to live fully and truly.

I still have ideas that pop into my head about my choices around food and how I ‘should’ be living. How come nearly the entire world eats gluten and dairy and drinks alcohol – surely it can’t be that ‘bad,’ if everyone does it? Isn’t it fussy and ungrateful to be choosy about what I’m eating?

But I’ve come to realise:

Now what I choose to eat isn’t about rules, perfection or deprivation, but about learning to listen to my body and feeling the effects of what I put into it.

Every time I choose something – a food, drink, thought or emotion that doesn’t make me feel so good, I get to feel it – and I can choose differently next time, if I feel like it.

What has been amazing is that I rarely crave any of the stuff I used to. I’ve had a sweet tooth since I was a small child and used to love cakes and biscuits. But now I’d rather choose the stillness and solidness I can feel most of the time, over a sugary treat which makes me feel hyperactive and like I’m on drugs.

When I listen to my body like this, it totally removes the arduous ‘giving up’ of unhealthy foods, the battle against cravings, or strict regimes. Eating in a way that truly nourishes me becomes easy because my body just isn’t interested in foods that don’t make me feel good.

Eating to nourish my body, and how it feels afterwards, instead of just for the short-lived taste sensation, is a constant unfolding, with increasing clarity and an amazing revelation: I can choose the level of awareness that I want to feel in my body by choosing what I put into it, and it gets reflected back to me in all areas of my life.

The more I listen deeply to my body, the more it shares with me, and the steadier I feel. It’s amazing to feel how this has affected all areas of my life, far beyond how my body feels: from knowing what needs to be said in any given situation, to feeling clearer, having more trust in myself and knowing of what to do next, with far less need from anything outside of me.

The effects of what we choose to put into our bodies is profound.

Further Reading:
My Body’s Reaction to Gluten, Dairy and Sugar
The Body Knows
When it comes to food – let your body speak