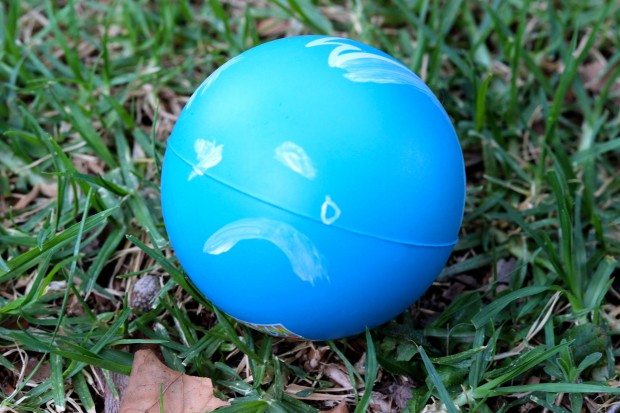 From Ball Game to Race: a Not-So-Healthy Competition

Recently I was helping out at my daughter’s sport class at school. The children, all aged around five, were learning/practising ball skills. They were in teams of six, learning to play one of those games for kids like tunnel ball, where they took turns throwing and catching to the head of the line then running around their group.

The children were loving this game, smiling, laughing, being careful to catch the ball, throwing the balls gently, taking care not to throw them too far/hard/high, looking at the person throwing the ball to them, waiting patiently for their turn in the line, running safely through the narrow gaps between each team… you get the drift, it was a pleasure to watch.

Sure, a few balls went spiralling out of control, but when that happened, the child who had dropped it just went straight after it, picked it up with no fuss and returned to their spot in the game.

And then it changed. The sport teacher told the children they were going to now have a race: they were going to play the same game, but this time, the first team to have everyone crouched down, having had a turn throwing and catching and running, would win.

The teacher called “Ready, set, go!” – and pretty much all hell broke loose.

Balls were dropped on the child in fronts’ head. That child would yell back abusively. The run-around-the-team part became a ball game of ‘let’s see how many other children we can crash into’ – many of the boys particularly ‘enjoyed’ this one. Other children on the run tripped over their feet, and bumped into the nearby brick wall. The balls that had been dropped took two or three goes to retrieve ­– when the children went to pick them up in the rush, they would accidentally kick the ball another few metres away. Some were even prone to further dropping the ball on their way back into the game after having retrieved it.

Then, when the first team had all crouched down and called “Finished!”, another round of shouting began as the children who had been bumped into by the winning team’s members retaliated, accusing them of cheating, hurting them, not running in the right direction, and interfering with their own team.

There were no smiles, no simple pleasure at having been able to catch a ball and throw it back to be caught again. The laughter had stopped, replaced with angry looks at one another.

Some of the children in the ‘losing’ teams didn’t even get to have their turn as they were at the end of the line and once the winning team finished, the game was over. These children looked sad or left out but said nothing; others yelled that it wasn’t fair they didn’t get to have a go.

I did notice there were a few children amongst the chaos who stayed still, able to put the same care into catching the ball, throwing and running during the race as they had during practice. At the end of the lesson, these kids simply skipped off with each other, held hands, and stood in the line quietly, waiting to return to their classroom. But the majority of the class looked angry, were still talking loudly about the race, and taking a long time to get into the line. The classroom teacher by this point began raising her voice at the stragglers to get in line, and looked thoroughly frustrated.

I then saw the next class of five year olds arrive at the sports ground. They assumed their positions in the game, standing in their teams of six, ball in hand, etc., ready to start the same thing all over again…

Healthy competition? I don’t think so. We’re told sport is ‘healthy competition’, but there was nothing healthy about the chaos I saw unfold once the race was called. When it became about winning and not the (activity) ball game itself, something very ugly and destructive came through.

Competition teaches us to be all that we can ‘do’ – it’s never about who we are, and never about being all that we are. Competition erases the knowingness of who we are, that we all have as small children, as we are pitted against one another and heralded for being able to do more / better than another. Is it not possible that we all have skills in different areas and that we can each bring our own particular skill/expression to the table for all to share in, learn from and build upon?

Education needs to focus on equity, cooperation and freedom for each and every child, so they can choose for themselves how they wish to express themselves. With this freedom, and by eliminating the need to compete, we would all benefit as each child naturally brings something different but equally amazing to society.

What would it be like then if competition (including sport) focussed on equity, cooperation and freedom for each and every child, so they could choose for themselves how they wished to express themselves? Perhaps then, and with this freedom, there would not be the chaos and competition that occurs now when a simple ball game becomes a race.