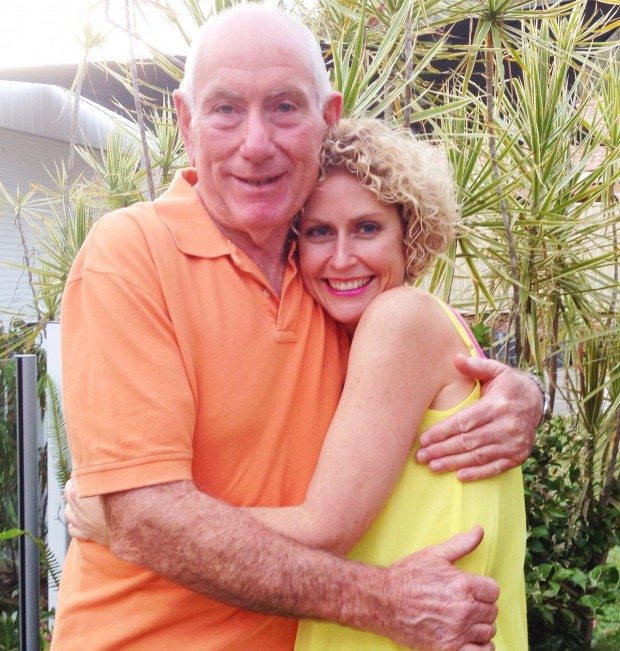 Family, Relationships 276 Comments on From Hardness to Heartfelt – Hugs with My Dad

From Hardness to Heartfelt – Hugs with My Dad

I had been to see my parents last year, as I often do on a weekend. As I was on my way out of their house, saying the normal goodbyes, my Dad gave me a hug and kiss goodbye. It wasn’t until I got into my car and was driving down the road that I really felt properly into how that hug had felt. Now it wasn’t a bad hug, it was the normal one he had probably been giving me for most of my life.

But this time around, what I actually felt was just how hard it was. My Dad’s arms had been tight when they hit my body, feeling rather cold. Then there had been a slight squeeze, which actually had not felt slight at all – it had felt rather abrupt and uncomfortable. Then I got the pat on the back, leaving me with the feeling like I’d just been patted like a dog. It all felt rather hard and not very loving or heartfelt.

Feeling all this from the hug, I decided to call my Dad to let him know that I didn’t like how we had just parted. So I pulled over in my car to call him. He answered the phone… I went on to explain what I had felt when he had just hugged me. I had not ever said anything like this to him before, so was very respectful and caring in how I expressed myself. I described how the hug had not felt gentle, it had felt hard and functional; and how that having a heartfelt hug was really such a loving parting gift one can give another, and that I really would like to experience a different way of parting with him. He was a little taken aback as you would expect, so I asked if when I saw him next would he be open to my showing him what I meant instead of us talking about it – to do a little lesson on how we can hug each other in the future. He agreed.

True to his word, when we next saw each other and I was ready to leave, we approached our first ‘hug lesson’! I asked him to give me a hug like he normally would, so he could feel what it was like, so we had a marker. It was the same hug as I had felt the previous time. I asked him to stop and to allow me to show him with my arms and body, what sort of hug I would like to receive. I put my arms around him very gently and tenderly, he automatically put his arms around me – they were still quite hard. I asked that he loosen up and soften his chest. It was all quite awkward and he got a little impatient, saying it was stupid. I explained he has been with his body for 67 years, not having been asked to hug this way before, so it may feel a little awkward and different. I explained that it has taken me some time to ‘hug in a more heartfelt way’ also, and that how I learnt to hug from my heart was from going to presentations by Serge Benhayon at Universal Medicine (UniMed), and that gradually I have been developing more love and tenderness for myself (which we all have naturally, but have just forgotten). Feeling the tenderness in my body has given me more awareness to make different choices, by understanding what feels loving or not so loving, i.e., ‘hard’.

My Dad knew of Serge Benhayon and UniMed from my having shared about Serge’s presentations in the past, so he was open to what I was saying ­– to the best of his ability in that moment anyway. We separated and started again. We tried this a few more times and now quite a few giggles and laughter started to come out. We ended our first hug lesson agreeing it was okay that he wasn’t able to do it differently first time ‘round and that we could just practice each time we saw each other. We hadn’t quite reached gentle and heartfelt, but we had certainly made progress.

That first ‘hug lesson’ was now over a year ago and hugs with my Dad have changed dramatically. I will add though, it has been a slow and gradual evolution. At times it was one step forward and then a few steps back. But what I will say is it has changed the way we interact – it has opened up a truly loving playfulness between he and I. Whenever we now go to hug, it is like our special connection, something we giggle at and have fun with. He is so much more conscious of how he touches me now and softens himself when we hug… tender, heartfelt and truly loving hugs are what we have come to share.

Living in Brisbane, loving the warm winters (not as much the hot summers), but after almost a decade in London, Queensland is the place for me. I split my time between absolutely loving my day job, where I get to interact, manage and work with so many different people each and every day, as well as being involved in many volunteer projects, which I love. A self confessed lover of scarves, owning way too many to even count and have one for every occasion 12 months of the year. I have a great love of people, clean sheets and being out in nature.