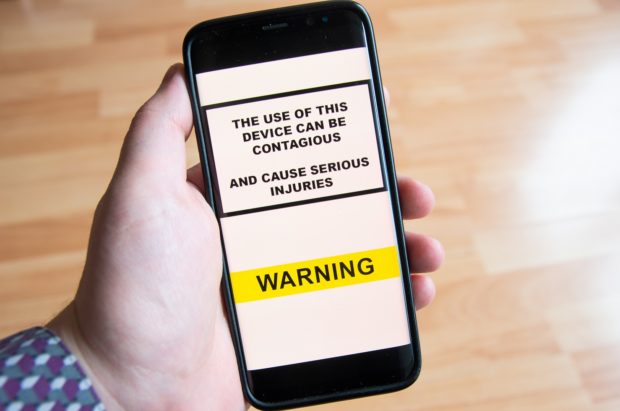 Healthy Lifestyle, TV / Technology 22 Comments on Has the Plague Ever Truly Left Us?

Has the Plague Ever Truly Left Us?

By Michael Goodhart · On May 20, 2020 ·Photography by Benkt Haastrecht

The ‘Black Death’ or bubonic plague, as it was known – based on the boils or ‘buboes’ that formed and spread in the lymph nodes of its victims – devastated the continent of Europe and the Middle East from 1347 to around 1353, after it equally terrorised China, India, Persia, Syria and Egypt earlier in the 1340’s (1).

It was notorious for its rapid spread and vile characteristics that ranged from blood and pus-filled boils that seeped and covered the body, to fever, chills, vomiting, diarrhoea, terrible aches and pains – usually followed in short order by death, sometimes even overnight after the victim went to bed feeling fine. The Black Death was caused by a bacillus (bacteria) called Yersina pestis that was spread through the air and via the bite of a flea or rats that harboured the disease, wiping out about 60% of the European population (over 50 million deaths) and over 100 million world-wide (1).

Now, after reading the above description, you may be thinking “Phew, what a relief, thank God we don’t have to deal with anything like the Black Death anymore,” or, “Glad THAT’S over with!!!” But herein lies the point of this piece, and that is that even though it may appear that through modern medical and health practices we don’t have anything that compares to the ferocity of the Black Death (even the Ebola virus doesn’t even come close at 11,310 total deaths globally attributed to this disease (2)), there is a modern plague that has spread around the globe with equal tenacity and fervour. We could refer to this disease as ‘Smart’ Phone Zombie Syndrome and perhaps the energy that seeds the idea to create a video game called ‘Zombie Apocalypse’ is the one and the same energy that is turning us into so-called zombies walking the streets running into telephone poles while on our cell phones!

Yes, it’s true folks; this contagious ‘disease’ now has the ability to affect over 3.3 billion people globally that have ‘smart’ phones (that’s over 42.5% of the current world population of approximately 7.74 billion people (at the time of writing, and likely increasing daily)) (3).

So, if 42.5% of the current world’s population have cellular connection via a smart phone (remembering the figure for connection via mobile devices is even higher at over 5 billion people and representing over 65% of the world’s population (3)!) and can talk to a friend on the other side of the planet with the push of a button, wouldn’t you think that we as a humanity would feel, you know… more connected?

But from my observations, and I’m sure the majority of the readers here would agree, this has indeed not been the case since the inception of the smart phone and other digital devices. Instead, I have noticed a rampant increase in people walking around as if their ‘smart’ phones were super-glued to their hands and with their heads and upper body hunched over staring at the screens as if in a trance-like state. Go to any employer’s lunch room and you will be hard-pressed to see an individual eating without watching or being consumed by some random internet entertainment like the latest funny animal videos or some random insane stunt that someone pulled off, which only seem to get more and more radical every day. Is it not crazy enough to jump out of a perfectly good airplane wearing a ‘wingsuit’ and glide precariously close to trees and rock-strewn mountainsides before opening your parachute at the very last second? Apparently not, as one can always find something more extreme with their ‘zombie-inducing device’ (aka cell phone).

I feel that to continue down this path of illusionary ‘connection’ will result in an even greater amount of mental disorders such as dementia than we currently have due to the compounding effects from the disconnection to one’s body, escapism and insatiable desire for greater forms of stimulation to counteract the initial unsettlement one has felt.

It’s as if we are all looking for something – connection – but have gone astray in the attempt to find it and instead have inserted cell phones as the surrogate substitute. But when two people who are on a first date at a restaurant barely say two words to each other during their meal and instead have their noses in their phones or are not even really listening to each other when their date is speaking because they are busy texting some other person, we need to get honest about what kind of connection we are really fostering here.

Even the extreme act of the ‘wingsuit’ jumper can be interpreted as an attempt to gain connection with others via the attention and recognition that he or she may gain from performing such a dangerous stunt and pulling it off (or not, as some people are satisfied with a posthumous form of fame as well). I’ve also noticed how parents have used cell phones and iPads as ‘babysitters’ or given them to their very young children in the grocery store as a distraction when in fact I recall as a child riding in the shopping cart and looking all around in the store to be quite stimulating. Of course, one could also extrapolate this phenomenon to the ever-increasing video game addictions that are now at a global epidemic level as well.

What force is driving us to behave in these ways when we know deep down that it is not our true way? No one in their heart can say that it is normal or healthy to play an online video game all night on their phone that involves trying to brutally shoot and kill another person who is actually their friend living in another country playing on their own phone. Yet it is as if we are using these methods of ‘entertainment’ to distract ourselves from some form of inner unsettlement because we have bought into a system of living that is based on individualism, standing out, beating another, competition, gaining recognition or acceptance from an external source. And the pain that we feel inside, knowing deep down that this goes against our truly divine, interconnected nature that holds all in its universal love is too much to bear, hence the need for outer forms of entertainment and mental distraction to keep us, if but for only a moment, from feeling how we have deviated from a form of connection to our inner hearts, and thus, to God.

Now, to be clear, I have no intention here of vilifying all electronic devices in any way, for they all can be used in a way to keep us connected globally and for great service. In addition and with full disclosure, I have certainly fallen for the lure of the infinite amount of entertainment and thus distraction that cell phones and computers provide, and at times find myself way down a rabbit hole of YouTube videos that I may have justified as being work related but in truth were being used to check out from feeling something else that was going on in my life, as in after a difficult situation with a family member or co-worker, or feeling guilty about indulging in something I knew was not supportive of me. However, when I have used my phone in this manner, it has always left me feeling exhausted and icky inside, and definitely not ‘connected’. It’s almost like we use our cell phones as our ‘security blankets’ wherever we go, and they ironically become our ‘go-to’ method of avoiding the very connection that we so deeply crave.

With the aforementioned in mind, we can all take a step backwards and begin to observe what may have been the underlying emotional reason for our choice to use these electronic devices… to avoid the form of connection with each other that we know has been inside and in front of us all along. Imagine that same date night described above, but this time each person is actually looking deeply into the other’s eyes, feeling their Soul and all that it shines forth, and appreciating how much we are all equally amazing beings with so much to offer the world. How could any text or YouTube video compare to this level of divine connection, if one so chooses it?

This blog was inspired by a wise observation made by my daughter comparing the Plague of the Middle Ages and modern illness and disease.

Further Reading:
Feeling our Way Through the Static Fog of Life
What is success?
Crying out for connection: technology and us