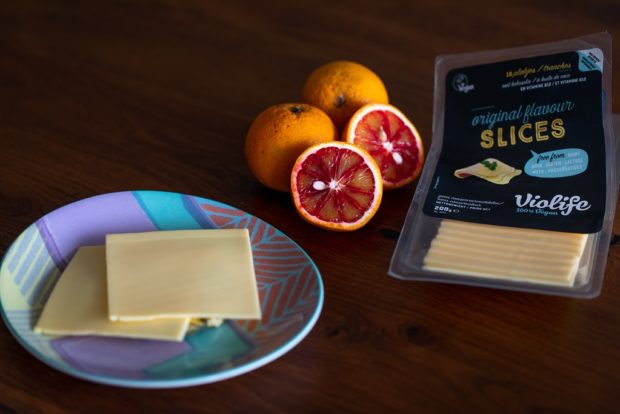 By Dianne Trussell · On January 23, 2020 ·Photography by Nico van Haastrecht

Have you ever experienced that situation where the same ingredients in two different foods or drinks have different effects in your body?

As a rational thinking scientist, I would have thought that’s not possible. Or else attributed the difference to some other factor such as bad chemistry, contamination, an off batch etc. But those rationalisations have not held up to my repeated experiences of this phenomenon. That’s especially so since a whole bunch of people can be consuming the same stuff with me and not have any ill effects.

The first example that got me pondering was the fruit of my blood orange tree. Citrus fruits, especially oranges and their extracted juice, gave me migraines the very next day. Once I was living in a place with a blood orange tree next to my house. It was in a poor state, having been neglected for years. I lovingly pruned it, cleaned up around it, watered and fed it. Then along came a crop of oranges. I tried the juice. No migraines. I never got migraines from my blood oranges, yet did after consuming other oranges and their juice. Doh? Then a sudden insight hit me: the difference was not what but who! The origin of my blood orange juice was my loving care of the tree, the fruit, the preparation of the juice, and even the juicer and the drinking glass. OK, so that’s an interesting working hypothesis…

A few years later I had another experience with food, this time with chocolate. Chocolate was a contributor to migraines. Moreover, the sugar in our crass local brand tore my tongue to bits and so I stopped eating it. Then along came the silky smooth, boutique European chocolates. Less sugar, no ripped-up tongue, but still migraines. Next, I worked for a health magazine and researched chocolate for an article, which is how I discovered fair trade chocolate and tried some. No ripped tongue AND no migraines. So, I wanted to put this to the test. I ate a big chunk of fair trade, organic, rapadura-sweetened chocolate every day. It took literally ten times as much of this type to give me a migraine. I read the ingredient labels on the crass chokky, the sophisticated Euro chokky and my new FT passion. The same. Same cocoa products, same cow milk, same sugar chemical (sucrose), same whatever, whatever. Working hypothesis revisited. Could it be the lack of abuse of workers in producing the ingredients of the fair trade chocolate that made the difference between the products? What about contamination from pesticides in the crass and Euro versions? So I tried organic, non-fair trade chocolate of the same ingredient composition as the others – migraines. That was enough scientific evidence for me to believe the evidence of my body. Of course it would have made more sense to simply accept the evidence of my body in the first place without trashing myself to get to the reductive science of it! In any case, that was the end of chocolate for me. Sure, the energy in fair trade had less abuse, but it still gave me migraines.

You’re reading the words of a confirmed and committed (ex-) dairy queen here! Just to be clear, I have NEVER had any allergies – nothing that modern medicine could record in any tests. Nor had I any symptoms from consuming dairy i.e. none of the stuffy nose, sinusitis, bad breath, nausea, etc. that dairy intolerant people experienced. However, there was a lot of talk around me about the evils of dairy, and people were quitting. I wasn’t ready to do so. Nevertheless, I did care very much about the health of my kidneys and experimented with ways to reduce acidity. Our blood is an amazing buffer and holds its acid-alkaline ratio tightly between pH 7.2 and 7.4, just a little more alkaline than neutral. Outside this range, it’s ambulance time. It does this balancing act with the help of the kidneys which pump acid out into the urine for excretion as fast as they can go. Add lots more acid and that’s extra work for them. Hence my few months of deleting and adding back various foods and measuring my urine pH every morning to see what worked. The only thing that brought the pH of my urine from unacceptably acidic to near neutral was no dairy. Hmmm, says dairy queen. I did cut back on the amount of dairy I was eating, but did not altogether quit. Then one day my body clearly said ‘enough!’ and I quit totally.

A few years later, along came vegan cheese. Gluten-free, dairy-free vegan cheese. OMG! I hopped into it: some were weird, some were yummy and indistinguishable from dairy cheese. But guess what? Stuffy blocked nose, kept awake half the night trying to ‘swallow my tonsils’ with thick mucous so firmly stuck onto the back of my nose and throat that I could not get it out. And bad breath. And nausea. And sinus headaches. What the? The cheese had cashews and olive oil, both of which I can eat as nourishing foods with no problems. But together– how can that be a problem? And then it hit me: it was the intention that went into making the cheese, and my intention in eating it – all about comfort. My body had reached the point where it said no to comfort, only yes to nutrition and evolution. End of vegan cheese – which made me reflect back to the chocolate situation, which of course is also all about comfort.

I never tried it. It was clear as a bell to me that the energy of alcohol production and consumption is only ever about comfort, numbing and addiction. Taking out the ingredient ethanol and growing grapes organically was not going to make any difference in the toxicity to my delicate energetic body.

So, through the arrogance of trial and error, all the while ‘secretly’ knowing the truth, I had to accept the facts. Notwithstanding the unarguable or debatable harm of various ingredients, the human consciousness and energy behind the growing, making, selling and our choosing of foods and drinks to consume is the final cracker (no pun intended)! So why wait for our bodies to go blah! before we no longer consume something? What about stopping to check in with our bodies, our conscious (or supposedly sub-conscious) intention and our inner knowing before even heading to the fridge, or even going to bed self-nurturingly the night before? I’m no ‘angel’ in this process, but through willingness to walk the path of my own wellbeing and the effect my energy has on others, I’ve come further than I once thought possible.

Further Reading:
A look at evidence and energy
The Body Knows
Is Truth Deeper than Words?

Born in a lab coat' (much to the chagrin of non-scientific parents) - forget the girlie stuff, gimme a microscope and a big question any day! Lover of nature with eyes, ears, nose, skin, hands, feet and camera. Favourite working environment: my blue-and-white office (sea and sand under a blazing sun). 15-year segue from university research to computer graphics and web development (geek come-out) and back to research, writing and teaching with a new joyful, freely-expressive style change!