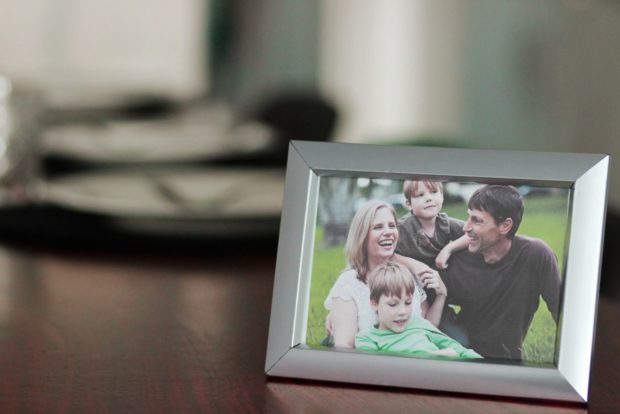 Family, Relationships 428 Comments on My Family

By Alexis Stewart · On September 30, 2018 ·Photography by Joseph Barker

When I say ‘my family,’ what I am referring to is my immediate family: my partner of 27 years and our sixteen-year-old son. The relationships that we share within our family have changed beyond recognition, and I feel impulsed to share a little about how these changes have come about, because I know that to be in true relationship with one another is what we all so desperately crave.

There’s a dinner that we shared that stands out for me and not, unfortunately, because of how great it was. It was about seven years ago now, and I had started to become very aware of how little quality time we spent together as a family. ‘The boys’ tended to eat separately to me: I would eat my meals in the kitchen in front of the computer and the boys would eat in the living room, in front of the telly.

At the time I put it down to the fact that we generally ate different things and at different times but now, looking back, I can see that it had much more to do with the fact that we were all choosing to check out whilst we ate, rather than to connect with one another. So, spurred on to instigate more quality family time, I suggested that we have a few meals together in the kitchen. The analogy ‘pulling hen’s teeth’ comes to mind, however, reluctantly, very reluctantly, they both agreed.

Sitting down and sharing a meal was, for us, often uncomfortable. On the rare occasions when we did (which was usually only when we ate out), it would invariably end up with our son doing or saying something that derailed the whole evening. At the time my partner and I thought that he was just being difficult, but now I can see that he was reacting to how uncomfortable it was for us to all share a meal together, without the distraction of either the telly or the computer.

So, to make this particular meal more comfortable and to aid the flow of conversation, I assembled a collection of photos that I hoped would be good ‘conversation starters.’ I think I managed to share two of the photos before being heckled into submission. The conversation then reverted to what had become our default conversation topic: ‘football.’

It would have been so incredibly easy to just give up. The inertia in those early days was a veritable force, and one that I would have gladly backed down from, had the alternative not been worse. But the alternative was worse, far worse: it was to continue as we were, living life as three separate human beings, albeit under the same small roof. What’s fascinating is that up until pretty much that exact point I would have put my hand on the Bible and sworn that we were a close and loving family.

But that is the dark side of all beliefs – they blind us from the truth.

The truth about our family relationships was just one of many truths that had been revealed since starting to align to The Ageless Wisdom through Universal Medicine. The beliefs that I had previously encased myself in had started to fall away and, as uncomfortable as it was at times, more and more of the truth was gradually being revealed.

Manipulation and control rode on the back of judgement to produce a nasty combination that ensured that ‘quality’ was nowhere to be seen. For months, my night time routine was to stand at the living room door on my way to bed and sulkily ask my partner if he was going to come to bed too. I, of course, knew full well that he wouldn’t but when he confirmed that he wasn’t, I would slouch across the carpet and kiss him goodnight reluctantly, before slouching off to bed. What a setup. Really, what an ugly setup, and one that guaranteed that my partner would never come to bed because, seriously, who would?

So those early years of trying to instigate change were difficult, very difficult indeed, and for all of us. The boys had their ways of dealing with life and I was trying to haul them away from their tried and tested ways of coping.

The game-changer came in a single sentence during an esoteric healing session. I was talking about my struggle with the amount of time that my son spent on his screens and the practitioner said, “it’s what you communicate with your body that counts.” I knew instantly that what I had been communicating to both my son and my partner was a general air of displeasure, mixed with a liberal sprinkling of judgement and scorn. So truly, what change could possibly come about from that, other than both of them getting pretty fed up with me?

If, for example, I was about to bowl into my son’s room and interrogate him about what he was watching, then when possible, I stopped myself. When I felt myself ‘too busy’ to stop properly and greet my partner when he came in from work then again, to the best of my ability, I would stop what I was doing and be present with him. When I felt the next thing on my to-do list pulling me away from lingering on my son’s bed, I would resist the urge to jump up and instead commit to a few minutes more of gentle touch. And although my body could not always be convincing in what I wanted to communicate, this stage was a very necessary one.

In some ways it has been a slow process, but in another way it’s been quick, especially considering how profound the changes have been. My family feels completely different now, and both my son and my partner have changed beyond recognition, as have I. What I have come to feel is that change in one person provides others with an open invitation to also change, but only when the change is an offering and never when it is enforced on another.

As long as I don’t have any set ideas about how our family should look, and as long as I keep being honest about my contribution (what I bring with my body), then I know that the quality of our relationships will keep refining and deepening.

And one of the wonderful things about it all is, there is no end to where we can go in our relationships with one another.

Published with permission of my son and partner.

Further Reading:
True Relationship with Self
Honouring the Purpose of Family
From Family Madness to a Miracle Re-union