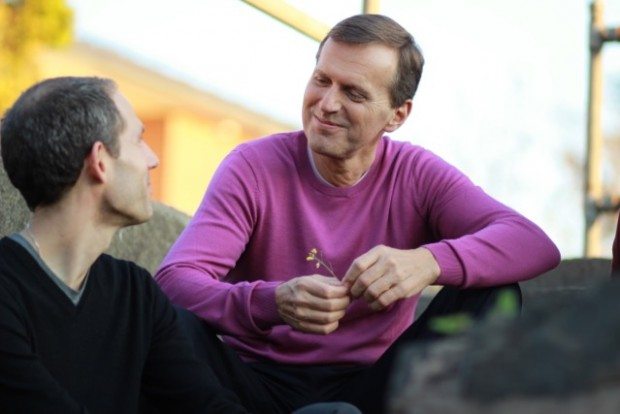 Relationships, Workplace 696 Comments on My Secret

In my role as a support worker, I assist three people to live independently in residential care in the community.

These people all have diagnosed mental disorders, living with conditions such as schizophrenia, bi-polar, psychosis, epilepsy and anxiety issues. These conditions are all capable of causing their moods to fluctuate drastically and it is for this reason that they take prescribed medication to minimise mood swings. Even so, mood swings still occur, and sometimes result in outbursts of aggressive behaviour. These outbursts are often caused by frustration at not being able to verbally express their feelings due to their mental disability. The aggressive behaviour is usually directed at the support people.

I work in a team with four others, and at a recent team meeting we were discussing one of the people we support. Over the previous month, the other members of the team had experienced an increase in his aggressive, demanding behaviour. I had not noticed any such change in behaviour when I was working with him, and I mentioned this to them. They were a little bemused by this and asked me what my ‘secret’ was.

I was a little lost for words as I had no secret. I didn’t think I was doing anything special – just supporting him in a loving, respectful manner.

Later I reflected on how I express at work.

As stated, when I’m at work I do my best to establish a true connection with the people I support. Since I have been doing this I have noticed a significant change in how one of them interacts with me.

When I first started working in the house, this particular person only engaged in limited conversation with me and didn’t share anything personal. In his staff information folder it was mentioned that he didn’t like physical touch, and tended to keep to himself. Over the last few months he has often come up to me and not only initiated conversation and shared on a personal level, but he started to reach out (tentatively at first) in a friendly manner to place his hand on my shoulder while talking to me, something he doesn’t usually do with people.

My everyday living is based on making choices which are loving and honouring of my body. Such choices include: having a gluten, dairy and sugar free diet, choosing not to drink alcohol and choosing to go to bed at a time and in a manner that supports my body’s natural rhythms. I have found that this has provided me with a foundation that supports me at work, enabling me to hold my presence and stillness. This can be felt by those around me and has an effect on their mood and behaviour.

I have noticed that my presence at work usually has a calming effect on the people I support as well as other staff. This is supported by the decreasing number of behavioural incidents which have occurred.

So my ‘secret’ is simply being me – loving, responsible, caring, natural and open – which is not really a ‘secret’ at all.

Thanks to Universal Medicine and Serge Benhayon, whose constant reflection of love, truth and integrity are inspirational.

Further Reading:
Inspired by Universal Medicine… Just Being Me
The Gentle Breath Meditation™ – How It has Supported Me to Feel Again
My number 1 job – a message from the author