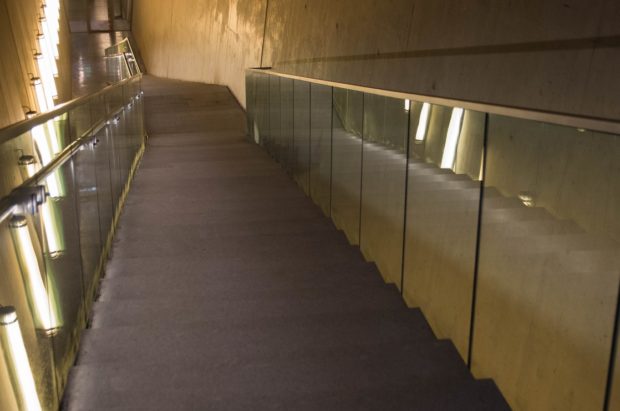 Communication, Relationships, Workplace 126 Comments on The Interview From Hell Which Turned Out to be One Hell of an Interview

By Anonymous · On May 22, 2019 ·Photography by Benkt van Haastrecht

Having applied for an amazing sounding job that seemed to have my name written all over it, I was invited for a telephone interview. This first interview was with one of the company’s Directors, Dave*, and I aced it. We had an instant rapport and the more we talked, the more we seemed to agree that the job appeared to be tailor made for me and I for it.

I was invited for a second and final interview a month later with Dave, the other two Directors, and the woman who would be my immediate boss and who had made the arrangements for my interviews. I was asked to make two presentations during this upcoming interview and had spent most of my spare time in the lead up to it researching the company, the competition and the Directors.

As well, I took the three days prior to the interview off work in order to focus my attention on thoroughly knowing the subject at hand and being prepared. During my research there was one blog in particular I came across written by the Managing Director that unsettled me a bit, but everything else looked so good I dismissed the unsettled feeling and instead chose to focus on the rapport I had built with Dave, the Director I’d had my telephone interview with.

The final interview was in London: it was summertime and the day ended up being one of the hottest of the year. My train journey up to London was pleasant and went smoothly despite the heat. I had found a sleeveless dress to wear that fit me like a glove and was all business. I was walking in my power and could feel that everyone around me could feel it too.

I had trouble finding the meeting place but as I’d allowed for an extra hour this unexpected delay didn’t faze me. In the end I had to ring Dave to ask for guidance as even the people I’d asked in the area didn’t seem to know where this meeting place was. Dave ended up informing me that he’d had a last-minute change of plans and wouldn’t be at the interview after all. As I was speaking on the phone with Dave, a stranger overheard me and said he knew the meeting place and could show me where it was. I graciously accepted his offer, ended the call with Dave and was escorted to a very inconspicuous door around a corner not 20 feet away that had no markings on it whatsoever. I thanked the friendly stranger, rang the bell and was buzzed in.

The entry took me down a flight of stairs where a receptionist greeted me and walked me down a further two flights of stairs – it was dark and elegant but I couldn’t shake the feeling of being led down into the underbelly of the city itself.

Here I met the team who would be interviewing me. Upon shaking hands with each of them, I had a sudden feeling come over me that the decision had already been taken not to offer me the job. As with the blog that had unsettled me previously, I chose to temporarily set this sudden feeling aside. There were no more pleasantries and we went straight into the interview. Curiously, all three kept their laptops open with the MD leaving the sound on and as emails came in with a ‘ding’ he would loudly start typing away in what I presumed was a reply.

I was asked to begin with my presentations, and as I was organising myself the woman who had arranged the interviews started asking what felt to me like loaded questions about my work history. The undertone to her line of questioning puzzled me and not until the MD started his inquisition into my reasons for leaving various jobs and repudiating my reasons did I figure out what the undertone was: rather than interviewing me, it felt like they were trying to find justification for their decision to not offer me the job.

As I registered this feeling I hesitated and before I knew it I was asking if they wanted me to continue. The reply was yes please do, however the feeling in me was so strong by now that although I started again, I stopped once more and said I wasn’t so sure I should continue. At this, the Director sitting next to me who had remained silent throughout said without judgement, “It’s not really happening is it?” I turned to him, agreed and said “No, it’s not.”

This time, instead of dismissing what I was feeling I paused, surrendered, and went with it. I let my body guide me as I observed the powerhouse that I am in action. I didn’t scuttle out of there with my tail between my legs like I might have done in the past: I took a moment, had a sip of water (I remember this movement so vividly!) then gathered my things in still silence. When I stood the Director next to me also stood, offered me his hand and thanked me for coming. I thanked him for his honesty.

As I walked around the table and shook hands with the MD and the woman who would have been my boss, I felt completely at one with the utter beauty of the stillness that had descended.

It was almost as if I was watching the scene of a movie where the underdog suddenly but surely steps in to claim their true power with the understanding that the bullying they were subjected to could only happen because they were allowing it to happen.

Walking back up those three flights of stairs, the woman who emerged from the underbelly of the city of London on that brilliant summer’s day was a different woman to the one who had descended down into it not 20 minutes before. Stunned by the bright sunlight that welcomed me back as I opened the door to the outside world, I felt in one split second how the brightness of my own light had similarly stunned the interview team I’d left behind and how it had cemented for them their decision to not offer me the job.

As I found my way back to the train station I felt a small part of me wanting to go into the drama of feeling rejected and a failure – how could it all have gone so horribly wrong when moments before it had seemed so perfectly right?

Choosing not to go with that old familiar script, I started to comprehend the magnitude of what had been taking place and although I was in the hustle and bustle of busy London, the world around me remained very still. I had squarely faced the interview from hell and hadn’t budged an inch. I had refused to entertain and enjoin the energy that was trying to take me out. Much as it tried, it could not find the open door it was looking for. In ending the interview as the same powerhouse who had walked into that meeting room, I was putting them and all the world on notice that this powerhouse is not only here to stay, but ready to ramp it up. I may wobble, it may take me 20ish minutes to say no to an imposing energy, but say no to it I will.

My detailed understanding of this unfolding did not all come to me during the 20 minutes I sat through this interview; it was a gradual unfolding that happened over the next few days as I reflected on the deeper meaning of what had taken place. Instead, what was very clear to me during the interview was that there was something much greater at play than was meeting the eye – of this I was sure. It was one of those moments where my understanding as a whole was beyond what I could comprehend at the time, however the surrendering I allowed in my body was all it took for the unfolding to take place – I was simply called upon to be in the moment and nowhere else. My body was showing me how to hold myself in the world whilst reading a challenging situation and, in getting myself out of the way, allowing for a response from my full body intelligence of clarity, truth and honouring that encompassed all involved.

*Not his real name.