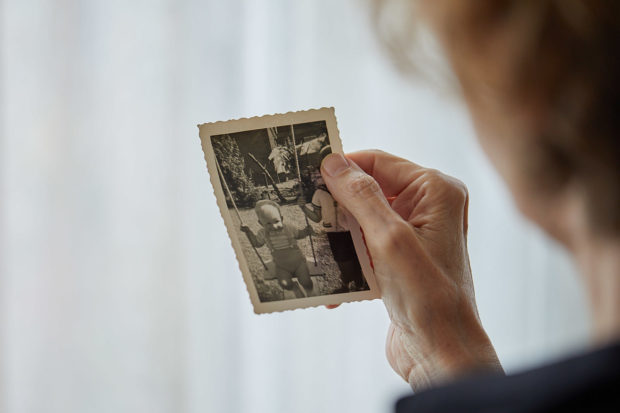 Family, Relationships 41 Comments on The Photo

By Anonymous · On December 13, 2019 ·Photography by Nico van Haastrecht

I had the most beautiful experience recently. I was shown a photograph of my father…  my father as a three-year-old child. I had never seen this photo before; the only other photos I had seen of him were my parents’ wedding photos, and photos taken of him later in life, and as I was about to find out, this particular photo was to have a profound effect on me.

I was, to put it mildly, totally blown away by the sheer beauty, innocence and light of this very young child photographed with his mother – my grandmother – and his three siblings. It was obvious to me who had been the light in the family and the gift of this photo was that I saw my father from a totally different perspective. I felt a deep love and understanding of him that was not possible prior to seeing him in his essence. What a true gift of healing this was for me, and therefore for my father also.

It didn’t take away from the violence or abuse I experienced at his hands, most of which I had come to terms with over the years, but it allowed me to tie up the loose ends – things without names that were still lurking in the recesses of my mind that had up until now stopped the complete letting go of all that I had held against my father.

I had never really connected so deeply with my father as a person as I did while looking at that photo. I had only really known him as a man in his 30’s onwards, and then only as my dad, a man who at times was not very kind or loving. I had heard stories of him as a youngster and the pranks he got up to: quite a mischievous lad growing up in the 1920’s and 1930’s in suburban Melbourne during the Depression and between the two Great Wars, which as we know was a time of severe financial deprivation and hardship. He loved his mother dearly – a good woman by all accounts but his father was very violent and abusive and home life was indeed fraught. Looking at the photo I could see the beautiful delicate young boy and was able to feel how difficult it must have been for him growing up amongst such turmoil and violence.

It may seem crazy that just one photo could change my understanding so profoundly but I can only say the connection to the child – my father – was deeply heartfelt and the understanding of him as a being, in his own right, continued over days as I was given glimpses into who he truly was, and all that had occurred to set him up to be the angry abusive father I knew, while at the same time I became aware of the absolute truth of who he was, and is, and the beauty held within him.

I am truly blown away by the fact that we are given such incredible gifts. I would never had believed it possible that I could feel such tenderness for my now 94-year-old father, nor could I have guessed that something as simple as a photograph of him as a young child could bring such blessings to us both.

I have no words to express how deep is my appreciation for this healing as it has allowed me to hold my father in love, and given me a deep understanding of who he is and always was, in a space where he actually is no longer only my father but an equal son of God.

Further Reading:
Our Diamond Within
There is no Right and Wrong in God
Bringing up boys to be glorious men!