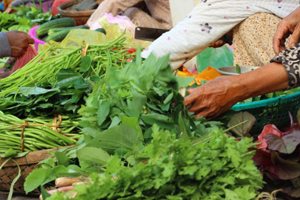 The Way of the Livingness & Making Healthy Lifestyle Choices

I have had a few people recently meet me and think that I have always been this fit and this healthy and that it must be easy for me when it comes to making healthy lifestyle choices. Today it is easy to make these choices, because I feel the best health-wise and look the best I ever have. I have friends who have known me for 10-15 years who have said that I look younger now than I did back then. I definitely feel that way and I know it is a by-product of The Way of the Livingness.

From a teenager onwards I made some choices that I didn’t even realise were choices: I just made them because I thought it was normal, never once stopping to consider the effects these choices were having on my body.

Here are some of the things I would do:

These lifestyle choices were affecting my moods, my energy levels and my whole life but I did not put the pieces of the puzzle together. I just thought it was a normal way to live. I didn’t know that there was another way. How did things change?

What Steps did I Take to Get to Where I am Today?

First of all I became aware that there was another way. I met some amazing people who are true role models and showed me The Way of the Livingness – being connected with yourself; taking responsibility, knowing that everything you do affects everyone around you. It has been presented recently by Serge Benhayon of Universal Medicine and is super simple.

In this Way, there are no rules or guidelines, so to speak, so you can’t fail or not ‘pass GO’. This ‘no-rules’ approach was what I embraced first as I have always been a bit rebellious and have never liked being constricted by rules and regulations.

The Way of the Livingness gave me the freedom to make my own choices and be responsible for all of them.

At first it was rather challenging taking responsibility for all the old choices I had made, but there was no point in beating myself up for doing things I hadn’t even been aware I was doing, let alone for being unaware of the damage I’d been causing in my own body.

I’m not perfect, I used to have an occasional hot chip if my daughter had some. But the thing is, my body speaks very loudly and clearly to me these days and I listen. I never felt great after eating the chips – I just enjoyed the part of putting them in my mouth. Nowadays I choose not to eat them, as I no longer want to ignore what my body will tell me later. And this is how I am refining my foods, with awareness and looking into the reason why I want to eat certain foods.

I didn’t give everything up and now live a boring life. It’s quite the opposite. I let go of a lot of the things that were not healthy for me, and now I live a vibrant, energy-filled life. I enjoy my days and dance and sing like I never ever did before. In the past I would only dance if I was wasted: now I dance and sing and have so much fun.

I have deep gratitude for Serge Benhayon and his family for showing me The Way of the Livingness and supporting me with so much love over the last 5 years. It has been awesome making healthy lifestyle choices and getting to feel younger as I grow older!