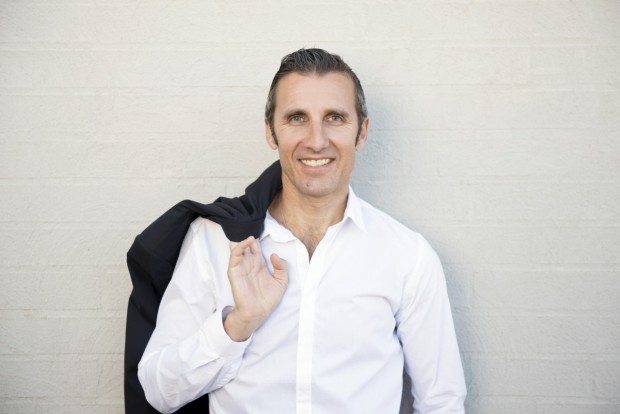 Family, Friendships, Male Relationships, Relationships 776 Comments on True Role Models – From ‘Being a Good Man’ to Taking True Responsibility for My Choices

By Raymond Karam @ray_karam · On November 26, 2015 ·Photography by Clayton Lloyd

I remember growing up as a young boy and watching people around me, particularly the men. My first role model was my Dad. He was a strong man with big arms who worked really hard and when I was with him I felt safe. I remember learning from him that I needed to work hard so that I could look after my family. Financial security was important to him because he didn’t have that for himself throughout his whole life and I remember him saying it was advice that his Dad had given to him when he was growing up.

As I grew into a teenager I realised that younger boys were also modelling themselves on me – even at a young age I could see that I had a big responsibility in this. At times I would ignore this responsibility and ‘act my age’, but if I were to be honest I would always see someone looking up to me, no matter what age I was. How I was or how I chose to be always had an influence on others around me; the only question was whether I wanted to accept that fact or not.

I did my best to always do the ‘right’ thing but sometimes I found this exhausting, and at other times I didn’t live up to what I thought I should be doing or saying. I would change the way I did things the moment someone reacted badly – I wanted everyone to be happy with what I did and to see me as a ‘good person’.

This is how everyone saw my Dad when I was growing up – I heard everyone speak about him and saying he was a ‘nice bloke’ or a ‘good man’; at times they added something negative as well. I wanted people to say this about me too, without the negatives, so I took on board what they said and tried to model myself to be perfect or better than my Dad.

As I grew up I realised there was a flaw in the way I was doing things.

I was constantly trying to keep everyone happy and be the person I thought everyone wanted me to be. It seemed to me what people wanted from me was constantly changing and that what they would see as a ‘good man’ one day, would change the next. I found it harder and harder to live up to the expectations I put on myself.

It was like I could live to be a ‘good man’ for a period of time and ride a wave of people being pleased, but then I would fall off the wave with one bad comment or feeling and I would be depressed or upset for a period of time before I would change how I was so that this didn’t ever happen again… only to do this cycle over and over again.

I could see what I was doing didn’t work – my approach was flawed in some way.

Trying to be a ‘Better’ Man

I watched other men around me and could see everyone had their own method or way of trying to be a ‘better’ man. It seemed like we were all trying to learn from each other: it was like no one really knew what they were doing but would watch each other and if what one man did worked, then others would replicate it for themselves in their own way. It was as if men were guarding what they were doing but also looking sideways to others for something that was ‘better’.

When I was growing up the role models I looked up to never seemed to be consistent in how they lived. For example, I looked up to many sportsmen who were great at sports but their personal lives often seemed to be in turmoil. So I looked at them and realised that I only liked the parts of their lives that worked, I didn’t really like the whole package. I just allowed myself to see the part of their lives that I liked – such as the money and fame – while choosing to ignore the parts that didn’t work.

I have seen many role models who are always looking for some type of acceptance and recognition from the outside world whether for money, fame, or a title of some sort. I have come to realise that this is the exhausting part – when I was looking for this recognition I felt there was a lot of pressure on me. Once I felt I had gained a place in the world or the recognition I needed, I wanted to hold onto it.

I placed these role models above me and tried to get to where they were at, whether it was being successful, wealthy, or popular. I didn’t really mind how I got there, it was just about getting there. When I got there I wanted to stay there and rest and hold onto what I had just achieved. If I didn’t get there I would get upset and feel like a failure; until after some time I saw something else that seemingly worked better and I would chase that in the same way… in a never ending cycle.

I have come to the understanding that a true role model is someone who inspires others to change something for themselves: not by copying what they have seen from another but by making a true change in themselves and in the way they are living. This change is then lived every day, and not just in one part of their life – it changes in every part of their life.

A true role model does not put on a show or a facade. By living this way and making a change, people feel it as it is, not just as a spoken thing but something that we bring into our body – it’s solid. With this I have found I don’t feel exhausted and it is not something I have to keep up with or constantly be better at, it is all in the way I live in each moment. I don’t have a public face and then a face for my friends and another one for my family. The face I have is a constant through all areas of my life.

We are true role models by the quality we are living from and not by what we can do.

I am a role model, as are all fathers. I see how my children look at me and I watch what they do afterwards: I hear the way they speak and know they are watching everything I do. I don’t tell my children one thing and then do another thing myself. I live what I say first and then I don’t really have to say it at all. I have found that if I do my best to do or say what I feel in any moment then I am better prepared for whatever comes next. This is the way I choose to live and I can see the powerful effect this has had on my family and those around me. It may sound simple – because it is that simple. In this way of living it almost feels in a way that I am a role model by default. This is because the focus isn’t on anything else but the moment I am in.

In the past I assumed being a role model was some kind of achievement… now I can see that it is an ongoing relationship between people.

We can all be and we all are role models in our own way.  I have found that in every relationship there is something to learn. In every interaction, whether at home with my wife and children, at work with customers, at a function with friends or at the service station getting petrol, there is something for me to reflect on.

Too often I have looked at the most popular person, the strongest person, the richest person to model myself on, but really we all have a role to play in life at different times.

I have tried to avoid what seems to be unavoidable and pretend that I didn’t care what I did and not take the full responsibility I have for every part of my life. On the other hand I have also spent years trying to live up to an ideal of what I thought was good and right.

It seems to me now that being a role model is simply about taking responsibility for the choices I make in life, and choosing to be as honest as I can be, without trying to be perfect, and then seeing how everything I do affects those around me in one way or another.

A true role model for me has been Serge Benhayon. I watch what he does and how he does it and I am continually touched and inspired. There is no end to how this one man can do so much, but it is how he does it that is the inspiring part. The overwhelmingly consistent care I see from him with everyone he meets is truly out of this world. When he speaks and when I watch him I can feel the difference: this is not a man who just talks, this is a man who has walked and lived everything he talks. I have seen the effect this has on people and the respect he has because of the way he lives.

I am inspired by Serge Benhayon, Universal Medicine and The Way of The Livingness – true role models who inspire me to be the real me.