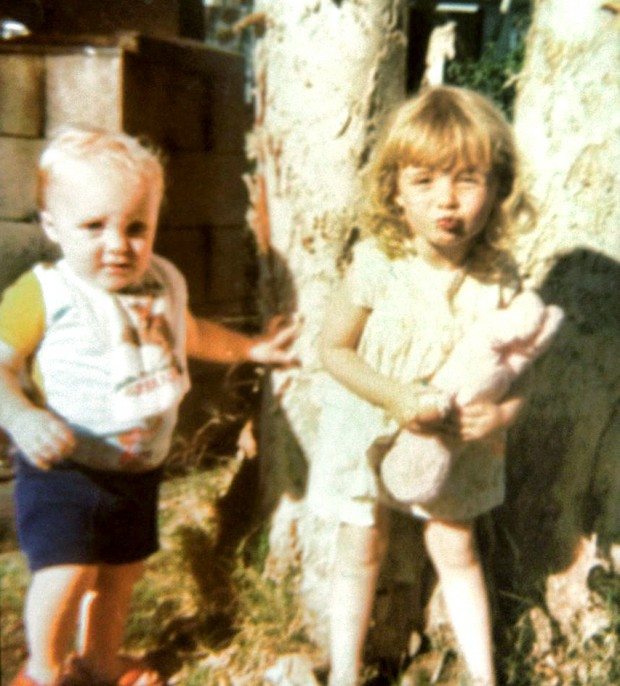 Family, Relationships 349 Comments on A Love Letter to my Brother

A Love Letter to my Brother

This life I was blessed with two brothers. One arrived 15 months after I did and the next 11 and a half years later. I have learned so much watching them grow up. I was recently reflecting on the relationship I have with the older of my two brothers and how special the relationship we have with our siblings can be.

As I felt the impulse to write, I realised this letter is much bigger than the brothers in my nuclear family. I now have many men in my life who have shown me that it is possible to be a tender and vulnerable man, and that to be this way is a true strength, not a weakness. These men have reminded me of the sweetness and tenderness I felt with my own brothers when they were small. In essence, although inspired by my brothers, and addressed to the older of my two brothers, this is also a letter to my dad, my male friends, my granddad, my uncles and all men and boys… all my brothers.

I know how strong you are and I know what makes you the man you are today. Although I did not take too kindly to your arrival, once trying to sweep you out of your cot with a broom, I did get used to you and I was very happy to have you around. We had many, many great times together as children. You were so funny, brave and cheeky as a child. We both faced many challenges as we grew up; despite this you have been able to hold onto your playfulness today.

I came into the world screaming and did not stop… I get the sense that I did not embrace coming in to the world. When I look at baby pictures of myself I see a very worried and unhappy baby. In contrast, you always had a smile on your face and barely made a peep. Our mum still talks about how different you and I were as babies. I was the ‘screeching nightmare’ and you were the easy, placid and sweet one. I do remember that nothing seemed to bother you at all – you had a solid strength that I admired. You embraced the world from day one and I felt safe when you were around. You made things feel easy and I wondered what I was so worried about. I feel like you were sent to be my brother to show me how I could have this too.

You were always so tough, strong and brave. Sometimes when we would fight, you would hurt me. Even though you were younger, we both knew you would always win when it came to a fight (and you always did). It was no fun when I was fighting you, but if I needed help it was so reassuring to know you were there for me. I knew that no matter how much you pretended to not care, you never wanted to see me get hurt. You also knew that I always had your back. Although I was not tough and strong like you, I was brave and I would do whatever I could to keep you safe.

Unfortunately it was not long before I found out that we would not always be able to protect each other. I can feel how we both shut down, in our own way, as a result of how hurt we were by some of the things we went through together. When our parents divorced you became so hard and tough, I felt like you shut everyone out. This was different to the natural resilience you were born with. Although you were born super-strong, in the beginning you were also open and tender. Looking back, I can feel how you protected yourself by shutting down. You made out that you did not care but I always knew deep down that you hurt, just like I did.

I realise now that it has been hard for me to understand what you have experienced as you have grown into a man. I think this is because we both shut down in different ways. You pretended to not care and I put on a happy face and exploded at intervals when I could no longer maintain the facade. We were doing the same thing in our own way.

Growing up, I observed that there were differences between what was OK for you and what was OK for me. You seemed to instinctively know that you weren’t allowed to play with dolls or wear pink. You weren’t supposed to cry or show that anything hurt you, while I was allowed to play with whatever toy I wanted and could wear any colour of the rainbow.

Remember when we used to play ‘executives’? It is so funny to look back on. Even the roles we played then were so stereotyped. You were the CEO in your grand, makeshift patchwork office made of sheets and boxes with Golden Books on the shelves, while your sisters played secretary and brought you mud pies and ‘tea’. It seems obvious now that the messages we were being fed about who we were supposed to be and the roles we would be expected to play were being received loud and clear by us then.

For a couple of years it was just you and me – not boy and girl – but it wasn’t long before things changed. Although I have always known that you love me there have been many times when I have felt judgement and scorn for me as a girl and a woman. If I ever called you a girl it was guaranteed to make you angry. You often told me I ran like a girl, kicked like a girl, cried like a girl… and even though this is exactly what I was, I knew it was always an insult. Later on I saw and felt the way you and your friends looked at and treated women and at times it made me sad to feel how my sweet, lovely brother had learned to become detached and cold.

I knew that you were not naturally like this. I knew that in truth you respected women and saw them as your equal, but… the world was not set up for that. The world showed you that women were to be used, ogled and controlled. I knew that you became tough and strong, and shut down to how you really felt, to fit in.

It became obvious that you cared about what people thought more than you ever let on. I always knew anytime you hurt someone it wasn’t the true you. It was the actions of a hurt little boy trying to cope in the best way he knew how.

Remember when our little brother came along? He was so beautiful and sweet. He was not as good at putting on the tough guy act. We were all so much bigger and felt like we had to protect him. He wasn’t afraid to cry… he even loved watching Cinderella and he didn’t care if anyone thought that was weird.

You were so gentle with him, but I could tell that his sweetness scared you… it scared me too. I realised it would be much easier for me to have another brother who acted tough and strong all the time. Our little brother reminded me how vulnerable and tender men really are. He also reminded me that this beautiful and vulnerable way of being is often shut down, as the world is not made to support men to be themselves. I look back now and can see I was afraid that he would get so hurt he would change who he was to fit in or protect himself.

You did your best to teach our little brother to be tough but I think you secretly admired the way he did what he liked and wasn’t afraid to show his feminine side. I never realised until today – as I wrote this letter – just how strong our little brother really is… and always has been.

For me, growing up with two brothers has been precious. It has allowed me to better understand what many men and boys go through as they make their way in the world. It is amazing to see you today and feel who you really are without needing you to play a role or be tough or strong.

It has been awesome to feel you relax in my company as I allow myself to accept you exactly as you are, let go of the way I need you to be and the roles I expected you to play. I know that I have been able to do this for you as I have been re-learning how to do this for myself – after all, this was the way we were when we were very small. I no longer need anything from you… but I have never appreciated you more.

Inspired by the work of Serge Benhayon and Universal Medicine.

Published with permission of my brothers.

Further Reading:
Men and expression – echoes from behind the wall
My Sister and I