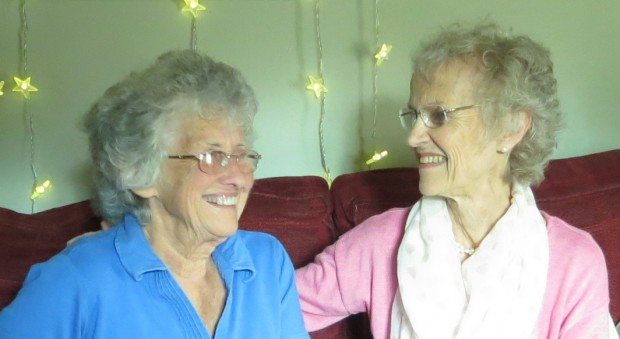 Family, Relationships 682 Comments on My Sister and I

My Sister and I

My Sister and I: My Distant Relationship with my Sister

From the beginning of our lives it has felt as though my sister and I were destined to have a distant relationship. Sharing experiences with friends of their relationships with their siblings, I began to wonder whether there was a possibility that my relationship with my sister may ever change. In the past I have always felt that our relationship was something that was fixed and beyond change.

I was quite aware when growing up that although we were sisters, my sister and I were not obviously alike – not ‘two peas in a pod’. There was an age difference of nine years – my sister was born before World War 2 and I was born afterwards. She looked like my mother with chestnut brown hair and I looked like my father with ash blond hair. 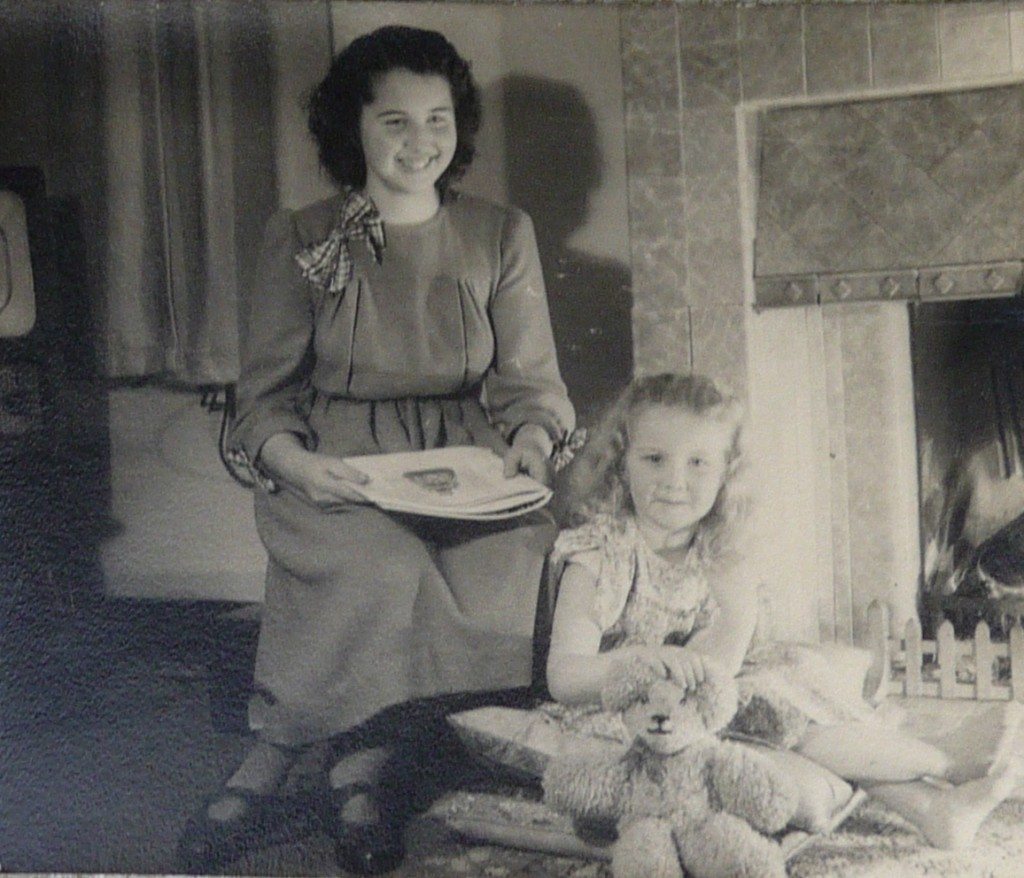 My Sister and I – Growing Up

The recognition that outwardly we were different felt very important in a family where ‘what you looked like’ was more important than how you felt. On reflection I can see how there was not any talk of love or of how we would relate to the world outside of the family. The family felt like a closed unit with no room for change or expansion: everything was to be kept inside the family and guarded from outsiders and intrusion.

These differences were further emphasised when I was told by my mother that if we were not related my sister and I would not have a friendship. At that time I accepted this as a fact of life, although there was a sadness about my distant relationship with my sister as I was gradually becoming aware of how some friends related to their siblings – it felt as though they had a warmth of expression and a camaraderie between them. When others spoke of their siblings there was a closeness that seemed to elude my sister and I.

Blaming my Sister for our not so close Relationship

About eighteen months ago my sister and I attended the funeral of our uncle. Up until this point I had always been blaming my sister for this lack of a true close relationship between us: I suddenly (or so it seemed) found out that this was not the case. We were sitting around a table eating lunch with relatives and my sister was having a lovely conversation with a cousin. I interrupted their conversation and used manipulation to turn it around to a subject that was solely shared by me and my cousin, in order to exclude my sister. While I was sitting there it was as though I was an onlooker and could see what I was doing for what it truly was. I realised that I was part of the reason that I did not have a wonderful, warm and close relationship with my sister.

I saw that my manipulation was fuelled by jealousy. . . a feeling that had been there throughout our lives. As a young child I had felt the close relationship between my mother and sister, which although part of me wanted to enjoin, there was a part of me that felt uncomfortable, as this closeness seemed to exclude my father. It was all very confusing; it felt uncomfortable and disturbing, but at the time I was unwilling to see what was happening. I chose to not look at it and pretended it was not happening to me – I became lost in my own little world.

Exploring Our Relationship with the help of a Universal Medicine Practitioner

A process of unfoldment began after our uncle’s funeral when I was having a conversation with a Universal Medicine practitioner, Sara Williams. I explained that I would like to look at the relationship with my sister and to start the process of building a more loving connection with her. It was suggested that I could choose to make changes, and that would be helpful in how I related to the world in general, and there was a possibility that this might bring about changes in how my sister and I related. With the help of Sara I was able to feel the fact that this interaction with my sister at the funeral was indicative of how I was relating to people generally and was not specific to my relationship with my sister.

Following this realisation, I made more opportunities to have contact with my sister but our relationship continued on a similar footing as before, based on duty and a desire to not lose touch. Meanwhile I started to go deeper within myself and developed a more loving quality that I was now choosing to bring to myself.

Last Christmas I decided to make her a patchwork cushion. While I was making the cushion it felt beautiful as I placed the pieces together and considered the colours and what felt right for her. I was aware of how lovingly this process evolved – I wrapped it up and handed it over. It felt as though I was handing over a part of me as I knew that it was full of warmth, love and tenderness. When my sister thanked me for the cushion after Christmas I could feel her warmth and enthusiasm, and that she had felt the love. It somehow had started a process of healing our relationship that is still evolving.

Building a New Relationship with my Sister

My sister has recently been seriously ill, resulting in an admission into the Accident and Emergency department at our local hospital. This feels like another one of those times to take a look more deeply at our relationship and to see how this reflects on our ideals and beliefs. Up until this point I have seen her as a ‘sister’: someone who came as part of the package when I joined my family, and a fixed point that could not be changed. I have never considered her outside of this role, or that she was another woman finding her way through life – that before being sisters we were both women. Her illness has felt like an opportunity to see my sister as I have never seen her before.

I visited my lovely sister at the hospital recently – it feels like sometimes life makes us stop and re-evaluate what it is all about. I stood and brushed her hair tenderly and lovingly and it was so beautiful to do something so simple and yet it felt like a deep connection to who we really were: two sisters who had not made the time to deeply connect and express their deep love for one another. It felt like I touched that place where our souls met.

It feels so amazing to have started to build this beautiful relationship with my sister now – she is 77 and I am 68 – and I feel truly blessed to have been given this opportunity to spend time with her. In the past, keeping in contact has always felt like a matter of duty, whereas now I look forward to our next visit and I can see and feel that she is also finding a new depth and warmth in our relationship. 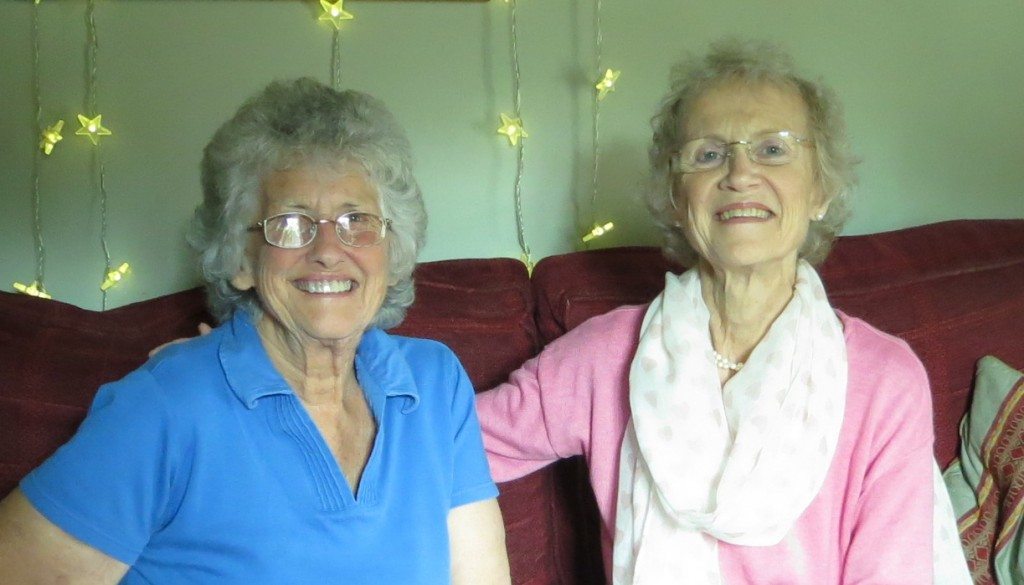 We are starting to speak with honesty about how we feel now and how we have felt in the past. The other day my sister was able to tell me that she had been so jealous of me in the past and this felt so amazing that she was able to say this to me in a way that held no fear of judgement – just a beautiful moment of one-ness. Reaching this point in our relationship has opened up so many opportunities in my life – I am now able to take responsibility for my part and allow others their dignity.

I know that this openness and love that my sister and I are finding would not be possible without having found the work of Serge Benhayon and Universal Medicine.

I live in a market town in the beautiful English countryside - love walking and connecting with nature. Last job was in Finance and now I am enjoying supporting the elderly. I love interacting with people and realising how lovely people are when we connect. I have two gorgeous children and three grandchildren who inspire me to keep play-full and up to date.