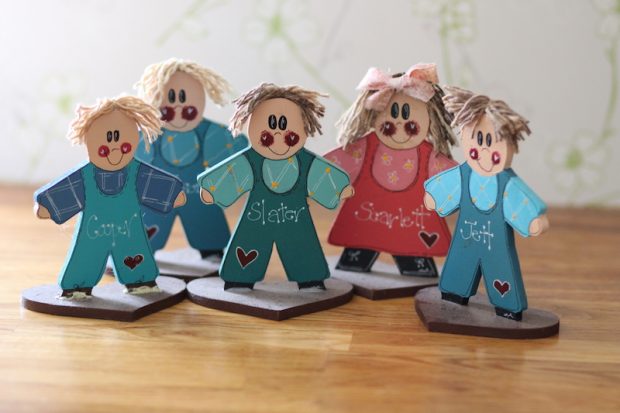 Healthy Lifestyle, Parenting, Relationships, TV / Technology 339 Comments on Are all Children the Same: Do they all Need to be Parented the Same?

Are all Children the Same: Do they all Need to be Parented the Same?

By Nicole Serafin · On October 21, 2017 ·Photography by Leonne Sharkey

Having had three children, all very different in every single way, with absolutely no similarities even in their looks, it didn’t take me long to discover that what worked for one did not work for another.

I remember going into my second pregnancy feeling like it was my first, and having a friend share with me to treat it as that, and I found parenting them was no different – they were all as if they were my first – and three children in, I am still learning and feel like I am starting from scratch at times.

The only thing I could feel that was the same was they all needed the same quality and consistency from me: they needed to be parented, and that came from how I was with me first, then from me being fully with myself I could feel what they needed individually and how I could support them.

After having our first child I observed how easy it is to place them in front of a television to give me some time to get things done… a break. These days TV has been replaced by electronic devices in becoming the babysitter of the millennium. And what a great distraction… a child can be distracted by an electronic device for hours on end, allowing you as much time as possible.

In our case, we soon discovered that our daughter became quite despondent, distant and at times angry during and after watching television or using an electronic device. We started to cut back on the amount of television she watched, and electronic devices weren’t really a big thing when she was young so that was fairly easy to cut back, and out.

Eventually, after noticing a massive shift in her without watching television, we decided to stop watching TV altogether. It was a choice we had also made for ourselves earlier on so it was a natural next step for us. After all, if we could feel how television impacted on us and why we were choosing to watch it in the first place, then she was definitely being affected equally so.

Again, the choices we made when it came to parenting our children first came from us and what we had felt, and watching television for us felt like a distraction: it took us away from feeling what was needed, and from being able to take into account each child individually – each one needing different routines, rhythms, boundaries and consequences.

Even though each child is different, there is a level of consistency that each child needs to feel from us as parents. This includes a willingness to be present in each moment to be able to feel what is needed, rather than going into ticking the boxes or wanting to look good. It also includes not being afraid to stand out or shy away from the reactions of others because we choose to parent our children in a way that is different and at times confronting for others.

I see myself as their guardian until such point in time that they are old enough to make their own choices. Being a parent has allowed me to commit to my own level of and quality of livingness, to connect to and feel what is needed in each moment for each child as an individual, but also taking the whole into consideration.

There is no off time when you are parenting children – you are always on. I know through my own observations in the home the impact electronic devices, unhealthy foods, routines and rhythms have on our children and it is not a life I choose for them.

Don’t get me wrong: at times it can be challenging – being ‘on’ all the time asks me to not go for the distraction or quick fix. But being ‘off’ – I have discovered very quickly – is far worse, and for me parenting is not at all ‘in-joyable’ when I am looking to escape, even if it is just for a second.

I appreciate every day all that our children have brought to us, and at such a young age have shown me the absolute glory there is in loving and deeply caring for myself.

I also deeply appreciate and am forever ‘great-full’ to Serge Benhayon for reflecting and living true family, for without this reflection, I would not have the family or children I have today.

Blessed in every way for these children being sent, and an absolute honour to be their guardian for the lives they have chosen this time around.

Published with permission from my husband.

Further Reading:
Re-claiming the Responsibility of Being a Parent
Parenting from the Heart
Mothering, Me and Serge Benhayon

Living in Tintenbar with my amazing husband and three beautiful children. Life is simple, uncomplicated and full of magical moments everywhere I look. Birds chirping, kookaburras singing and kids playing outside chasing each other around and around, making me dizzy at times but still glorious to watch. Not a moment goes by where I do not stop to appreciate all that I am, who we are as individuals and how we are together as a family, truly glorious in every way.