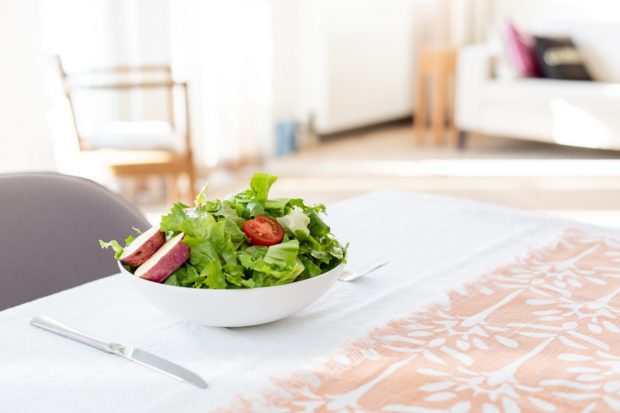 Healthy diet, Healthy Lifestyle 28 Comments on Food Choices, My Body and Me

Food Choices, My Body and Me

By Jane Torvaney · On May 8, 2020 ·Photography by Nico van Haastrecht

I had been working with my diet for quite some time and often found it difficult to put into practice – giving up food that made me feel under par after eating it, that made me want to sleep, or that gave me a rush of energy that left me feeling totally wired but less in control of my life. Often I would feel the effects, then the next day or week I was back trying the same food again even though my body had loudly told me, “Don’t do it!”

And so here I was after many years of overruling the very clear messages my body was giving me – now facing more serious digestive problems that required a much more loving and attentive relationship with food and a more specific diet.

Everything in me was saying yes to this potential shift in my relationship with food and I began immediately whilst on holiday. It seemed a good time: I was with friends to support me and the alternative foods that I could eat seemed plentiful and delicious.

So off I started, fully committed and with a lightness in my step. What was to unfold over the next two weeks was very interesting indeed.

Sitting at a round table of 10 people for dinner I picked up the shared menu and saw all the things I loved to eat but were currently off my diet. An uncomfortable feeling arose within me and grew and grew. It was a sense of injustice: “Why can’t I eat all this lovely food?” I was angry, I was upset and I felt left out. Here I was on holiday sharing what should be a lovely time and instead I felt I was being punished and was now sitting on the sidelines feeling slightly disconnected from everyone around me.

This feeling grew more as each course was brought out and passed around the table. The sights and smells were tantalising as I watched the food slip off the serving dishes and onto my friends’ plates whilst they discussed the taste and considered how it had been prepared. My own special plate of green vegetables arrived and I felt bereft.

Tears welled up as I worked my way through what I considered was a very boring dinner. I kept my head down, finished eating and quietly took myself off to bed.

Breakfast. My usual eggs were off the menu so I had to adjust to vegetables and fruit. Not so difficult this morning but probably ate a bit too much fruit to compensate for feeling I was missing out again and hours later I felt bloated.

I felt more hungry than usual by lunchtime. I knew that eating only green vegetables was not going to sustain me at this stage so I spoke with the kitchen manager to see how we could spice up my evening meal. I remained committed to my diet but knew some tweaking was required to support me both physically and emotionally. The kitchen manager was sensitive to my needs and I felt her warmth and willingness to work with me, even to the finest detail. I noticed just having that support allowed me to release some tension in my body I had not recognised I was holding. I did not have to do this alone.

Still a little of the feeling of being left out. I was sitting with a different group of people and when my own different dish arrived there were many questions from others around the table. I didn’t want to be different and I didn’t want the focus of my dinner to be the topic around the table. “Why does it have to be like this?” I asked myself. “Why do I have to be the one missing out?” I spoke with a friend later that evening and she asked if I had deeply considered how much I was choosing to now look after my body and how perhaps that could be celebrated rather than focussing on feeling left out.

Something began to shift in me as I could now appreciate the positive choices I was making towards my own health. I did not completely come out of the feeling of missing out for nearly two weeks. I had several tricky moments when I ate out at different restaurants and had to negotiate with the chef food that would suit, but as my body began to reap the benefits of the new supportive way of eating, so too I deepened my appreciation of my choices and my continued commitment to truly listen to my body’s response to what I put in it.

So how do you deal with all those emotions that arise when you are trying to support your body through making more loving food choices?

What I found helped most was to express everything I was feeling, from the tiniest sense of feeling left out to the oceans of sadness that would occasionally rise as I felt how I had treated my body so badly in the past: no pushing it down and no indulging in the feelings. Just simply saying it clearly just as it is.

Also appreciating my new choices at every possible moment: I cannot emphasise enough how much giving myself a pat on the back kept me on course without needing willpower or determination. With oodles of appreciation, my body and mind became a team that worked harmoniously together.

And finally I found there is so much support around when you ask. There is no need to stay stuck in the overwhelm that can arise with change… whether it is friends, family, shop assistants or restaurant staff. Even when you think things are too difficult, it is amazing how much people love to help. And as with so many things in life, the reflection we offer when making loving choices can offer much inspiration to others along the way.

It is several months since I first made the changes and my relationship with food is now very different. Despite taking some foods out, with my deeper interest in the ingredients I source and how I cook, I am finding my menu more extensive than ever before, which I love. I am paying more attention to what happens to my body after I have eaten and adjusting accordingly too. Some of the foods I had been avoiding are back on the menu again and others have stayed off. It has been a process of experimentation which is ongoing. And rather than being restrictive it feels like all the changes are allowing an expansion of what is possible in my kitchen, a deeper connection to my body and an understanding that its voice is the one that always speaks truth with regards to which foods really support me.

Further Reading:
Our Perception of Health
The Body and My Relationship with it
Love on the table