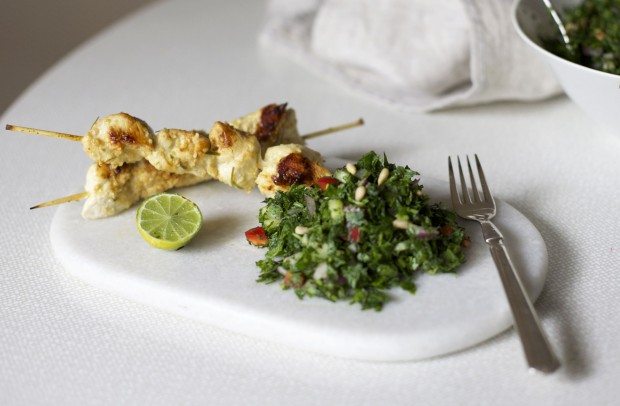 Healthy diet, Healthy Lifestyle 559 Comments on From Extreme Diets to Eating what my Body Really Needs

From Extreme Diets to Eating what my Body Really Needs

When the media articles about Serge Benhayon and Universal Medicine came out in 2012, they suggested that anyone involved with Universal Medicine was being told to eat a certain ‘extreme’ diet. I knew from personal experience that nothing could have been further from the truth. The kinds of diets I’d been following in my life and subjected my body to – which many would accept as ‘normal’ – were in fact the truly extreme ones and were far from what my body really needed.

When I first met Serge Benhayon, my body had been begging me to eat meat for the last 18 months. I had been refusing to give into this clear message as I had made the choice to be a vegetarian. As a result I was exhausted, malnourished, and overweight.

I had been eating a vegetarian diet for several years prior to this. I had never considered asking my body how it felt about this decision. On reflection, this would have been the natural thing to do.

All other animals know what and how much to eat. Yet somehow we seem to have lost this natural ability from the human psyche and have made our minds king. My decision to be a vegetarian came from what my mind wanted and my reaction to how animals were farmed for meat.

I felt quite healthy on the vegetarian diet until I became pregnant: then the objections from my body grew louder and louder. Instead of listening to my body I clung with white knuckles to my principles. My ‘clever’ mind tried to find ways around what my body was clearly telling me. I ate excessive amounts of dairy and eggs in the hope that these would substitute for meat. My wellbeing continued to deteriorate, especially as I was breast-feeding. This continued until my son was a year old.

WHAT MY BODY KNEW

That was when I had my first healing session with Serge Benhayon. He never once mentioned diet or what I should eat. Yet at the end of the session I drove straight to the take-away to get a chicken satay stick. Surprisingly, I did not feel guilty.

I simply knew that this was what my body needed and I could not keep abusing it. What good was my peaceful protest against animal cruelty if it ended up destroying the protestor?

My body was right. It did need meat at that stage of my life and my energy and wellbeing improved markedly. This was a turning point in my life. I realised how much my body knew and how harmful and inflexible life run by ideals and beliefs could be.

THE QUESTION OF GLUTEN

My next big lesson about listening to my body came in the form of gluten. Over several years I had heard Serge Benhayon present about the energy of gluten and its effects on the body.

He never once said we should stop eating gluten. He simply presented listening to and respecting the wisdom of your own body.

So, with the free will to make my own choices (and feel the effects), I continued to eat gluten. However there did come a time when I knew that gluten was not sitting so well in my body. I really didn’t want this to be true. I couldn’t imagine life without bakery treats. So I played the game of adjusting my eating just enough to reduce symptoms and made excuses to myself for why my stomach wasn’t feeling so good. This continued for sometime until D (donut)-day.

I was grocery shopping one night and just inside the entrance to the supermarket was a table full of half-priced six-packs of iced donuts. Who could say “No” to that? I certainly couldn’t! So I took them home and ate not one or two but four donuts! I will never forget how I felt. For the next three days it felt like I had had cement poured into my stomach. Now, knowing the word gluten comes from the Latin meaning ‘glue’ makes a lot of sense! I could barely eat and my stomach was very, very uncomfortable.

I have not eaten gluten since that day and have never regretted it. I instantly started to drop the weight I had struggled to lose and returned to my natural size. I am free from the lure of bakery treats. I had had a big lesson to listen to and respect my body. It can only take so much before it says “No” quite loudly.

Today, I do not eat a prescribed diet (certainly nothing like an ‘extreme’ diet!) and what I eat is always changing. To others my diet may look extreme and as though I am ‘missing out’. From my experience, what I used to accept as normal was extreme and harmful to my wellbeing. Considering that over two-thirds of Australia’s population are overweight or obese, it may be time to start questioning the ‘norm’.

I now feel what my body needs to nourish and support it. I already knew first-hand how loudly my body could speak and the harm caused by ignoring it before I met Serge Benhayon.

What he has continually shared is to keep feeling what is right for ME.

No prescription, no rules, no letting myself be led by any ideas, needs, experts or diets, because…

There is no greater expert on what’s best for me than me.

Living in Lismore with my teenage son and dog. Loving the simple things in life, moments of beauty, a walk in the early morning light, great friends and home cooked meals. Enjoying being a part of nursing again and sharing self-care and body awareness.