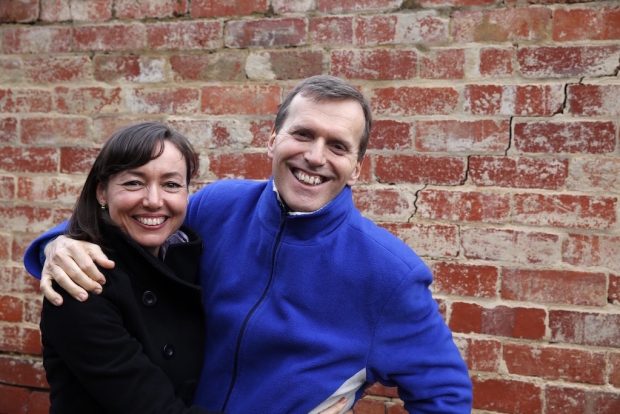 Family, Relationships 523 Comments on My Brother – Not an In-LAW

My Brother – Not an In-LAW

By Anonymous · On July 8, 2016 ·Photography by Emilia Pettinato

Ever since I was a little girl I always felt I wanted to have a brother. I often asked my Mum why we didn’t have one and wondered what it would be like.

As my sister and I were growing up I hoped that Mum would have another child and it would be a boy so that I could have both a brother and sister to hang out with.

I loved being with my sister. We would keep each other company and we got on most of the time. We had similar interests and would play with all the children in the neighborhood for hours.

Over the years my relationship with my sister developed and you could say we were like two peas in a pod. I just came to accept that I had one sister with whom I shared most of my time. We did everything together including travelling, hanging out and living with each other once we moved out of the family home.

It wasn’t until my sister met my brother-in-law that things started to change.

You could say that the carpet was pulled from under me and I was in shock that the person I loved so much in this world was now sharing her time with someone else. I went into big time reaction and experienced a sense of grief because I thought that I was losing my sister’s love.

I knew that this reaction was not okay but couldn’t seem to stop myself from slipping into a pattern of anger, frustration and resentment towards this person and how I believed he was negatively affecting my relationship with my sister.

After a year I knew that this couldn’t go on as my sister began withdrawing from me because I was building a wall of hurt that would not let her or anyone else in.

With bucket loads of crying – and noting that by building this wall of hurt I was not only getting in the way of my sister’s new relationship but also my own – I decided enough was enough and knew the change had to start now, otherwise I would continue to harm the relationship I treasured so much.

It was only with the support of the teachings of Serge Benhayon and learning about the choices I was making, did I make a decision to heal old patterns and let more love in: it was then that things started to change and slowly the cycle of judgment started to shift.

Three years later, and with a lot of understanding and letting go of false beliefs, I realised that the day my sister and brother-in-law got engaged I was actually being sent a gift. A gift I was longing for all my life and one I was persistent in asking my Mum for as a little girl.

The brother that I thought was missing in my family and I was longing to welcome in, had arrived. Someone I could hang out with, share my crazy and silly sense of humour with, hug with great love and accept with all my heart.

So nearly four years later and with the celebration of my brother-in-law’s birthday (the other day), I found it fitting to buy him a card that read “A brother like you doesn’t come along every day.” At this point I knew I had accepted with open arms that he is no longer my brother-in-law but my brother.

I now see a fun, light hearted, playful, and sensitive man who I love dearly; someone who was waiting patiently that whole time for me to let him in.

With deepest gratitude and appreciation for Serge Benhayon as it is through him that I am coming to know my true self every day and feel truly inspired to be that graceful reflection.

His inspiring work has allowed me to break down the pictures I had of who and how I should love and brought a stop to a way of living that was harming the relationships that I loved and valued.

Further Reading:
Relationship games – fear of losing love
My Sister and I
A Lesson in Surrender – Be Like a Feather