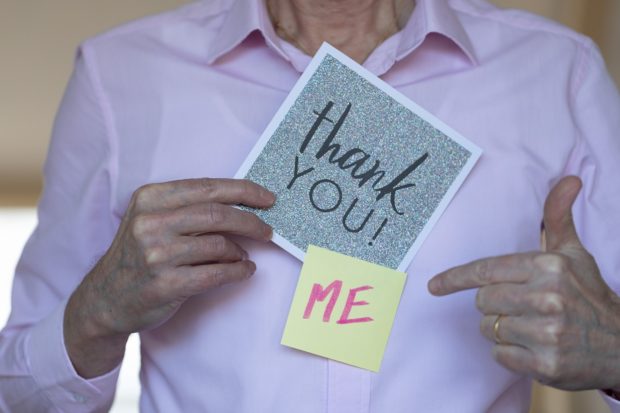 Healthy Lifestyle, Quitting alcohol 180 Comments on My Journey with Alcohol

My Journey with Alcohol

By Anonymous · On February 20, 2019 ·Photography by Nico van Haastrecht

My parents rarely drank alcohol – I cannot recall seeing either of them drunk. I do recall my father being very ‘tired’ on some days, but this was very rare. My family were dairy farmers; my father worked hard, seven days a week. There were no days off to recover from a night out. We lived with my mother’s parents and most Sundays my grandfather would head off to play lawn bowls at the local bowling club. He would arrive home in the early evening quite drunk and very talkative and also very authoritative.

Around the age of 16, at a family function on the front verandah, I was asked if I wanted to have a taste of beer, which I did and I hated it. I certainly had no desire to start drinking, yet within a year or two of this I was binge drinking two or three times a week.

I have often wondered why I fell into the trap of alcohol when my parents hardly drank at all. Was I just rebelling? Was I being influenced by my grandfather’s behaviour or was I trying to be recognised in a weird and destructive way? I was heavily involved in sport and the drinking culture that goes with it –– was it this that led me to binge drinking?

I had a low tolerance to alcohol so maybe I could blame that. I can look back now, 40 years later, and see that it does not matter which one it was – or combination of them or indeed all of them together – as there was always a point where I had a choice. It is very clear to me now that I chose to continue drinking knowing what would occur and the consequences that came with it. There was something within me that gave me the opportunity to choose to go home or continue drinking. As I write this I can feel the lack of responsibility in those actions.

So, why did I make the choice to continue drinking? Was I waiting for that magical moment when someone says something that allows me to feel good about myself? Was it because I needed to be one of the boys or was it me, avoiding the tensions of my everyday life? Could it be that from an early stage of my childhood, society dictated how I was to be as a man. This never felt right but I embraced it and attempted to live my life in that way.

You would think that making the wrong choice a few times might send a clear message to me that I needed to stop doing this. These messages I did receive but in my arrogance, I ignored them. I could handle the situation. I ignored them for almost 20 years. I could convince myself that it was okay for me to have a couple of beers and then come home… I wish. Many times it was “just one for the road,” which became one too many.

I met my first wife when we were both drunk. My intimate relationship with my second wife began with us both being drunk. Had I learnt anything? Not at all. My behaviours the second time round were exactly the same as they had been since I began drinking.

I was at a sporting function at a local licensed club when I was called to the front desk. My girlfriend was ringing to say that she was in hospital, seriously ill and had been suffering a lot of pain. She explained what was going on. I had been drinking for quite a while so heard only some of what was said, but eventually I heard what I wanted to hear; “I do not want you to come to the hospital, stay at the football presentation.” It may not have been said as clearly as that, but it was what my interpretation allowed me to hear. I was having a great time drinking and could not see any sense in going to the hospital and standing around feeling useless. It was all about me!

Sport was used as an advertising vehicle for both alcohol and tobacco 40 years ago; consumption of alcohol was made out to be a ‘manly’ thing to do and there was a strong culture of drinking alcohol in the sporting clubs that I was associated with. In saying that, I cannot blame these clubs I was associated with for the choices that I was making in regard to alcohol. That was my responsibility.

Because of my drinking, I was feeling very uneasy about my life. It was affecting my work, it was affecting any relationships I had with people. I reached a point where I knew I needed to leave town. I was not honest with myself at first, saying that I was tired of my work and that I wanted to be self-employed. In the mid-nineties, we went on a family holiday to the North Coast. By the end of those two weeks, I had bought a small business. It was an interesting choice as it involved me having to build relationships and sell products to these people. I did not see communicating and connecting with people as one of my strengths at that point of time. Did I know that I was hiding something about myself?

Upon returning home, I went back to work, gave two weeks’ notice and moved to the Northern Rivers. This was my solution to my drinking problem. I was putting a lot of pressure on myself and I just wanted to run away, so I did. It certainly was a step in the right direction. The underlying issues that caused me to turn to alcohol were still there, but I managed them in a different way – mostly through my work, the volume of it and the way I carried it out.

We lived out of town, away from my work so I had no need to mix with people and I began drinking low alcohol beer. I only ever drank beer; very rarely did I drink spirits. By isolating myself and through my commitment to ‘solve’ my drinking problem, I did – almost. There were two occasions in the late 90s where I allowed myself once again to step away from the responsibility mentioned above.

Six and a half years ago, I met someone who introduced me to Serge Benhayon and the teachings of the Ageless Wisdom. By this stage I was rarely drinking at all – only light beer and always choosing to be responsible, mostly just to fit in at social events. The decision to let go of alcohol completely was very easy. It was like I needed someone to give me permission to just let it go. It is funny how sometimes we hang onto the past behaviours, whether they resulted in a good or a bad experience.

This 40-year journey has cost me a lot … I am not just talking about money here. The 20 years of needing to escape by using alcohol has dominated the way I have lived for most of the next 20 years. It has affected all of my relationships with people, particularly in the heavy drinking days. It is a horrible feeling talking to someone who was with you on a binge, not knowing anything about what I had done or said: the anxiety that I went through in the days following was terrible. My relationship with my wife and family was very unhealthy, and my relationship with myself was unbelievably toxic.

Going against what so often I felt was right created a lot of anxiety and nervous energy in my body. I put a lot of pressure on myself. This was exhausting. I needed to escape the pressure and anxiety. I needed to escape life. Ahh, enter the drinking. This was my escape and it became a part of my life. I did not realise that the drinking created the same problems… I was going around in circles. Even when I had the drinking under control, so to speak, I used other ways of escaping, like work.

I still feel, occasionally, the guilt that accumulated from those years where I stepped away from my responsibilities. Through Universal Medicine and its practitioners, I have been able to peel back the layers and expose the expectations, beliefs and ideals that were put on me – initially as a young child and then as a man – from society, my family and eventually myself: expectations, beliefs and ideals that were not a part of me when I was born.

Thank you to Serge Benhayon, Universal Medicine, its practitioners and my partner for those six and a half years.

And a huge thank you to me for allowing me to be honest with myself…  finally.

Further Reading:
The Body and My Relationship with it
Giving up Alcohol
Why I Hate Alcohol