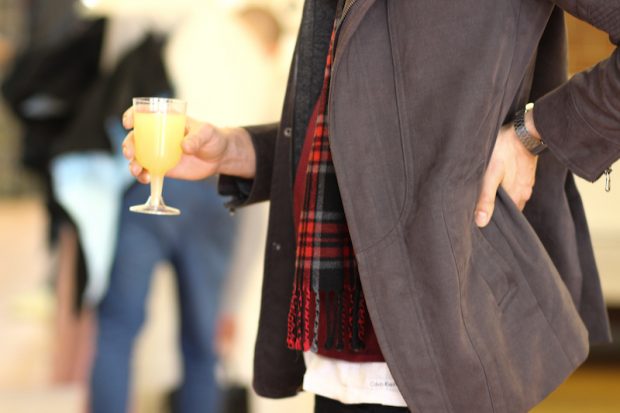 By Matts Josefsson · On December 17, 2016 ·Photography by Leonne Sharkey

This is my story of when I decided to stop drinking alcohol. I was never a heavy drinker at all, I actually hated the taste of wine and beer – and especially the taste of alcohol, it made me want to vomit, but I still drank because all of my friends did. So instead of listening to my body, I drank to fit in.

I know that is a sad excuse but that’s how it was for me, and it goes to show that my self-confidence wasn’t the greatest at the time. Drinking back then was the “social thing”, even though I now feel it’s the furtherest thing away from being social. We like to believe it’s social because we feel more confident speaking to people, but I’ve learnt it’s not a true confidence.

So back to my story…

In the beginning I must say I enjoyed the buzz – I thought I felt more confident but at the same time there was a stroke of arrogance about my behaviour. I was quite flirty and used my looks and charm to attract women, but it felt quite shallow and needy and I didn’t feel that I was being very respectful towards them, even though I was in no way rude. At least that is what I felt at the time.

It just felt like the whole situation around consuming alcohol seemed very superficial and fake and this is not what I truly wanted. I love being around people and I love the connection with them, but when alcohol was present that loving connection was out the door and that was also one of the reasons I quit drinking, side by side with the following incidents.

When I got to the point where I decided that enough was enough and I stopped drinking altogether, there had been a gradual process of realising how I felt after having alcohol.

I have been one of those guys that wanted to go out the door and play first thing in the morning but after a ‘night out’ my body just didn’t have the energy to do it and that bugged me quite a lot. So the okayness I felt about having alcohol slowly faded and ended entirely after what I can remember was a three-stage process.

The first time was at a party of one of my friends; I felt my lower back hurt when I started drinking and I couldn’t understand why. It just felt very uncomfortable, as if someone was holding and squeezing my kidney very hard. But at that point I still kept on drinking.

The second time, from what I remember, I started to feel something before I even opened the first bottle. Something in my lower back started to hurt the same way as the first time but I overrode this feeling yet again.

The third time however, something happened that made me realise what I was actually doing to my body. Same thing as before, I could feel something in my kidneys before I even started drinking but this time it felt as if someone literally put a knife straight into my physical kidney… and that was enough for me!

After that incident I never touched alcohol again and I haven’t regretted it for one second. It was actually great that my body told me that loud and clear what it truly preferred. Looking back I knew from the beginning that alcohol wasn’t my thing. When I was younger no one really questioned why you drank (except from my mum, bless her) but why you didn’t drink, as if drinking alcohol is normal.

For me it seems very strange to put something into our bodies that makes us ill, flat and tired the next day – it doesn’t make any sense, so giving up alcohol for me was a no brainer.

Now when I go out to restaurants or clubs, which is a bit more seldom than before, I have a glass of water and enjoy the food and the people.

Further Reading:
Getting Honest about Alcohol
Drinking Alcohol – The True Picture, The True Damage
From wine to water: How I finally quit drinking alcohol with the help of Universal Medicine and Serge Benhayon

An awesomely loveable man who I’m getting to appreciate more and more, born and raised in the middle of beautiful Sweden. Going on 40 yet it feels like I'm ageless within. Love how the sciences and truths about life can be felt within and I enjoy big time connecting with people, which is pure magic. Exercising my awesome sound system, driving my car, watching a well made movie are also things I enjoy.