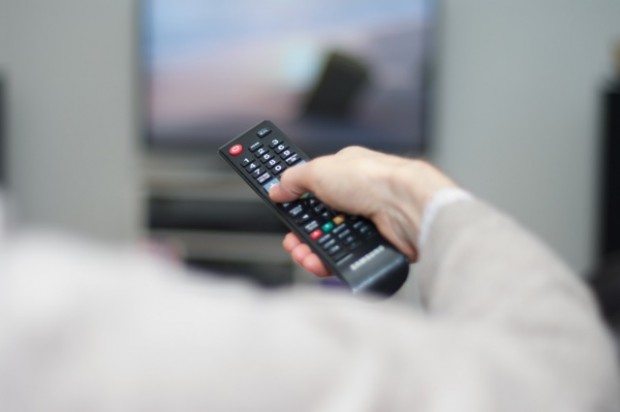 By Mark Payne · On January 9, 2016 ·Photography by Benkt van Haastrecht

For as long as I can remember, I have always watched a lot of TV. It was something I could do with my dad, usually watching sport, and because Dad wasn’t able to give us much attention – simply because he didn’t know how to at the time, – it was one of the few activities we were able to do together.

So began my life of watching TV – a lot of sport, movies, sitcoms – anything! It worked beautifully with my pattern of checking out from the world … and as I got older, TV, along with alcohol and various other drugs were used. Looking back I can feel how TV watching increased my anxiety, which then led to procrastination and a life of stress and rushing, doing just enough to get by.

This pattern of numbing myself and numbing my awareness lasted a long time. I was 40 years old before I finally gave up drugs; I gave up alcohol about 5 years after that, but TV endured until just recently. Although I have felt the effects of scanning through the channels, looking for anything to watch, hours spent watching sport and re-runs of comedies from 20 years ago, it took a weekend of way too much TV to make the firm decision to give it away and find out what I might achieve without it.

When I allowed myself to really become aware of the effects TV watching was having on me, I could feel that it was numbing my awareness and much more.

I called these effects the T.V.‘D’s; I wrote them on a ‘post it’ note, which eventually got stuck to the TV.

Drains my energy – we function on energy, and time spent in front of the TV is stimulating to the mind, which then makes getting to sleep difficult. The consequence of this for me was that I was still tired when I got out of bed the next morning. If I stayed up late, it was usually because I was watching TV, so that also meant I would be tired the next day.

De-motivates me – this one is self-explanatory: when watching TV, not much else gets done. I would do a bit of work, tell myself I’m tired and need a break, sit/lay down and watch TV, then whatever I had planned to do after that was ‘forgotten’ and left for another day. On occasions I would have a trip planned for work but get caught up watching TV, resulting in me cancelling the trip. This was followed with lies and untruths about why my trip was cancelled and my services were to be delayed. This procrastination sometimes caused a whole series of events where I put myself under pressure and stress, which then increased my level of anxiety.

Dulls awareness & understanding – while watching TV, it was easy to override the awareness of how tired I really was. Usually I start to get physically tired around 7.30 pm, but if I was watching TV I couldn’t feel that and therefore I would stay up way past my bedtime, a very naughty boy! It is also a very effective way to numb something I don’t want to feel. Eating while watching TV was the most effective form of numbing and distracting myself since I no longer used alcohol and drugs.

Develops anti-social behaviors – on far too many occasions I made the decision to watch TV rather than going out into the world to interact with others. Go to a party or watch a good movie on TV I might have already seen? – TV wins. An opportunity to learn more about love at a presentation by Serge Benhayon or AFL grand final day… tough decision – but TV and the live telecast of the footy wins. Go out tonight, tired from watching TV, so ‘too tired to go out’. You get the picture.

Disastrous for eyes – this one just occurred to me now. When I would watch hours of TV and then go to bed, I could feel the effect on my eyes – they hurt. From what I can tell, all of this TV has diminished my eyesight as I can feel the difference when I watch less or no TV.

It is clear that becoming aware of the T.V.‘D’s a year or so before giving up TV shows the difficulty I have had in deepening the love for myself – that is true. I also know that if I had made myself give up TV before now, then that would have been for some reason other than it being a truth for me. Although that’s not great, it is better for me to make changes that are true for me, rather than to change a behaviour because someone else does.

Since giving up TV I have found I have so much more time to devote to reading and writing. I am getting things done before I need to, getting to bed earlier, getting up earlier and my eyes feel better. I have also noticed how other distractions put their hand up to replace TV… so far I have been able to not take up any new ‘pastimes’. As with other things I have let go of in the past, I know it takes a little time for those thoughts of ‘maybe just one episode of Seinfeld’ or ‘just a half hour, then turn it off’, to diminish, so choices must be made and resolve must be consistent.

Over time, it has become clear to me how letting go of choices that don’t support me are not so much about giving up something, they are about saying ‘yes’ to who I truly am. When I am choosing to be all that I am, the desire to numb or distract myself falls away without effort, and I get on with what needs to be done.

In appreciation of Serge Benhayon, for showing there is another way, not only by what he presents, but also how he lives.

Further Reading:
Addictions
Coming to the Truth about how I was Living…
Biting my Nails – Old Habits die gently

Living in the beautiful and wet northern rivers of NSW, running 2 small businesses with my jovial friend - we laugh a lot, sometimes inappropriately, no apologies necessary. Aspiring to give way to other drivers more often, the beach is better with dogs, Kookaburras know what it's all about and me too, living a life that once seemed out of reach.