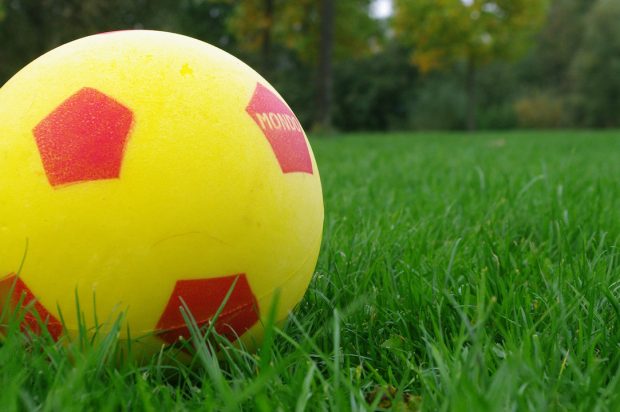 By Stephen · On October 24, 2017 ·Photography by Benkt van Haastrecht

Recently I took a group of children for some ball games at a school holiday activity club. The activity was informal and all about play. In this session it was brilliant to observe the children at play and to see how their attitude towards playing was influenced by my own approach to teaching and also shaped by their own interests, not any impressed-upon beliefs.

The session wasn’t really about learning the skill, it was about having fun, being inclusive and getting lots of exercise. I took quite a laidback approach to the session, but also was watching intently to see who was getting to play and who might be missing out.

I had recently had a conversation about competition with a colleague at work: I believe competition is overemphasised and doesn’t actually reflect our societies – or indeed need to be fostered, as the age-old argument states. My feeling is that life is much more about cooperation than it ever is about competition: we will be much more successful by being open and considerate of others rather than overcoming them. I believe this will give us a more rewarding life than being ultra-competitive. There are of course contradictions to this but they are most often in the world of big business and high-end sport where corruption and underhand tactics are rife, and I for one don’t want to teach any child to become good at that.

Back to the ball game: my approach to teaching children’s games has changed over the years and I prefer to be softly spoken as much as possible, so my approach to this session was to be a facilitator and try and keep the game going while ensuring everyone got a turn… not winding up the children into a frenzy with loud shouting, or keeping score. This allowed for a very relaxed atmosphere; I saw how this allowed the children to just be themselves, to act naturally, not play to a coach’s tune or feel they needed to prove themselves and seek recognition.

We ended up playing for nearly three hours with children coming and going from the game, and by the end of the time all the children had taken on the approach of supporting one another to be involved. In fact during the session I can’t remember one child complaining about another or saying “it’s not fair,” or asking for there to be a scoring system. All the children were just content to have a hit of the ball and attempt to play some good shots, of which they sometimes offered encouragement if another did particularly well. No one got irritated or impatient if a younger child didn’t manage something so well.

What also struck me on reflection afterwards was how relaxed the children were – there was none of the tension I have seen so often in children when they are trying to execute a skill under pressure.

I put a lot of this down to the environment; that it was not about needing to score points and be better than another. So while there were two teams and they were trying to beat the other team on a point, ultimately none of the children cared at all about this; it was irrelevant during the session and not even a consideration at the end.

I have been involved in children’s games and sports for 15 years now and during that time I have listened to and been party myself in the past to the belief that we need to make games competitive. “It gives the less academic children an opportunity to shine” is another argument. But this session reinforced my now ‘contrary feelings’ that activity is much more rewarding when cooperation, fun and health are to the forefront of what we offer.

I see competition now as much more corrosive than I did before. I see how it crushes certain children and makes others angst-ridden, short-tempered, argumentative and not fun to be around. This is not at all preparing them for life but making them less sure of themselves in certain situations or needy for recognition to fuel their actions. Children become more brittle through competition, not less!

If we have less academic children then is there not opportunity to take this cooperation into the classroom too, where more able children can support less able children in their learning, rather than separating individuals into their little compartments of success and leaving them to struggle alone with their challenges.

I see now many adults who are unsure of themselves in social situations and how we can link this to the overemphasis on winning, being the best, achieving, when exercise and learning should be about playing together, having fun, making friends, laughing and socialising.

Whatever a teacher or coach experienced themselves at school or in sports, does not need to be what we offer children today. To make our games evolving and move beyond what we have done before, a different approach is needed: that games are about fun, learning and inclusive of everyone. Cooperation, togetherness, harmony – children going home with smiles on their faces and contentment in how they feel. Competition, Cooperation – the difference really is astounding.

Further Reading:
My Reflection on Competition and Sport
Ball games for kids: Co-operative learning or a not-so-healthy competitive race?
Competition or connection: What are students really learning?