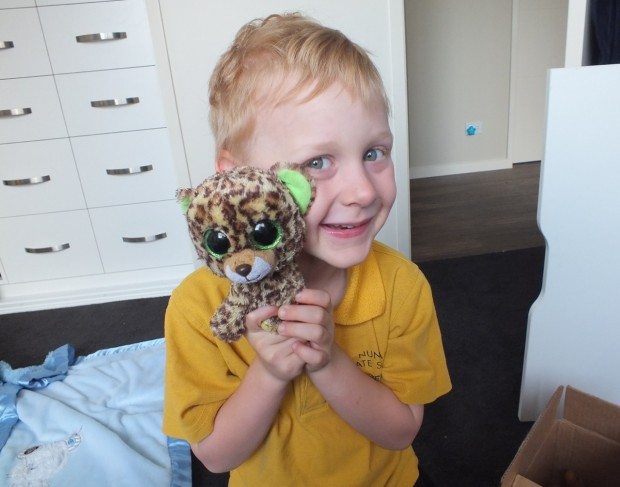 Raising Boys – Are we Imposing on Them?

By Anonymous · On December 23, 2015 ·Photography by Emily Newman

A class I recently taught was studying an English unit on Advertising, which looked at advertising of products for children.

I enjoy teaching advertising units because I find the children love learning about how words, images, colour and sounds can be used to influence their choices in food, toys and clothing. They find it empowering so I find it worthwhile. The study of advertising often highlights gender differences in the imagery presented to our children and so indicates how we differ in the way we raise our boys and our girls.

We had a great time discovering the influence of static ads and we had just moved onto online, multimedia ads, where the addition of sound effects and music lend considerable extra weight to the impact of advertisements.

Our first ad was a multi-media presentation by a well-known building block manufacturer, targetting mainly boys. The ad started out with very loud booming sounds and then proceeded with ‘the man with the very deep voice’ exhorting viewers to engage in a hero-like fashion in the narrative constructed around the product.

The change that came over the beautifully tender, sensitive little boys at this point was extreme. All, bar two of them, just about jumped out of their seats; they were agitated and their eyes became surreally bright. They began to converse animatedly with each other while the girls and I looked on, baffled by what was happening.

Seeing these beautifully tender little boys so agitated and so thoroughly changed in their demeanor, I could not continue with the lesson.

I decided to take a moment so that we could look at what had happened.

The boys re-seated themselves and I asked them what had happened for them during the ad. They were confused and so the girls shared what they had seen happening for the boys, noting that only one girl in the class had been similarly affected.

The boys then explained that they had become so animated because they have to fight evil and that evil is the enemy, the bad people and the dark forces. They agreed with each other that this is a ‘man’s job’, hence why the girls remained unaffected. Moreover, ‘everyone knows’ that this is the way it is, they explained.

I was incredulous at the depth of their feeling. I have been aware for many years that girls and boys are socialized in different ways and consequently, display different behaviours. I had no idea that one online ad for a toy could trigger such agitated behaviour and such incredibly, deeply held convictions as the ones I witnessed during that lesson.

Would it not be wise for us, as a society, to consider what is happening here?

Are we raising our boys to lose their innate sensitivity and tenderness at an early age?

Are we encouraging them to assume ‘manly traits’ like ‘fighting the enemy’ and ‘fighting evil’ and to respond on automatic pilot to situations that require the development and expression of these traits?

Would it be wiser to allow our boys to unfold their innate sensitivity at a completely natural pace?

Observing how these primary age children became so agitated when their beliefs were triggered, confirmed to me the logic, compassion and wisdom of looking more deeply at what is going on.

Like many schools, we are periodically visited by Legacy volunteers, who are often former serving personnel from the Armed Forces.  Again, I have often been struck by the loveliness and genuine intention of these men to serve and protect their country. I have noticed how, even in retirement, they continue to serve as volunteers for Legacy, to provide financial and emotional support for the families of fallen comrades. As I observe these usually gentle men addressing our students, I often contemplate the beliefs they might have been raised under as boys. Did they feel they had to ‘fight the enemy’ at an early age because that’s what men do? Did anyone value their tenderness and encourage them to honour their sensitivity?  What life path would they have chosen had this been so?

How much do we restrict the choices of our boys, and our men, by these recurring themes and patterns of fighting the enemy and evil?

How can we allow these beliefs about what it is to be a man to shut down their sensitive awareness at such a young age? How many men and boys perceive themselves to be warriors against evil, defenders of home and hearth?

Don’t we need to take a moment and consider how we are raising our boys and are we imposing on them and our men?

Further Reading:
Raising Boys
Men – Are We Set Up to Fail?
Good Parenting Skills
Stitched Up