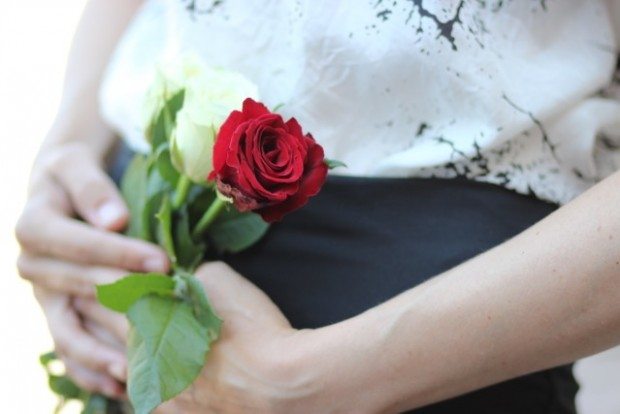 Eating disorders, Health Problems 1,006 Comments on The Greatest Gift and Friend in the World

The Greatest Gift and Friend in the World

When I was 15, I had anorexia. It was a year of big changes. From the security of living in a middle class family in Hong Kong, I was sent to an all-girls’ boarding school in Scotland. I had to leave my friends and a boy whom I fancied then, and suddenly found myself in a very cold country, with people speaking in an accent that was difficult to understand. At school there was only one other Asian student: I jumped 3 grades and had to study subjects which were totally foreign and I shared a room with two other girls who seemed to get along fine, but found me strange. At 15, that was a lot to take.

I felt rejected and abandoned, and very unsupported.

I wanted to disappear and remain invisible, so I hid myself in the library most of the time and studied to keep up with the good student identity I had built up for myself in Hong Kong. I felt very lonely.

I didn’t feel cared for, but did not feel I had any say in the matter, and so chose to just go along with the decision that was made for me. None of this felt okay, yet no part of me was aware I could talk about it, or even say no. What was not expressed verbally though, I expressed through controlling my body – I stopped eating.

I would only eat two things and in miniscule amounts – ketchup flavored chips and lemon meringue pie. But of course, that would be too obvious and I would get into trouble at school, so I would pretend to eat my meals and cut up everything on the plate and pick at it. Every morsel of food I put into my mouth felt like I was committing a crime.

Everything that did not feel right and I could not accept was not expressed, and it was my own body that I rejected to punish the world for treating me this way, although I thought it was freedom at the time. I was rebelling as a teenager from feeling the impossibility of being allowed to make true choices.

But I did choose, and I chose to withhold my communication; I chose to accept that children had no say in expressing how they felt to their parents in the culture that I grew up in, and when I did not take the responsibility to express myself, I also chose to punish myself as a consequence.

This pattern was carried on into adulthood: whenever I felt something was wrong in the world and it felt too overwhelming to express, I would reject the world by first rejecting myself.

How crazy is this?

If the outside world did not confirm me, it was as though I didn’t exist…. mostly, it didn’t. And when I didn’t get a confirmation from the world that matched the knowing within myself, I rejected life, and lived by constantly protecting myself from feeling hurt that no one saw me for who I truly am.

It was not until meeting Serge Benhayon and Universal Medicine that I began to understand how truly precious I am, and that I do matter. In fact, everything begins with the love that I take responsibility for by first giving it to myself. This was a concept that is virtually unknown in the Chinese culture of filial piety and in the Christian religion that I grew up in. What I learned also is the responsibility of expression, from acknowledging what has been felt to be true within the body, and taking the further responsibility of expressing this truth outwardly, not in reaction, but with the love that has been built in the body from caring and nurturing myself.

Knowing myself to be a delicate, precious being, I am re-learning to live deeply this preciousness again. I am allowing the vulnerability of my body to be expressed and accepting it, along with the past and present choices I have made. I am choosing to let down the protection of perfection and/or rejection. I am allowing my body to again make its own choices, to be okay with making mistakes, as that is how I will learn to take responsibility. Most of all, I am deeply appreciating that for most of my life I have lived life honouring a deep inner knowing, and now, as always, it is amazing to deepen this relationship with my body further.

Although my weight has remained at about the same as when I had anorexia, what I feel in my body now is the steady warmth of preciousness, power in delicateness, consistency of joy and the solidness of self-worth I have never felt before – despite the fact that my body image does not fit into the normal standard that the world may be comfortable with.

It is important to appreciate how far I have come from having constant debilitating and depressive thoughts, to feeling deeply supported through this beautiful vehicle of expression. I am so honoured and humbled to express the greatest gift (love), through my greatest friend (the body) in the world.

Inspired daily by the wisdom of the body and the true relationship I am building, the teachings of Serge Benhayon and Universal Medicine in commitment to self-love, self-care and self-nurturing.