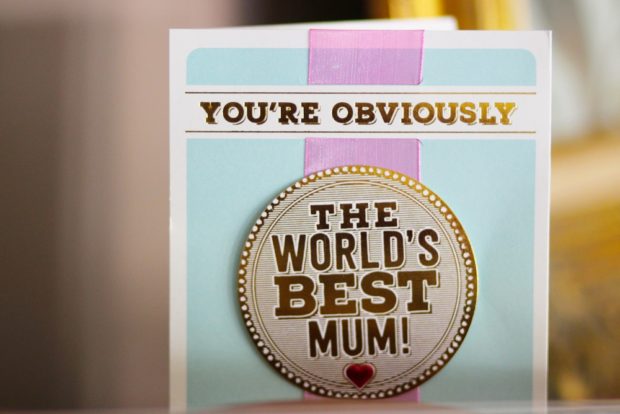 Parenting, Relationships 420 Comments on The Truth About Mother of the Year Competitions

The Truth About Mother of the Year Competitions

I’ve just voted in a nationwide contest for the 2018 Mother of the Year award, but the woman I voted for almost certainly won’t win. I didn’t vote for myself, nor did I vote for my own mum. The woman I voted for is indeed an exceptional mum, but not in the way that wins these nonsensical awards. Let me explain.

Holding a contest where women vie to be awarded the best mother in the country is ridiculous. It’s hard enough being a woman in this world today where our every move seems to be measured, compared, and commented upon and/or in competition with other women. Women are measured on their ability to do things, to achieve feats, to ‘make a difference’ on a grand scale. The last thing we need is to bring the role of motherhood into the mix, and yet we have now added mothering to this equation.

To be considered the best mother – as evidenced in the many reasons for nominating for Mother of the Year – a mother needs to give selflessly of herself, put others ahead of her, and needs to sacrifice her blood, sweat and tears for the sake of caring for others.

We define the role of a mother as one of sacrifice and so it follows that the women who choose not to do so, sure, they can be good mothers, but never the best, in the eyes of this Mother of the Year competition and also society. We could also now ponder on how such a way of mothering is in the eyes of her children…

We have given a very natural way of being – deep care – a whole new definition and ask women, who happen to be mothers, to bastardise deep care into meaning the woman must trade off her own wellbeing for that of another.

It is also interesting to notice that nowhere in the application form for Mother of the Year does it refer to the mother as being a woman. To me, this is a travesty, for if a woman has lost the understanding that she is a woman first and foremost, before she became a mother, then she is likely to tie her self-worth up in how she mothers.

The following phrases in italics are examples of reasons mums were nominated in last year’s Mother of the Year competition.

I think it’s time we questioned if we are celebrating the wrong behaviours.

What we actually want is for our daughters and granddaughters to know who they are as women first and to be able to ask for support when they become mums.

Perhaps too, we need to change the language around ‘being a mum.’ For is a ‘Mum’ something you turn into when children are in your lives or is it a word that in truth describes a ROLE of behaviour? If we were to understand this concept, we could never BE a mum, only DO mothering. We would remain the Woman first because that will never change.

The woman I voted for hasn’t saved a child’s life from a rare incurable disease, fostered 17 children and completed a masters in astrophysics in record time, or battled through her own cancer and double mastectomy while never missing making a school lunch or getting her child to their French lesson on time.

She hasn’t against all odds given birth while in a wheelchair, invited 10 homeless children into her house while she sleeps on the couch or isn’t pregnant again for the 9th time – despite having always suffering severe pregnancy-related nausea, depression and premature deliveries.

We can all be awesome mums; we just need some guidance as to another way to do this.

I’m being a bit ridiculous here, but you get my point. I write to expose the lies about what we think (the best) mother is and should be. The above examples are (only slightly) exaggerated reasons why someone has been celebrated as a better mother than another. We champion the achievements of what mothers do, like we celebrate the adventurer who makes it to the top of Mt Everest, without ever knowing or even caring about the impact that the desire to make it to the top has had on themselves, their wellbeing, and within their relationships.

Women’s health is suffering on a global scale and I continue to wonder if it isn’t our expectations, beliefs and ideals of what a woman and mother should be doing that isn’t a very major if not the root cause of such illness and disease.

The woman I voted for truly cares for herself, and not at the expense of her family. Caring for oneself is not selfish. She is sensitive, compassionate, a hard worker, a woman who listens and constantly reads her children, always looking to understand why they make the choices they make. She knows profoundly how vital the relationship she has with herself is, in fact THE critical foundation to the relationship she then has with her children.

It is because of these gorgeous qualities that I voted for my friend. People need to see mothers celebrated because of the Woman they are, behind the doing-ness that motherhood has become. We all need to value how the connection we have with ourselves naturally leads to beautiful and true mothering.

And we need contests like these to be disbanded.

As mothers strive to outdo one another in the school playgrounds, so too do these Mother of the Year contests support competitiveness and false ideals and beliefs of how to be a mother and what is expected of women who choose to be a mother.

Mothers will always be busy – that comes with the territory – but how we do ‘the busy’ is the difference. Our society does not need yet another cause asking women to do more and give more, no matter how subtle, without once asking them to stop and feel how loving they are with themselves first.

Mothers might well be the glue that holds a family together. They might well be always there for the children; they may be generous, kind, openhearted, giving, compassionate, devoted, selfless, great knitters and cooks, foster carers or countless other amazing qualities. But a woman should not be Mother of the Year if any of these qualities come at the expense of who she is, how she takes care of herself and how she loves herself. Without the relationship a woman has with herself, her mothering will be functional but empty and our society deserves better than just function.

Let’s mother like in the inflight safety demonstration: “Put YOUR oxygen mask on first before assisting others.”

Further Reading:
What is a Relationship with Myself?
Mother’s Day: special treat or sneaky trick?
Best Mother’s Day gift ever!