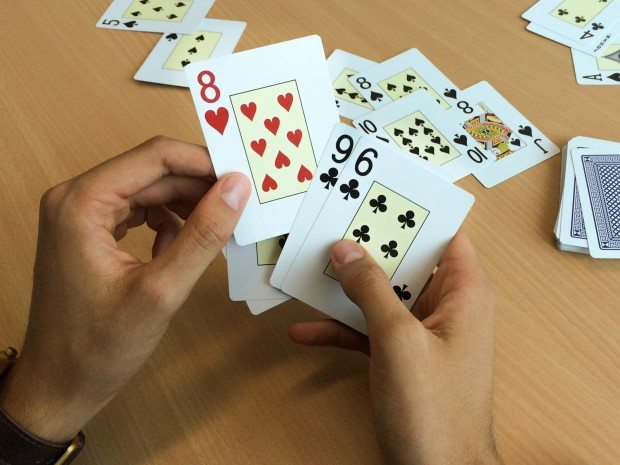 Money, Social Issues 912 Comments on Gambling – Not the Problem, But the End Result

Gambling – Not the Problem, But the End Result

There have been various short or prolonged periods in my life where I have felt down, lost and not feeling I was getting what I wanted out of life. At these times I would turn to any distraction I could. The main ones I used were alcohol, drugs and gambling. These distractions involved a stimulation of some kind where I would get caught up in what I was doing so I could forget, however temporarily, what was going on for me at the time.

When I started to develop a deeper connection with myself I found the alcohol and drugs were relatively easy to say no to. The gambling problem however, posed something more insidious.

It was blatantly clear that I would get caught up in it and lose all sense of reality and then feel really crap afterwards. I would then say “Never again” and pick myself back up but, when a period of ‘struggle’ came, I would turn back to gambling. I would justify it, and allow it to control me. I was too ashamed to admit what was happening to myself, let alone anyone else.

It’s crazy looking back at how I would justify to myself that it was ok, even though EVERYTHING in my body and ALL around me was giving me signs that I would over-ride. I was always being asked why I was there, as I did not fit in with the usual casino crowd.

It wasn’t really about the money either, even though big sums were involved. It didn’t really matter whether I won or lost – it was like I was trying to punish myself to distract me from the pain I was feeling. Crazy!! – think about it: I was creating more pain to not feel the pain!

I had a huge arrogance and wanted to think that I could get away with it, that I could ‘beat the system’ – a metaphor for ‘I could beat life’. Even when I would walk out from the casino with 10s of thousands of pounds or dollars in cash, NOTHING that I bought with the money actually helped me in any way. It came laced with an energy that was effectively saying “I own what you do with me.”

It has been through the on-going inspiration and teachings presented and lived by Serge Benhayon and Universal Medicine practitioners that I have been able to turn my life around. I have never been told “Don’t do this or that” – rather, I’ve been helped to come to an understanding about what was actually going on for me. I have never felt any judgment. To say that is huge, especially given that I would be my worst imaginable judge, jury and executioner! There has been no perfection sought or asked for either, so no pressure.

By steadily building a strong foundation of love in my body, and making that my focus, the extremes of my emotions have gotten less extreme: I now catch myself long before I fall into the deep pit of depression.

Gambling was never the problem, rather the end result of living out of rhythm with myself. It was the mechanism I would turn to, to numb and suppress what I was feeling.

Learning to fully and clearly express myself has been a vital ingredient in claiming who I am. Before, I would keep things to myself, and be the polite boy. Whereas now, whilst still being respectful of others, I simply express what I am feeling (more and more) and do not keep thoughts bottled up inside.

By being open with myself and others, I have been able to deal with the pain and hurt that I had been carrying: along with making loving changes in my life, this has brought an end to my destructive episode with gambling.

I now see life as a constant refinement and unfolding of love – allowing more love to be, and discarding what is not love in my life. Whilst I may dip into, get caught in ‘my stuff’ and feel down, now these downs cannot hold me and do not take over my life as they used to.

So a HUGE thank you to Serge Benhayon and Universal Medicine, who have inspired me to be more of the love that I naturally am.

A 30 year old man living in the Somerset countryside, with my partner Meg and dog Molly. I have travelled extensively and lived in places from Thailand, teaching Scuba diving, to Australia, studying Naturopathy at SCU, and then to London, working in a zoo, before venturing back to Frome, UK. I have a deep love for people, and find it really enjoyable helping them with their kitchen, bathroom and/or bedroom designs. I also love the beach, nature, and animals.