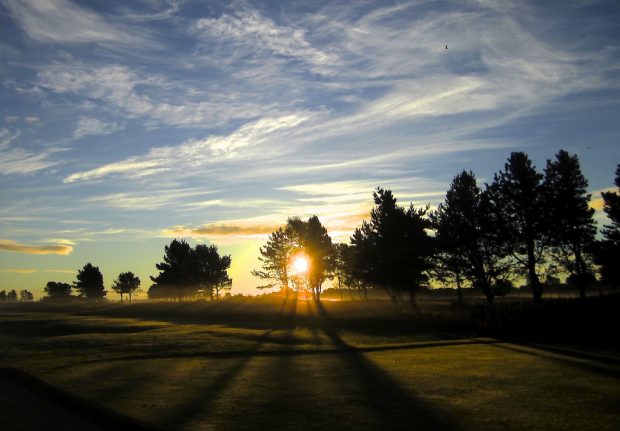 Global Issues, Social Issues 722 Comments on How Wrong are we Willing to be, to get the Answers we Seek?

How Wrong are we Willing to be, to get the Answers we Seek?

Many people consider themselves open minded, even interested in the meaning of life, love and religion. Yet how wrong are we willing to be, to get the answers we seek?

Imagine what would happen if the messiah arrived on earth one day and said, “Everyone but the Hindus got it wrong.” How would the other world faiths react to this news? Of course you can switch Hindu for any other religion and the response would most likely be the same.

Even if this messiah had such awe inspiring powers that compelled people to ‘believe’, it is hard to imagine that man-made religious establishments would willingly lay down centuries of doctrine and established hierarchies of power.

Set aside for a moment the fact that the concept of a messiah, a single son of God, makes little sense and imagine a scenario where God’s representative, the being sent to deliver mankind the answers to all the issues they have, would even be asked to convince, impress, or command the people they are here to help.

It seems ludicrous but highly plausible that while the majority of the world holds some form of religious belief, that same majority have invested so heavily in a set of beliefs about life that they would discount, dismiss or reinterpret any ‘truth’ that may be on offer. While this may seem ludicrous, it is in fact historically correct when you consider the man-made religions that have been developed around the teachings of many of the world teachers (Buddha, Christ, Mohamed etc.).

In some respects it is easy to pick on current religions for their obstinate and at times arrogant approach to being the holders of truth, yet being unable to explain why so much harm is caused in the name of those very same religions (wars, sexual abuse, corruption, homophobia, racial and religious intolerance etc.).

But what about at a more personal level; what about you and me and the guy that lives a couple of doors down? It doesn’t take long to hear people expressing an interest in health and well being. In fact it is a growth industry, yet there would be few of us that could not name at least one (or more) things that we could do in our own life that would improve its quality (e.g. diet, exercise, work and relationships etc.).

So we have the interest, some even have the motivation – yet strangely the global picture shows growing rates of obesity, diabetes and lifestyle diseases. Which means that there is a vast difference between what we know and what we do. Which suggests there is something we are getting wrong.

It seems that we pride ourselves on being ‘right’ more highly than actually being right and are willing to gamble with our own health to prove it. So what could be so important that we would be willing to sacrifice our own health, or possibly our understanding of the deeper facets of life, to defend?

There seems to be an inner battle going on. There is one part that innately knows about our well being and that something about our current relationships with each other and with the world is not working, and there is part of us that only wants to change our current understanding of life, just enough to avoid anything too painful.

For example, have you ever changed your diet when you were sick, only to revert back to the previous diet once you got better again? We often like to change things enough to make the pain stop but not enough to make it never come back.

We seem to play a game of brinkmanship with our well being – convinced that we know best and are able to stare down the forces of nature in the hope to prove nature wrong. Yet for centuries our bodies have reacted to poison in the same way, regardless of what we call it – arsenic, caffeine, emotions etc. Yet for centuries we take the same poisons.

We pretend there is no effect, even commission research to prove some short term benefits, but nature (and time) have a way of showing us the truth.

We only need to look at cities that quickly decay once humans no longer inhabit that space, to consider how simply and quickly nature is able to re-balance itself. Humans love to shout into the storm, to feel powerful and in control, yet live oblivious to the fact that in another part of the world it’s not even raining. It seems we waste enormous amounts of energy to sustaining ‘our version’ of life, a version that does not seem to work.

For centuries we have tried to be the masters of our world, the masters of our own bodies. We propagate the notion that humanity is the smartest species on the planet yet we continue to demonstrate a distinct lack of intelligence. We have intelligent people that smoke, abuse others, slowly kill themselves with poor diets and sustain corrupt systems all the while professing how intelligent they are.

It would seem part of us is more interested in defending the version of life we have created, that is not working, to avoid taking responsibility for how life actually is.

We have tried this approach for centuries, both personally with our own health and as a global community, but our bodies and nature are talking back and the global environmental, social, health and financial results show a report card that reads a resounding ‘F’.

So, how wrong are we willing to be, to get the answers we seek?

Maybe we need call to account that part of us that rejects the idea that we are not as smart or evolved as humanity could be. Maybe we start with listening to that quiet voice that guides us to take more care of ourselves and each other. That voice that gets over-ridden by an assumed ‘urgent’ matter. This quiet voice is there, it never goes away – it is often simply not connected with or listened to enough.

But it is in our best interests to learn to listen to these whispers because to date we only respond when they scream, and the world and our bodies are screaming right now.

The religion of the future is one founded on the willingness to be wrong (i.e. honest) and to live from the possibility that we are NOT on earth to be masters of all we see, to manipulate it to our will, but we are here to learn to live in harmony, vitality, responsibility and productivity.

That religion for me is The Way of The Livingness, a religion founded on the understanding that the answer to all we seek lies in how we live and what aspect of ourselves we give more power to.

Imagine if we put as much effort to finding every aspect of our lives that did not contribute to harmony, vitality and productivity as we did following our favourite sporting team. If we got excited about being wrong because it simply meant that we could now live a deeper level of harmony.

What would happen to how we would relate to our families, friends, neighbours?

What would happen to our health and well being?

What would happen to our billowing health and defence budgets?

If there was to be a teaching that would change life as we know it, it would be one that built bodies, societies and communities that are vital and evolving. It is a messianic approach in a way, but not because this message is carried by a single person who will save all others, but because it shows us how to save ourselves.

How wrong are you willing to be, to get the answers you seek?

Further Reading:
Hate, Fanaticism and Entitlement – The Investment in Being Right
There is no Right and Wrong in God
Is Serge Benhayon the ‘new messiah?’

From my week day work facilitating groups, change and stakeholder engagement process around Australia, to my other 'work’ providing healing sessions and exploring how life can be lived with true vitality and joy. If it has to do with life, how we work together and what makes people ‘tick’ I’m in. I’m based in Perth, Western Australia, share a home and a life with my wife, two teenagers and a dog. My writing I share with anyone that is reading!