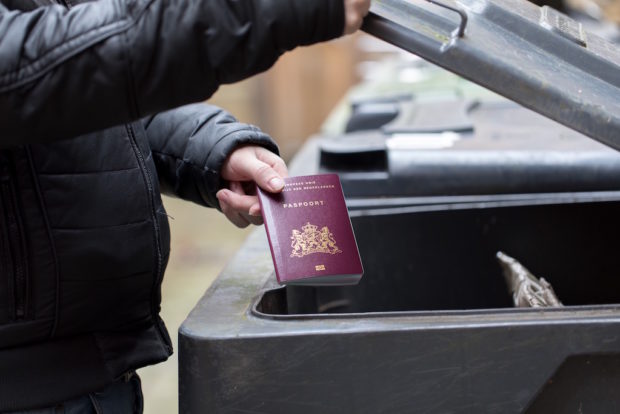 By Anonymous · On January 29, 2018 ·Photography by Nico van Haastrecht

Relationships are precious. There is the potential in each relationship to reflect back to us an aspect of the puzzle we are all here on earth to piece together.

Life itself has taught me this. Every relationship I have had, and continue to have, has helped me go deeper into the most important of all relationships – the relationship with myself. And then in turn, this has had a very positive effect on all my other relationships as well.

What I have learnt is that when a relationship is based on a commitment to bringing love to it no matter what, it actually needs no passport! It needs no physical presence for the relationship to deepen and for the love to grow. We can be across the world, sometimes not even speak to each other for some time, and this will not matter if the love continues to be there. Love remains at work, holding the other, as we hold ourselves and in that holding, immense healing takes place.

Some 16 years ago I chose to move from the UK to Australia. The call to move was undeniable and the moment I set foot on Australian soil I knew I was home. It was that simple. I arrived here with my then partner – with all my family remaining on the other side of the world.

I kept regular contact with my family, as one would expect, and would take regular trips back to the UK to visit. A few years after I had made the move, one of my brothers became mentally ill and a likely danger to himself and others. What followed were some very distressing times for my brother and my mother in particular, who was at the forefront of the situation. There were regular phone calls and Skype conversations to try and support with what was happening – and when I say support, back then it was all about fixing this problem to make it go away.

Yes, I wanted to support my mother and absolutely I wanted to help my brother. But I also wanted the problem to go away because it was so awful to have hanging around. Underlying all my efforts and intentions, there was this unreconciled guilt that I wasn’t physically there to support them from close.

This guilt was foreboding – what was I to do? Was I to pack up and return to the UK and be physically there? Was that what was needed? Would it make all the difference?

I took this inner turmoil I was feeling to a healing session with a very wise esoteric practitioner, who lived a quality of relationships with others that I very much admired. I remember the session as clearly now as I did back then, and it is these words in particular that keep coming back:

‘As you heal, those in close relationship with you will also heal.’

At the time I couldn’t really get this.

I got a sense of what the words were saying, but I couldn’t quite accept that what was being said was in fact a truth. How could this be relevant when my family was on the other side of the world, literally? But I decided to be open to what had been said at least, and to deepen my own commitment to healing all those unreconciled hidden pockets of pain within myself. I was curious to see what ripple effect this could potentially have on my relationship with my brother, and on my brother’s situation.

What unfolded over the years that followed was nothing less than a miracle. I watched from the other side of the world as my brother, who had become a recluse with a bleak future and nowhere to turn, took absolute hold of his life and turned it around. I watched him walk away from drugs and alcohol and from the party crowds he used to hang out with – even though this meant that he would feel even more lonely for a period of time.

I also watched him turn around from being staunchly against medical intervention to cooperating with the doctors fully, knowing that was an essential part of the responsibility he needed to take. I watched him make those steps to going back into the world again, to working, to being amongst people and developing a confidence within himself that he could now bring into social situations. This was a confidence he did not have before. And I watched the joy he would have as a little boy return to his face. His eyes once again saying, ‘I see you and I am here.’

I visited my brother just 3 or 4 times over this period – and this is in the course of approximately 5 years. Our relationship deepened with the physical distance being there, and it wasn’t about being on Skype or the phone every day. Sometimes we would not talk for days, even weeks. But what was always there was my resolute commitment to holding my brother and the situation in love, and addressing anything that would get in the way of this. This meant looking at any expectations or frustrations I might have had, any belief systems that I had taken on to consider the situation being under the banner of right and wrong.

Love doesn’t have right and wrongs. It simply holds the other person in the grandness they innately are – and this was my vantage point. If I was not seeing in my brother the grandness that he is, lurking underneath the turmoil he was in, I would look back at myself first. What was in me that was covering up the truth that love will always let you see?

It wasn’t smooth sailing by any means – there were challenges and difficult times, particularly for my brother – but underlyingly it was clear that he was now feeling held by something bigger, something far stronger, than the seeming darkness of his immediate situation.

And herein is the responsibility that we often duck from in relationships.

If we make relationships about “you do your bit, I do my bit and then our needs will meet in the middle”, we don’t need to consider the powerful ripple effect that is happening anyway between us. But when I say powerful – is it from a loving, healing quality if we are choosing to behave and relate in a way that is contra to this?

Whether we like it or not, we are always oozing something out of ourselves and whatever it is we are oozing is being latched on to by the other! So do we ooze love, joy and a commitment to letting go of our hurts, knowing there is a vastness of more love to connect to underneath them, or do we ooze the icky hurts themselves? Do we stand up the walls of protection where we allow some people to access some parts of us, but always with conditions and always with a get-out clause, which means we never let ourselves get too close?

A true relationship has no walls and no protection. We deepen constantly; we bear who we truly are constantly. We jump off the cliff knowing we will be held in God’s love, which is our love. And so we go for it in full.

I can even go as far to say that a true relationship is the communication of Heaven in physical form. What we exchange amongst each other is far from merely physical, emotional and spiritual – it is in fact, the exchange of the entire universe with the vastness of the stars coming through one divine spark to the other. Because it is through relationships that we remember the stupendous grandness we are from and that we are all, eventually, heading back to.

Further Reading:
My Brother – Not an In-LAW
Making a relationship about true love
Constellations