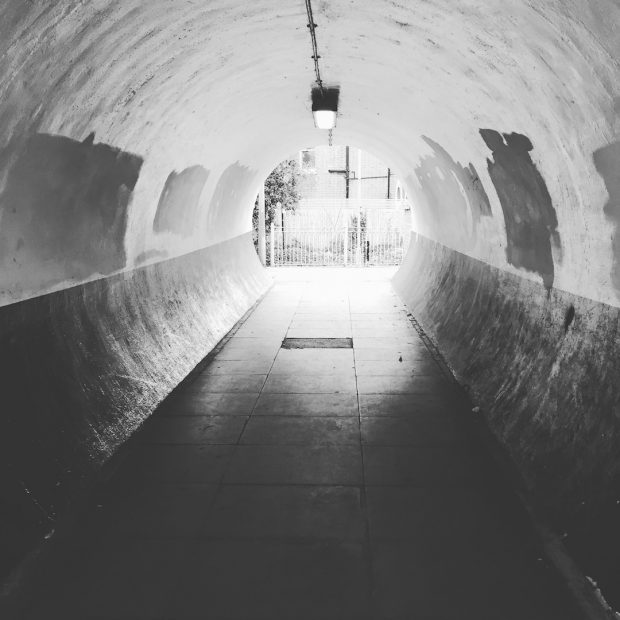 We soon found out where his father had hidden more magazines and video tapes. We spent hours and hours looking at the pictures and never ever talked about how we felt about them. Each boy would be isolated doing his thing, no communication, no connection.

I remember feeling empty, with a sense of guilt and raciness after those experiences, yet I would crave for more because I didn’t have any intimacy in my life. No cuddles with my parents or friends and I was way too shy to enter a relationship.

So the images of naked skin gave me the illusion of people being close, meeting each other. In truth, I was craving intimacy – meeting people and being met by people – not sex.

When I had my first sexual experience at the age of 19, it was a disaster. I had all these ideas and images disturbing me and setting me up for how to act, what to think, how to sound and the reality didn’t match at all with what I had seen on screen and paper.

I felt lonely and not met, nor could I meet my partner.

On the outside everything seemed fine. I had finished my studies at University and was working as a therapist, my body looked healthy from daily Hatha-Yoga sessions; I was married and had a great, well-functioning social network.

What struck me most was the fact that I was working as a therapist often with women who had suffered sexual abuse. Although many clients found a momentary release through their sessions with me, they never experienced true healing from the sexual abuse.

Physical symptoms, fears and suicidal thoughts would come back time after time. But how could my clients heal from sexual abuse when I needed to heal this within myself to then be able to truly support their healing?

Nobody had ever told me that this was possible, but it was so awkward and real that I didn’t need proof of this other than my lived experience.

I started questioning myself as a therapist and the modalities I practised (which were mainly new age, shaman, spiritual, alternative therapies). If I was neither able to let go of the addiction, nor able to prevent the harm I was causing my clients in an environment that I was responsible for holding – one that is meant to allow healing from abuse – then something was genuinely missing and going wrong in my life.

The more intimate I became with my natural self, the more normal it became to really meet people and be met by them, including other students of Universal Medicine.

I decided to let go of all the new age modalities I had practiced before I had experienced Universal Medicine at once, especially all shamanistic ceremonies and sessions and instead began only to work with the Universal Medicine therapies that I had learned.

It was clear everything had changed. I have experienced that the Universal Medicine modalities don’t work through mental explanations or behavioural regulation or discipline, they simply re-awaken the ability to feel and be energetically aware of everything that one engages with.

I began to realise that the modalities that I had practiced and experienced before I had come across those taught by Universal Medicine, all the new age, spiritual and shamanistic therapies, seem to work with energy in a way that casts a fog around our energetic awareness in the most deceitful and evil way to make us think we are dealing with the energetic root causes of our issues.

This goes on until our bodies show us the truth by displaying symptoms of exhaustion, illness and sometimes chronic disease and mental and emotional ill-health.

It was the first time in my life I had heard of this or come across an organisation that considered how what the practitioner does will directly impact upon the quality of healing that is offered to a client.

This made sense of my experiences of the Universal Medicine therapies and the power of healing that they brought to me and others. It was the final confirmation for the stupendous quality, care and space that Universal Medicine and the EPA* offer, something that is not seen or matched anywhere else worldwide.

My experience has informed me of how important the quality I live in is to offering healing.

I would want such a safe space for every single person on earth, so that nobody ever again has to suffer unseen energetic abuse through the side effects of their practitioner’s lifestyle choices.

It was the true love I had for my clients and for myself that allowed me to ask the right questions that brought me to meet Serge Benhayon. And it is his enormous love and care for humanity that allowed me to change and create a safe space in my clinic.