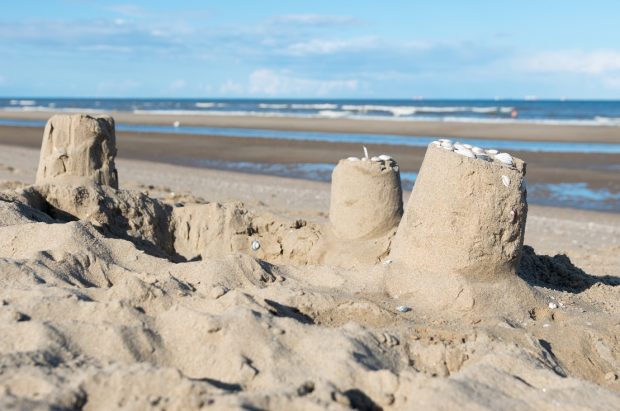 Education, Social Issues 328 Comments on Primary School Science – Building Foundations of Awe and Wonder or Science in a Box?

Primary School Science – Building Foundations of Awe and Wonder or Science in a Box?

By Anonymous · On September 28, 2017 ·Photography by Nico van Haastrecht

While teaching a Primary School Science lesson recently, I had the opportunity to observe the quality of Science we currently offer our school students, as well as to discern something of the true status of Science as it currently operates in our world. I was struck deeply by the omission of building upon children’s natural and vital sense of awe and wonder.

The lesson itself was ‘textbook’ best practice and ticked many boxes from the perspective of what is considered as good Science teaching. It was a hands-on activity with a sound theoretical foundation: students would be engaging in real life experimental design, manipulating only one variable – they were to work in teams of three with clearly assigned roles, and were outside the confines of the classroom. In addition, the students would be sharing their findings in a report.

The topic under investigation was the effects of tidal action on beach erosion, an issue common in our local area, and we had previously viewed this phenomenon at length, online.

Each group of students had constructed a model in a plastic box of how the land is eroded by the wave action of the ocean and each group was actively engaged in pushing water towards a 20cm bank of sand, using a small piece of flat plastic.

The students were having great fun with the activity but, as I observed them ‘making’ the sand bank in the tray collapse, I became acutely aware of how far short of the truth this ‘model’ of the wave phenomenon actually was.

Water contained thus in a box cannot be said to faithfully replicate the rhythms and movements of water in the oceans. Moreover, accurate measurements of beach erosion can only typically be made by a longitudinal study over an extended time period – observations naturally offered by those who have lived on a coastline for many, many years. On an even grander scale, we know that shorelines, and even landmasses, change monumentally over longer periods of time – on occasions, even disappearing completely.

A single point in time measurement of a controlled model, like this one here, is an extreme example of reducing down the truth and the grandness of Nature’s cycles quite literally, into a box.

Moreover, where was the science of the moon’s effects on the waves, or the acknowledgement that the moon’s effects are actually the Sun’s effects? Where was the understanding of the blessing of this solar gesture, or, indeed, the reasons behind intense land erosion? What about the Science of the origins and movements of the intense winds that usually accompany this activity and their purpose? Where was the sense of this synchronous interconnectedness? In short, where was the sense of awe and wonder readily felt by observing this phenomenon, an awe and wonder that children easily connect with when inspired to do so by adults?

Reducing down such a multi-faceted phenomenon to a box, as well as excluding its relationships with what lays beyond the Earth, falls far short of the Science we could be offering our children in school, a Science which could easily build upon their natural sense of awe and wonder. It is this sense of a much bigger picture, this feeling of a universal magnificence in life that we are all a part of that, as a teacher, I know children resonate with deeply.

Why does Science in general and Science in Primary Schools insist that our world and its wonder always be confined, reduced and constricted into controlled, measurable laboratory settings, whilst outside the box we observe the intricate grandeur of the Universe with an innate awe?

What are we teaching our students in Science? Is it to unfold our innate sense of appreciation, wonderment and awe at all that we are a part of? In spite of the fact that we cannot measure it…? Or is it how to reduce life to whatever can be measured singly, in isolation to everything else (1)? If we constantly reduce life, what effect does it have on us, given that we are part of the life that we are reducing?

Are we schooling children to cut themselves off from the wonder of themselves in relationship with an awe-inspiring Universe? Have we ever stopped to consider investigating this mentalisation of children’s innate impulses and are we avoiding the possibility that:

Could it be that the suppressing of this awe in childhood is potentially as damaging as suppressing other innate impulses like love and affection? This is a discussion we educators and parents must have.

Further Reading:
The True Purpose of Education – One Size Fits All or Evolution?
Science is beauty
The true foundations of education – our future
This is Science