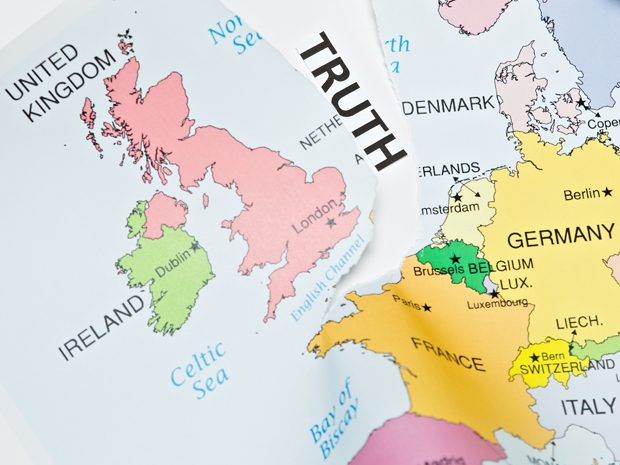 Global Issues, Social Issues 466 Comments on Similarities Between the Start of World War II and Brexit

Similarities Between the Start of World War II and Brexit

It was in July of 1921 that Adolf Hitler took over the leadership of the National Socialist German Workers’ Party, also known as the Nazi Party.

The Nazi Party was made up of a very small number of nationalists who were out to persuade the public that it was the Jews who were the main reason for Germany’s problems and woes at the time, rather than the consequences of World War I and the punitive and divisive conditions of the Treaty of Versailles.

Before Hitler came to power, Jewish and German citizens had lived and worked side by side, though it did not take long for Hitler to change this once he became Reich Chancellor in 1934. Thirteen years after Hitler became their leader, the Nazi Party had become the largest party in Germany. Propaganda leaflets were posted through doors suggesting that Jews were filth – (are we not seeing this now with the way our refugees and migrants are portrayed in the media, that they are to blame for all our woes?) – and a bill was passed, the so-called Nuremberg Laws, that stripped Jews of German citizenship and legislated against the marriage between Jews and non-Jewish Germans.

How was this possible? What had persuaded people to turn against their neighbours and business associates, made them suspicious of their friends and relatives? The national media got behind Hitler to create and incite more hatred and blame, promoting a feeling of separation towards all people in minority. On an international scale, Time Magazine named Hitler ‘man of the year’ in 1938.

Germany at this time was in depression and had high rates of unemployment, which provided Hitler with a perfect political platform to play on the general discontent and unease of the public.

The recipe of propaganda, a false picture of a better life and a cry for change, all mixed together with the stench of nationalism (sound familiar yet?), gave rise to what we now know as the Second World War that resulted in millions of deaths.

Between 1939 and 1945, Nazis and their collaborators were responsible for the deaths of an estimated 48 million people, including about 6 million Jews: the death toll in the USSR alone was in excess of 32 million, including deaths by famine and deprivation. (1)

Deaths were orchestrated in concentration and extermination camps and through mass executions. Other persecuted groups included communists, homosexuals, gypsies and the mentally and physically disabled.

Nationalism was a huge motivating force in Hitler’s agenda.

Nationalism, I noticed whilst living in Egypt and Israel, is often pivotal in enticing and inciting fear; the notion of ‘them and us’ would always lead to dangerous situations, sparked by a fake ideal and belief of being better than another or of some kind of superior heritage.

In England I have also seen this with the use of the St. George’s flag (the English Flag) – however, instead of being proud I would often feel how it was used to keep people separate and as a barrier to keep people out, and even be used as a direct threat. Seeing this white flag and the red cross on it has become more common in the UK in recent years and one must ask the intention behind it, as just like the swastika was once used as a sign for wellbeing and peace, we can see how something can also be used for evil.

Whilst travelling I met many people from all over the world. And having lived and worked in a number of countries I have become quite accustomed to getting to know a wide variety of people and how they live. During this time I had a vast array of jobs but what I learnt mattered the most was people – how people have a choice to either open up or shut down when faced with someone different. How people have a choice to be racist, ignoring and condemning you based on an ideal they may have, or how they can choose to treat you with equality, love and respect. As humanity we have so, so much we can learn from one another; we can quite simply choose to learn and love or we can choose to retreat and hate – it is up to us.

So what instigates someone to hate someone else based on their differences?

When we do not claim the love we all naturally are we end up expressing what we are not; allowing the energy of separation and evil to run through us.

No one person, not even Hitler, is born ‘evil’. But when we are separated enough from the love we truly are, and allow hurts, ideals and beliefs to control us, we can allow great harm to come through.

When considering the above past and present historical events, it is evident to say that there must be an energy that is opposite to truth and real love; an energy that works through the minds of men and feeds the illusion that we are separated by national borders, beliefs, cultures and the like, and will stop at no means to instil this separation, inhibiting us from feeling the real unity we are all from.

Evil is separation, and/or that which causes it as it allows people to see themselves as different to others, it incites hatred and comparison, it generates fear and in that fear we are able to see others as a threat or as lesser than ourselves.

Any decision that is not based on real love must then be evil (separation).

During my travels I was grateful to be taken into the hearts of many foreigners – people who would enthusiastically invite me for dinner with no other motive than to share time with me. I tried many different styles of cooking and learnt lots of local words though in truth the language did not matter, it was the intention to connect equally with another being that sparked the magic. During this time I made some amazing connections which confirmed to me the fact we are all one, no matter what our seeming differences on the outside; it became clear that we all want and deserve Love, no matter how we try to express this.

I loved getting to know the locals and avoided the touristy places, mainly because I would sometimes feel ashamed of how people from my own country were acting. Not always, but often I found the English groups behaving in a way that was disrespectful of another’s way of living. Of course this was always magnified with the use of alcohol.

What kinds of decisions are made when they are being made on the basis of disrespect of another?

The recent British referendum has fractured Europe, divided families and split the country.

Coming out of the EU will be costly; emotionally and financially the consequences and implications are enormous. We are already seeing how incidents of hate crime have skyrocketed since the result, and far right movements across the world rub their hands with glee as they too contemplate separation. We must not forget that the energy of separation led to the Second World War. We cannot afford to be complacent to the fact that Hitler rose to power through ‘democracy’.

In a world made up entirely of energy we need to ask: what energy was behind the Brexit campaign, what energy murdered politician Jo Fox?

From an energetic perspective, if there is such thing as evil (which we know there is), and if evil is an energy that works through people (which we see the outplay of only too often), then is the energy of the Brexit campaign more sinister than meets the eye?

In truth the campaign to leave Europe was orchestrated from the start to cause separation and division amongst people and had the perfect opportunity to work through the disgruntled ones, creating a groundswell of bitterness and resentment.

I have felt so blessed to have been able to travel and experience getting to know others and see through labels such as race and religion. I hold much appreciation for the opportunity to meet different people from all over the world. As a remedy to ignorance and arrogance we need to be able to interact and get to know people from all walks of life.

We need to be able to look in another’s eyes and not see them as a label such as migrant / refugee / foreigner, we need to look in their eyes and understand that we are family. True brotherhood is universal, it is not about blood or nationality; we are all one family and the fact we don’t acknowledge this is a big reason for why we currently find the world in such a mess.

Winston Churchill was one of the first to call for the creation of a ‘United States of Europe’. And in doing so his aim was to eliminate the European ills of nationalism once and for all.

In his famous ‘Speech to the academic youth’ held at the University of Zurich in 1946, he stated: “There is a remedy which … would in a few years make all Europe … free and … happy. It is to re-create the European family, or as much of it as we can, and to provide it with a structure under which it can dwell in peace, in safety and in freedom.”
We must build a kind of United States of Europe.” (2)

Since Winston Churchill gave this speech in 1946 we have built strong ties with the rest of Europe, we have supported each other and many friendships have been made.

“To build may have to be the slow and laborious task of years. To destroy can be the thoughtless act of a single day.” Sir Winston Churchill (3)

Sir Winston Churchill’s words seem spookily relevant to what happened in the United Kingdom on 24th June 2016. Why, on the grounds of nationalism and idealism, would we want to destroy unity nurtured and developed over many decades?

Yes, being in the European Union has not been perfect, but like any marriage it requires commitment and understanding; Brexit has not shown any commitment or understanding.

On the morning of the 24th July 2016, once the results of the referendum were known, I cried… in fact I cried for hours; I could feel in my body the devastation that such a decision would cause, the stench of separation it stood for and the evil that had been used in the media to sway people.

The media has too often been used as a driver for the energy of separation and in this case we have seen how the media, again and again, used its power to incite blame and mistrust amongst migrants / refugees and the public.

Throughout history we have seen how nationalism and patriotism have been used to ignite and fuel war. We need to remember we are far more than our nationality, race, colour or creed, we are all equal, we are in fact universal and any movement away from this is playing with the same evil that created, instigated and orchestrated World War II.

Further Reading:
Learning from History: Speaking Up Against the Attacks on Serge Benhayon & Universal Medicine
“He who casts the first stone”
History repeats itself, war after war: on Greek tragedies, Love Actually and a true beginning to the end of war