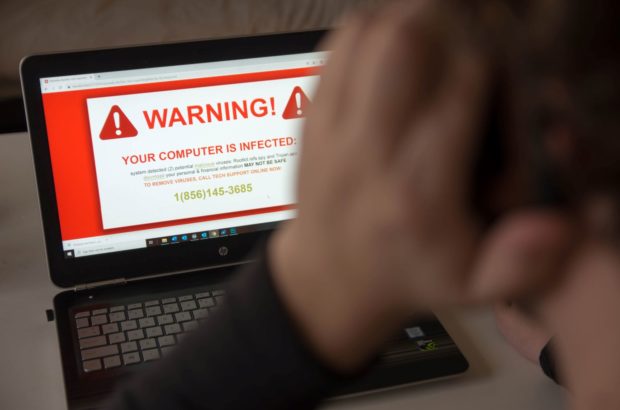 Greed/Corruption, Social Issues 34 Comments on Shredding the Use of Fear-Based Advertising

Shredding the Use of Fear-Based Advertising

By Michael Goodhart · On January 6, 2020 ·Photography by Benkt Haastrecht

Recently I was discussing with a friend how ridiculous some of the current forms of advertising and marketing have become and he related a story to me about a paper shredder company that completely turned around their financial situation from being on the brink of bankruptcy to making massive annual profits after adopting a fear-based marketing platform. They utilised tactics such as imagery of people stealing confidential information from homes and businesses, statistics of identity theft and stories of people whose lives were ‘ruined’ after they failed to shred their documents that contained sensitive financial information, never recovering from this ‘attack by spies’ lurking in the shadows, ending up homeless and destitute.

The need for security of sensitive documents in this day and age of rampant identity theft notwithstanding, the ever-growing use of fear-based advertising and marketing feels to me to be an unhealthy approach at best, and one that perpetuates the emotions and reactions in people that only serve to separate us as a humanity.

Taking a closer look at the manipulative and imposing tactics used by fear-based marketing, there seems to be three main components that are predominantly used to gain more profit at the expense of people’s well-being.

Consider one such online article ‘How to Sell Using Fear’ (1) which outlines three concepts including perceived vulnerability, which presents a problem and incites fear (How likely is this to hurt me?), perceived severity (How badly is this problem going to hurt me?) and efficacy, which is critical in enabling fear to sell and can be described as the consumer’s perceived ability to handle the proposed threat, assuming that if they don’t use the product being offered, pain and suffering will ensue.

And now consider that… All three contribute to the generating of FEAR. In fact, many businesses build their marketing around these concepts.

“Lee Dunn, of British Columbia’s Sauder School of Business, found that people who feel afraid or alone experience an unusually high attachment to the brands closest to them.” (2)

There are literally thousands of examples of this type of marketing out there, from the commercial showing a home infested with nasty cockroaches and termites, the images of starving and emaciated African children that some people even convert into emotions of shame and guilt for the abundance they have in their own lives, to the myriad of fad diets and exercise regimes touted to ‘save’ people from getting fat and thereby being rejected as not attractive. The insurance industry is also rife with these types of ‘doomsday’ scenarios that are used to incite anxiety and a drive for security at all costs.

There is a predominance of this fear-invoking technique in politics as well, as in George Bush’s use of claims of ‘weapons of mass destruction’ in Iraq and the fear of terrorists overtaking the U.S. to gain public support for military invasions of both Iraq and Afghanistan, which have resulted in millions of deaths and untold human atrocities over the last 17 years in both of those countries, bringing more social unrest and chaos there than existed before those wars and ultimately the recruiting of even more terrorists. Or the current U.S. president Donald Trump’s demands to build a multi-billion-dollar wall along the southern U.S. border to keep out illegal immigrants from Mexico and South America because he believes they are taking jobs from Americans and are on average criminals and dangerous, when every single actual statistic shows these claims to be categorically false.

The fact that people tend to seek out connections with others when facing a scary situation, and that there are companies capitalising on this, brought a sense of sadness that we as a humanity have resorted to taking advantage of an innate nature of seeking connection with others, converting it into a manipulative means to gain profit through greed and a complete lack of compassion.

A couple of years ago I had a direct experience with this type of fear inducing advertising being utilised by a ‘sophisticated’ cyber hacking, identity theft group. While on a popular real estate website (commonly perceived to be safe from these schemes), a pop-up box appeared saying that my computer’s firewall had been compromised and that there were only minutes left before all my computer’s confidential files (which would include all financial documents and banking records) would be available to the myriad of foreign hackers attacking my computer. They provided a ‘Microsoft’ tech-support number to call in order to clean my computer of any viruses, spyware/adware and re-establish my already damaged computer’s firewall. Unfortunately, I allowed my mind to run wild with fear, lost connection to my body and thus failed to feel the unlawful intention behind the words of the ‘technician’, falling for this scam hook, line and sinker. I allowed this group of hackers remote access to my computer, paid them $700 to ‘protect me’ and therefore exposed all our sensitive data, resulting in a major ordeal involving the cancellation and renewing of all our credit cards and bank accounts –– filing an identity theft case only after realising later that I had been tricked.

My wife, however, felt and discerned for herself that it was a hacking attempt from the beginning, but because I had already allowed myself to be overcome with the perceived vulnerability and severity of the threat, I was not willing to listen to her advice at the time, and my belief that they were indeed there to help and had the means to do so (the efficacy component) drove me to go ahead with their proposal.

In retrospect, if I would have merely taken a moment to close my eyes and breathe gently (as in The Gentle Breath Meditation™), I would have been able to feel the same falseness in the whole thing that my loving partner was attempting to portray to me.

Whatever the motivation, to utilise a fear-inducing form of advertising for personal or financial gain – be it greed, a sense of control over others when not felt in one’s own life, or the various pressures imposed by upper management within every stratum of business to get results and increase profits ‘at any cost’ – we need to take a closer look at this phenomenon for the harm that it imposes on society. By inducing a whole range of damaging emotions that lead to people making decisions out of a fear of missing out on something (as in a one-day sale that is about to end), or being harmed in some way, these fear-based tactics only serve to separate us, bring a disharmony to the human body by all the stress that they trigger, and cause us to see the world as a threatening and scary place, which makes us contract rather than seeing the beauty in the world and within people that is there to be connected to when we drop the fear and pick up the love that is there inside us all.

I have experienced that By using the Gentle Breath Meditation™ or other powerful body awareness techniques such as Esoteric Yoga, these methods can form a cornerstone of clairsentience (the ability to read energy) whereby we can break through the trickery that is used via imagery to influence people’s decisions in the advertising and marketing industry.

We have placed such a predominant emphasis on our vision telling us what is the truth of a given thing presented to us that we are easily swayed one way or the other, especially by the use of fear, which can trigger an almost instantaneous response towards protection and security that many times results in people making decisions they later regret when they allow themselves to feel the truth of the matter. So, returning to the wisdom of our body as the divinely sensitive instrument that it is (imagine for a moment how a blind person can feel if someone is telling the truth or not) will certainly go a long way in calling out and not falling for the illusion of truth that pictures can impose upon us when we rely on our eyes alone.

When we begin to trust the signals that are coming from our most invaluable ally (our body) and let go of any complicated mental techniques to deduce the truth of a matter, we can not only avoid being hoodwinked by unscrupulous practices, but also open up a whole new way of approaching our lives, using the intelligence of our inner heart to lead us in a more settled and knowing manner rather than being controlled like a puppet by our minds when they are manipulated by fear.

Further Reading:
Shopper Dockets & Alcohol Abuse – Is There Such A Thing As Responsible Service Of Alcohol?
The Big Picture of Saying No to the Small Print
Marketing Religion