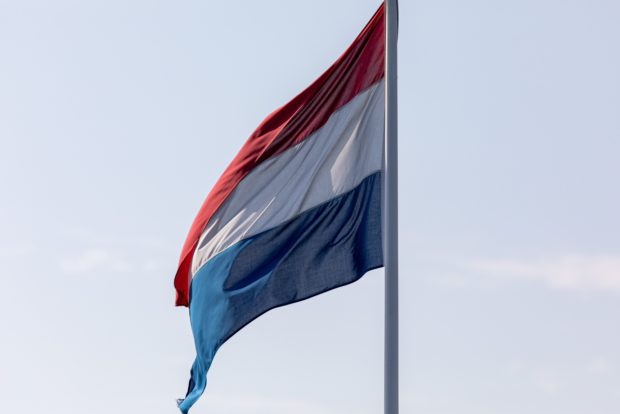 Global Issues, Social Issues 72 Comments on To Flag the Truth

To Flag the Truth

By Michael Goodhart · On July 19, 2019 ·Photography by Nico van Haastrecht

Something occurred to me the other day when I noticed the U.S. flag was at ‘half-mast’ at my workplace after yet another mass shooting that occurred here in the States. We use this tradition to honour the victims of various acts of violence or natural disasters/accidents who live in our own country, and yet we don’t bat an eye and maintain this tradition when the same type of tragedies happen in other countries.

To me, due to the levels of violence, corruption, domestic abuse, wars, famine, illness and disease that currently exist on Earth, every nation should be flying their flags at half-mast if they truly want to honour that tradition until all these issues are healed throughout the world.

What the current model shows me is that each country in the world tends to consider itself as an individual, rather than an aspect of a greater whole, which it is inextricably interwoven with and connected to, with every action that we make as a person, state, government and country having a direct effect on every other living being on the planet.

This is not to say that we should go around trying to fix everyone else’s problems when it is each person’s and country’s responsibility to work on and heal those issues that keep them from living with true wellbeing, joy and harmony. But when we become insular and look at life through the lens of ‘me and mine,’ whether it be within our own families or on the grander scale of a country, it creates a scenario where we lose touch with the innate connection, sensitivity and love we have with everyone else, which is the thing we all truly crave, and which is our natural way. This then becomes a fertile ground for calculating actions and abuse of all kinds where we justify our greedy or self-centred ways based on a belief or ideal that we just have to take care of ourselves or our immediate family, business, country, even if it means that others will be suffering as a consequence.

Another outplay of this protected way of living can be the harmful expression of supremacy, where through a judgement of one person or group (namely ‘me and mine’) being more important or better than another, there develops a mode of protection, favouritism and eventually persecution of other groups of people. It usually begins with some kind of undealt-with emotional hurt that has never been healed. This can show up within families first and then spread to work and eventually to even government policy as one aspect of life cannot be disconnected from another because everything affects everything else. This is something that tends to be overlooked, as if people’s family life has no impact on their work life, which is the same as saying, “If I remove someone’s left kidney, it won’t have any effect on the rest of their body’s physiology.”

So as long as we maintain an individualistic and nationalistic approach to the world, to me this will guarantee that there remains an ‘us and them’ attitude, which will spawn all sorts of division and eventually sustain the wars that are still so prevalent, and which really start out as the wars within ourselves when we are resisting and fighting our true nature within.

As an alternative, we could one day fly one flag for the whole planet, one that represents humanity as a unified whole. How about a flag with a picture of a beautiful multifaceted star? After all, that’s where we all come from!

There is a real irony in the way in which flags have been used for thousands of years to designate certain tribal groups and eventually whole countries. And that is because even though the intention may have been to symbolise a sense of unity and brotherhood among these groups of people, in the end it has often resulted in a classification that has actually separated people and further cemented the divisions that eventually lead to the wars previously mentioned. It’s just another way to say, “We are different to you” instead of approaching life in a way that realises that we are all the same and from the same source. Perhaps through the acceptance of this true knowingness of equality, we will someday let go of any need to mark separate lands or separate people in any way by adopting our true heritage as Universal beings.

Further Reading:
Our Diamond Within
How I Used my Mind to Protect Myself from Others
The Four Pillars of Evolution